4 Kommentare August 19, 2019by Jens
Hey, guys! Just a heads up: The linked offer is already a bit older and the price of the gadget might have changed or it might not be available anymore.

Even your doorbell should be smart, and you want to know on the move when someone comes by your house? Then such a smart bell might be interesting for you. We tested one of those bells, the 360 D819. 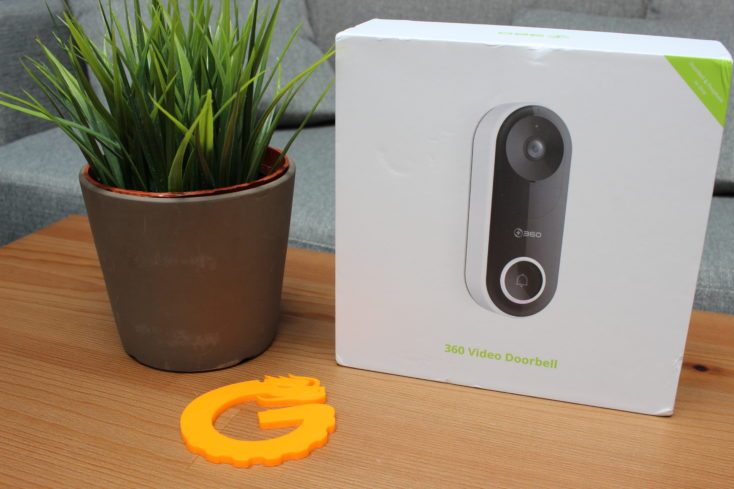 Qihoo 360 Technology is a Chinese IT security company known for its antivirus software. We only knew the tech giant as a manufacturer of vacuum robots (360 S5, S6 & S7), but smartphones, search engines and home security products are an even bigger source of income.

The reputation of Qihoo 360, however, is somewhat questionable: The business magazine Forbes describes the company as “controversial”, and the Chinese were accused by Anonymous of displaying the views of their own website significantly higher than in reality, thereby trying to attract advertisers.

Equally controversial is the legal status of this gadget, a surveillance camera for the door. Due to the many years of experience with such devices, Qihoo 360 should be able to present a really round product here.

The first impression of the packaging is good. In a square, white cardboard box, safely packed in a suitable plastic form, we find the bell, the base station for the socket as well as various accessories such as cable, wall bracket and instructions. 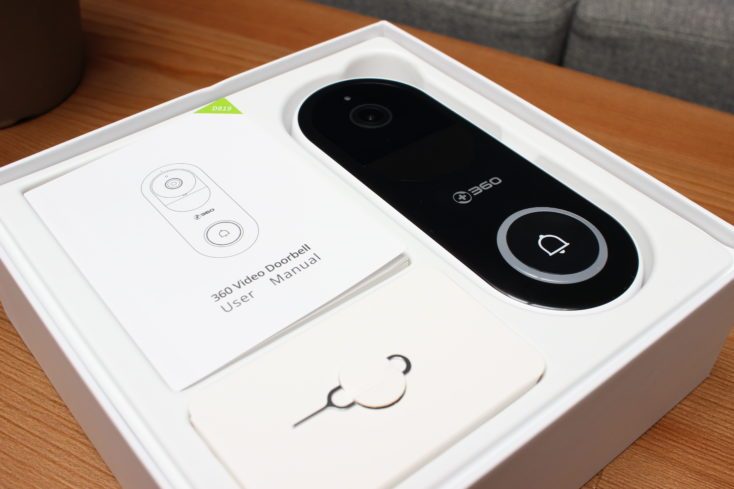 The processing of the individual parts is also impeccable. Both the bell and the base station are highly finished and also look good in the matt white. Only the front of the bell is black and reflects strongly. Next to the 360 lettering there is of course the actual bell button as well as the camera. 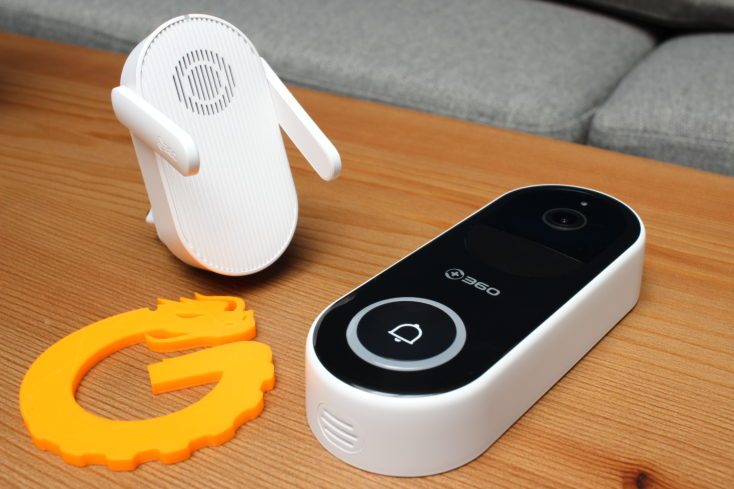 The so-called base station, which is plugged into the socket, unfortunately only has a Chinese mains plug. But an adapter is included, and unlike some other gadgets, it is of acceptable quality. All parts (except the adapter) are CE marked. 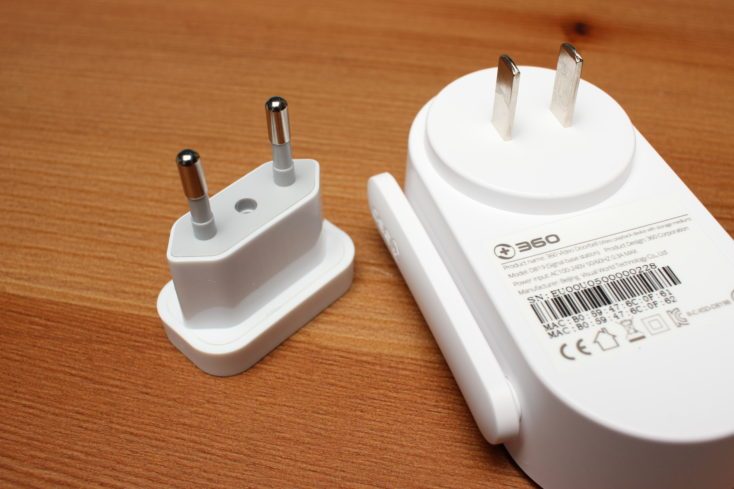 That leaves the instructions. The small booklet is quite thick with almost 200 pages, which is due to the fact that it has been translated into a total of ten languages. The translation is by far not error-free, but at least understandable. Setup, assembly and functions are well explained here; a QR code leads to the app after all, even if its functions are not discussed further. 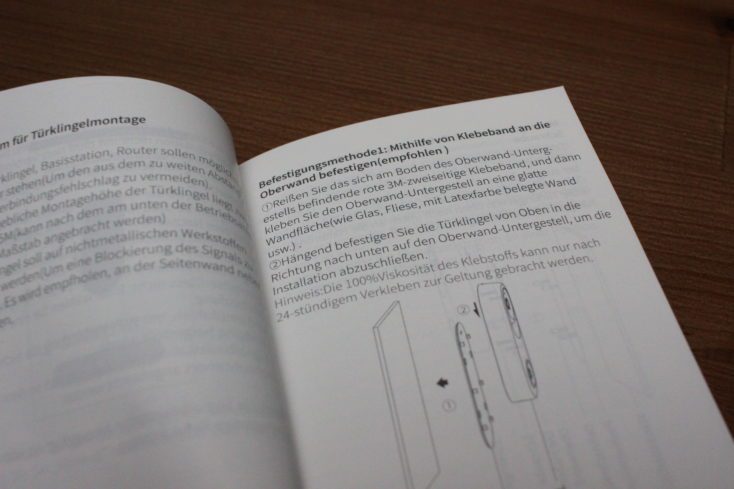 The QR code leads you via a Chinese website to the Playstore and a Chinese app, which after downloading is simply called 360 camera. It needs a lot of permissions. Sure, the camera has to take pictures and save them, but it also needs a bit more. You don’t have to assign all permissions, but during the setup process you may stumble over the many requests. 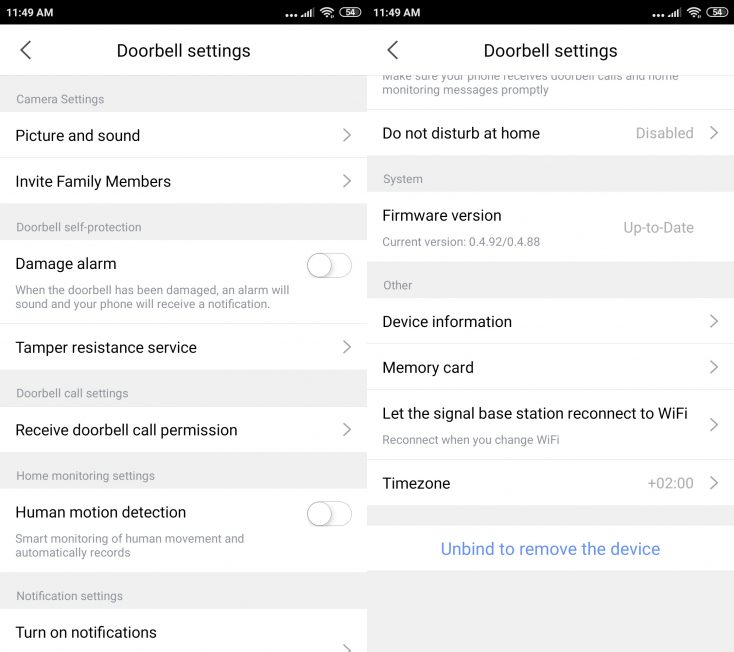 The design and interface of the app are basically ok, even if the translation here is a little bit worse than in the manual. Once you’ve set up the bell and connected it to the app, you’ll find all the settings here in the menu. Motion detection, night vision, volume and more can be switched on and off.

Recorded videos are also saved and uploaded to the cloud. More about the problems that this brings with it. 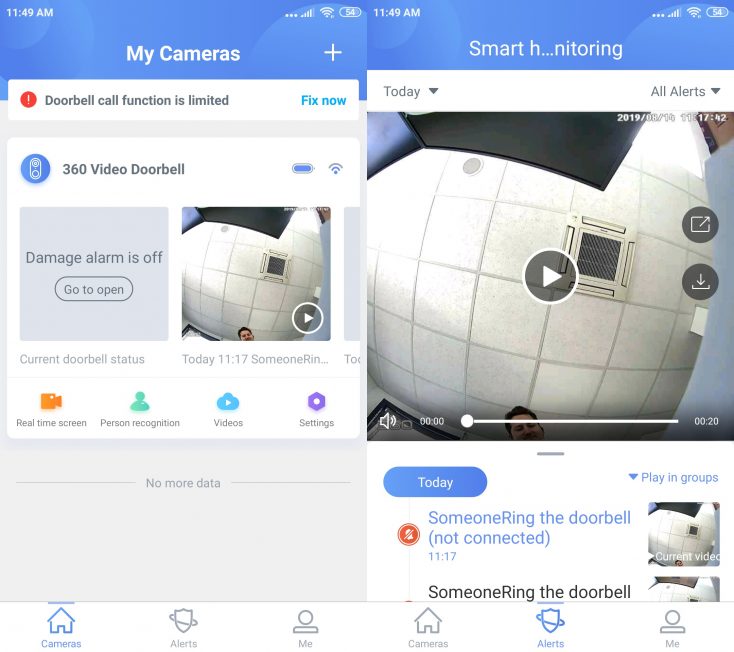 Setting up the bell

The manual explains the setup pretty well, so I’ll be brief here. First of all you need an account, which doesn’t need any information except a mail address and a password. Then the base station has to be plugged in first. In the app you can then connect it to your WLAN, whereupon you can already use the bell. 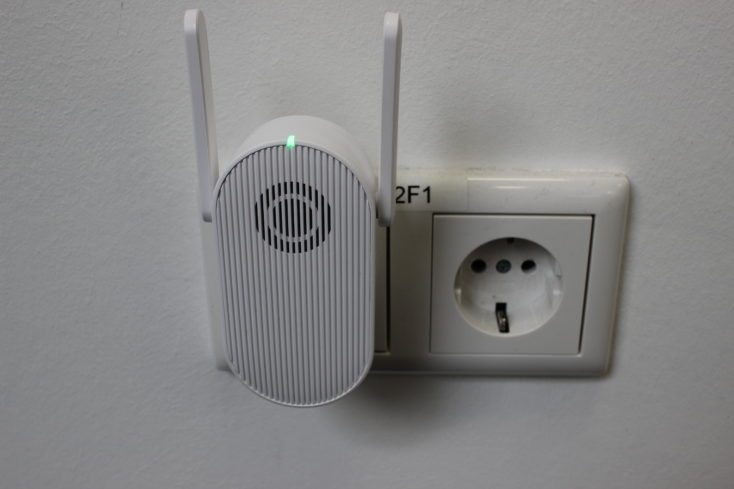 By default almost all features are activated. Switch off motion detection first, otherwise the camera will record and upload a video of you every few seconds to minutes. I would deactivate everything first and then decide step by step what you really want to use. 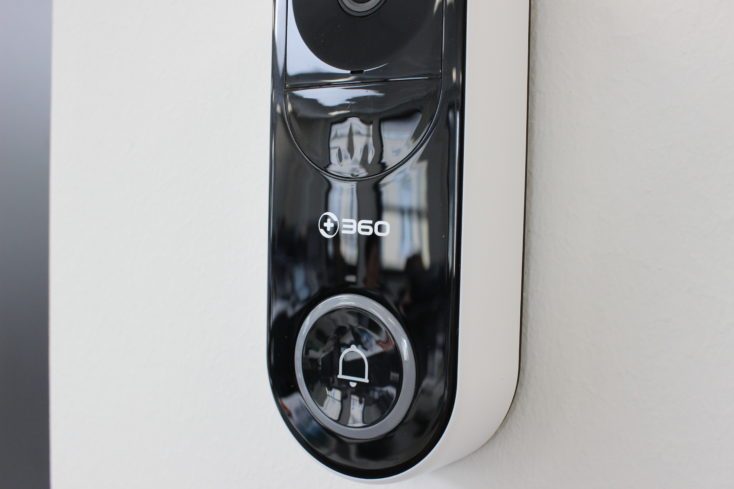 If someone presses the bell button, a beep sounds at the base station. So it should be hung up so that you can hear it in your flat, as centrally as possible or in the room where you usually stay. There are five beeps to choose from: A “normal” ringing, a version with an English announcement that someone is at the door, and three melodies. The melodies are a matter of taste, but the normal ringing is bearable for all ears.

After setup and with a fully charged battery, the bell is supposed to last six months. So the bell has to be charged at least twice a year.

What can the 360 D819 do now? Ringing the bell is all very well, but it becomes smart when used with a smartphone. If you have activated the function, you will also be informed on the smartphone when the phone rings. That looks like a call that you can accept or reject. Suppose you’re watching a live video of the doorbell and can talk to the person in front of the door. You can even do that if you’re not at home at all. The resolution of the camera is Full HD and apart from a obvious fish eye effect it’s good. 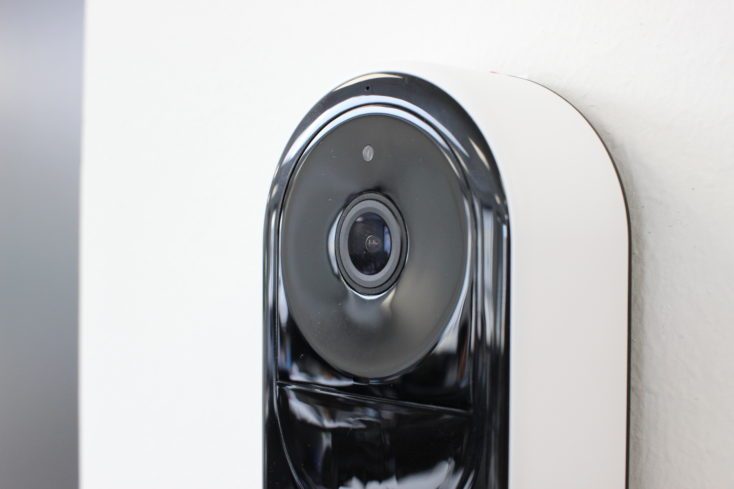 Motion detection records a short video of a few seconds each time someone passes in front of the camera. The distance at which the sensor detects motion can be adjusted in three stages. Here, too, you can be notified on your smartphone every time. The whole thing works reliably at short distances. Every time someone approached the bell, the camera also triggered.

I haven’t been able to try facial recognition completely so far. There is no menu option in the app to save faces, for example. Instead, repeatedly recognized faces should be saved. Additionally, it depends on how reliable the recognition works. As soon as I can tell you more, I’ll add to the article here.

The recordings are uploaded directly into the cloud of the manufacturer, there is no memory. But there is the possibility to use an SD card to store the recordings.

There is also an alarm function in case someone gets tired of the bell. If it is removed from the holder, you will hear a warning tone and an English announcement, and you will be informed by a notification on your mobile phone. You will also see a recording of the person in front of the bell. You can also add more people to your account, primarily for family members and roommates.

A few months ago we tested the Xiaomi Zero, a bell that works on the same principle. The advantages and disadvantages are actually the same. In terms of features, the 360 D819 is a good product. The motion detection works reliably, the quality of the camera is still good even in low light. Also the connection with the smartphone and the transmission of the video worked with us every time. Here, the bell is even better than the Xiaomi version, which had occasional connection problems between the bell and the smartphone.