0 Kommentare August 12, 2021by Jens
Hey, guys! Just a heads up: The linked offer is already a bit older and the price of the gadget might have changed or it might not be available anymore.

8Bitdo was previously known mainly for accessories for Nintendo consoles. Now they are adding a multimedia remote for the XBOX Series X and XBOX Series S called 8Bitdo Media Remote to their extensive portfolio of controllers and gamepads. 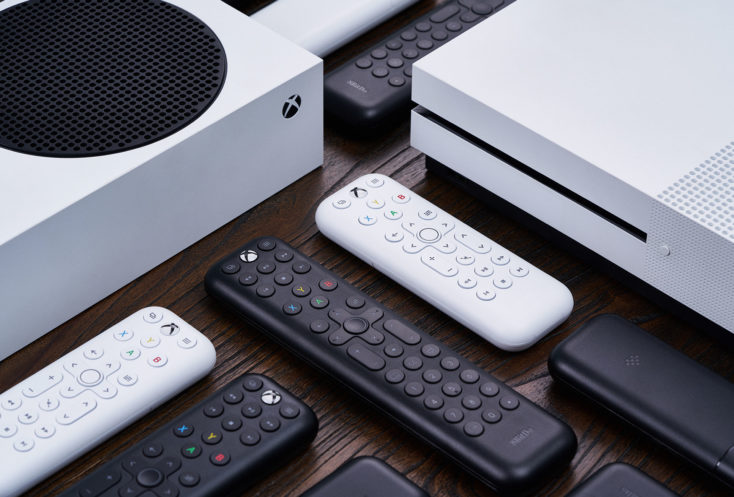 8Bitdo is always somehow associated with Nintendo. The design of most controllers is based on the look of the classic Nintendo consoles NES and SNES. Even more, the name is more or less clearly based on the Japanese video game company; the logo with the outlined font looked confusingly similar to Nintendo’s at times.

Now, however, they are also targeting XBOX owners as buyers and presenting the 8BitDo Media Remote for the XBOX Series X and S as well as XBOX One. Especially the latest generation of Microsoft’s console is more than just a video game platform, but can also be used for streaming services like Netflix, Apple TV and Disney+.

Otherwise, there are the keys of the XBOX controller including A/B/X/Y and home button as well as media keys for navigating while watching series.

The main idea behind the remote control is probably that it is simply more intuitive and pleasant to use than a gamepad. The idea is far from new. XBOX-compatible remote controls can also be found on Amazon, such as this model for 19,99€.

Since 8Bitdo already has some years of experience with console accessories and controllers in particular, their 8Bitdo Media Remote for the XBOX should be an interesting option for everyone who is thinking about buying such a remote control. I’ve had mostly very good experiences with the brand’s gamepads, of which I own three myself.

What about you guys? Do you own an XBOX and would you buy a remote control for your console?