0 Kommentare March 31, 2020by Jens
Hey, guys! Just a heads up: The linked offer is already a bit older and the price of the gadget might have changed or it might not be available anymore.

8Bitdo is known for controllers in retro design of old Nintendo consoles. The 8Bitdo SN30 Pro+ keeps this tradition, but is more similar to the current Pro Controller of the switch. Since I ordered the controller myself and am currently working from home anyway, my review is also included here. 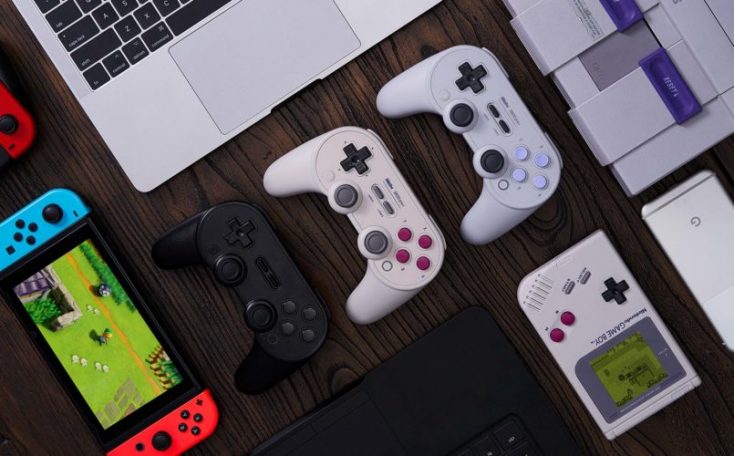 Why a Bluetooth Gamepad?

Let’s start with a general part: Do we even need a gamepad like this? When playing on the smartphone, at least in the long run, it’s annoying to have to press around with too big fingers on the already too small display. It is inaccurate, slower and also less intuitive. A Bluetooth controller can make the difference between victory and defeat in racing games, shooters and hectic RPGs on the mobile phone.

The Nintendo Switch is similar. I probably didn’t buy most of the controllers at the beginning, but used the Joy Cons (and played through Zelda with it). Because they were cheap, I eventually bought two controllers from 8Bitdo, because I liked the design and needed controllers for the multiplayer. The last controller I bought was the original Pro Controller. And as beautiful as the retro models look, and as practical as the Joy Cons may be – the larger Pro Controller is by far the best. It fits better in the hand and allows a more precise control due to the larger sticks. All the more I’m happy to see that there is a similar controller available from 8Bitdo, whose products I’ve mostly liked so far.

When it was a bit cheaper a while ago, I treated myself to it. And since I already have it here, I can actually give a field report about it.

Especially in the black version it looks quite similar to the Pro Controller. In the two grey versions you are closer to the design of the old SNES controllers. Wine-red or light purple buttons as well as the shape of the Start and Select buttons immediately bring back memories. The controller weighs 222 grams and measures 153.6 x 102.7 x 64.3 mm. 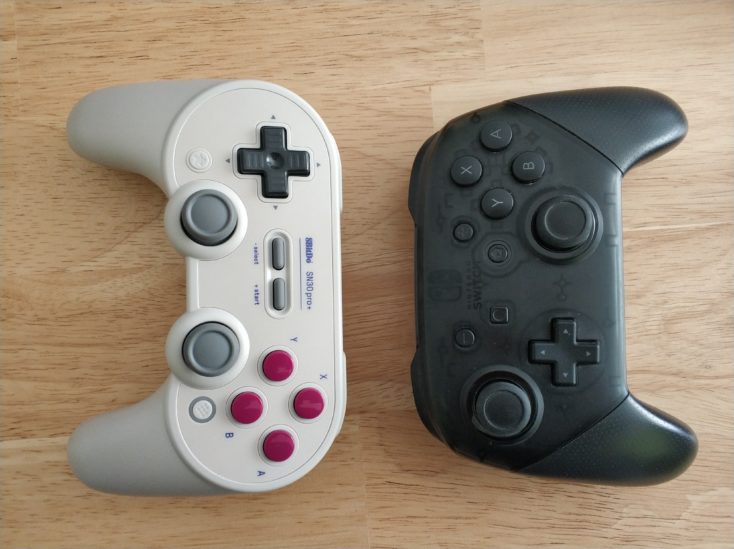 The buttons are the same as on the Pro-Controller. Control pad, Start/Select (corresponds to +/-), A, B, X, Y, two additional keys (home and screenshot) and two analog sticks. There are two shoulder buttons on each side. The difference to the Nintendo controllers is the position of the sticks, which are both located in the middle of the Playstation controller. 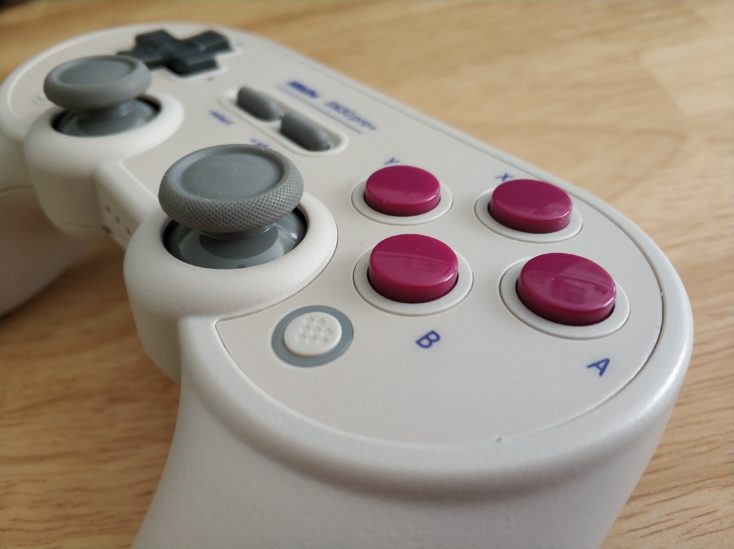 The two additional handles (in contrast to the older 8Bitdo models) make a huge difference. Thus the handling is worlds better than with the classic SNES gamepady. The SN30 Pro+ is therefore in my opinion the first 8Bitdo controller that can really be used as the “main” controller for gaming. The two N30 Pro and SF30 Pro that I have are both used as emergency controllers when four or more people want to play Mario Kart.

However, I wouldn’t say that the SN30 Pro+ is better than the Nintendo Pro Controller. Even though the latter looks a bit bulkier, it’s smaller overall and feels a bit better. Due to the reversed arrangement of the control pad and left analogue stick, some people might find the handling of the 8Bitdo more appealing.

I could now go into more detail about the controls. For example, the two analog sticks are slightly harder to move than those of the Pro Controller. The control cross, on the other hand, is much more comfortable to press than on Nintendo’s gamepad. And with the 8Bitdo Ultimate software, which can be downloaded free of charge from 8Bitdo, macros can also be assigned to the keys. I’ll spend a few weeks with the SN30 Pro+ and wait to see how well I get on with it in contrast to the Pro controller before making a final judgement. But the impression so far is good to very good.

Setting up the controller

The SN30 Pro+ is connected with Bluetooth 4.0. It is compatible with Android smartphones, Windows and also macOS, but according to the manufacturer’s information, not with iOS and thus iPhones. The Nintendo Switch is supported as well as the Switch Lite from firmware version 9.0.0.

The first thing I did after unpacking was to try out the controller with my Switch. To do this, it has to be coupled once, but that’s quickly done. The only condition is that you read the manual correctly. For each operating system with which you want to pair the controller, there is a different combination of two buttons with which the controller must be switched on. For the switch this is “Y+Start”, for Android it is “B+Start”, and so on. 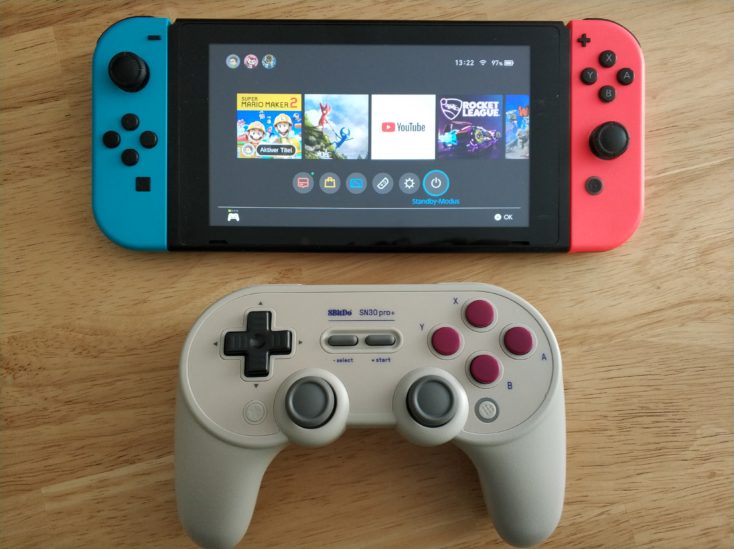 Afterwards I tried the controller with Windows, where the connection via Bluetooth also worked fast. The few games I tried were also fully supported. Even though I will probably not use the controller on my mobile phone, I tried it here too and at least I could play Asphalt 9 without any problems. This refers to my Android phone, iOS is not supported (although macOS is, which I don’t use either).

My conclusion about the 8Bitdo SN30 Pro+

So far I am absolutely satisfied with the purchase. The controller looks cool, fits very well in the hand and the connection to all systems is extremely easy. In short: It is simply a good product that I can recommend to everyone without reservation. In the end, the crux is only the price.

The SN30 Pro+ costs between $40 and $50 – cheaper than the Nintendo version, but more expensive than some other third party controllers. If you don’t like the design and the flexible use, you can still go for it. If it is available for well under $40, it will be really interesting for everyone else as well.