8Bitdo XBOX Controller for XBOX Series X and S for $44.99

8Bitdo already cooperates with Microsoft and we already wrote something about the remote controls for the XBOX a few months ago. However, there are also controllers from 8Bitdo that are specially designed for the console. They combine the classic Nintendo gamepad shape with the XBOX design. 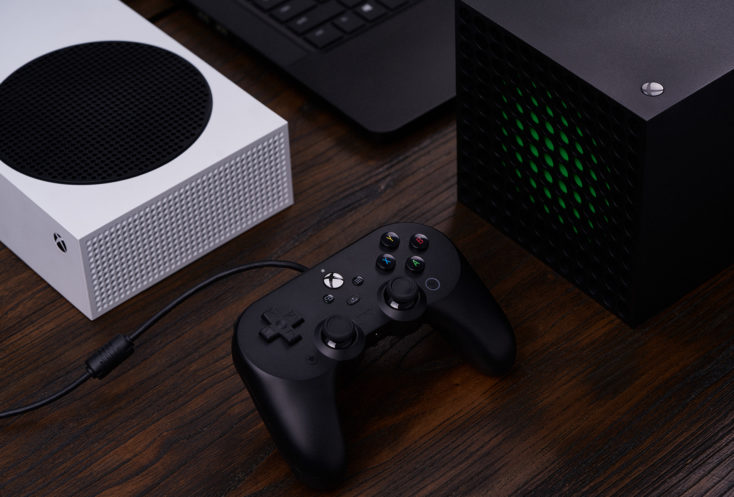 These are two different controllers, both of which are variations of existing 8Bitdo models. The “Pro 2 Wired Controller Designed for Xbox,” as 8Bitdo calls it on its own website, is an evolution of the 8Bitdo Pro 2, and the smaller controller is largely identical to the 8Bitdo SN30 Pro.

What both models have in common is that the typical XBOX button is in the middle. This alone makes them immediately recognizable as XBOX controllers. They also both match the typical black color of the console. These are officially licensed accessories.

The Pro 2 controller, which has much better handling due to its grips, is compatible with the current Xbox Series X and Xbox Series S as well as the Xbox One. Moreover, it can be used under Windows 10 (and 11) – just like the original controllers. On the bottom, there is a jack port for a headset and a button to mute the microphone.

The buttons can be freely assigned via the 8Bitdo Ultimate software. The sensitivity of the sticks, the vibration and more can also be adjusted. The software is suitable for both controllers. 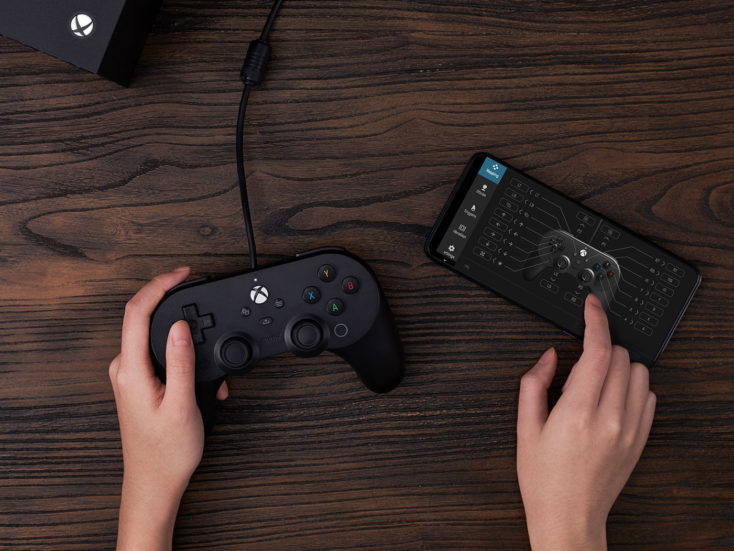 The smaller SN30 Pro, on the other hand, is not advertised as an XBOX controller. Instead, it is intended as a gamepad for Android smartphones. There is an extra clip, i.e. a holder, to attach the smartphone to the controller. It is partly sold together with the device or can also be purchased separately. However, it was already available for the classic SN30 Pro. The version with the XBOX design is now supposed to be explicitly suitable for XBOX games via cloud gaming. 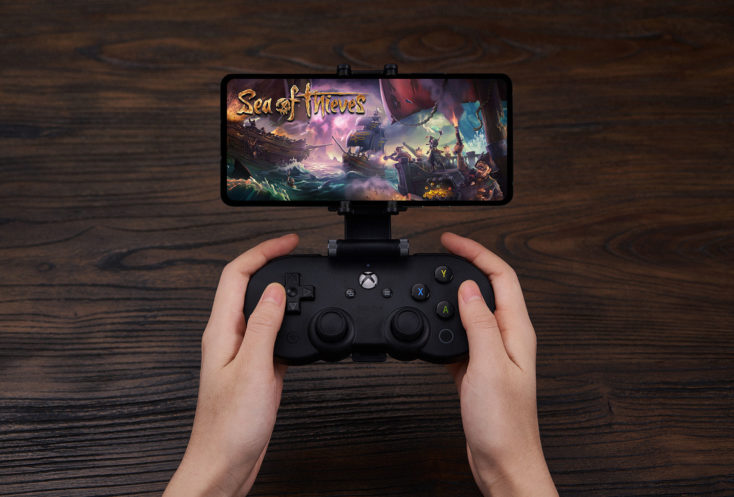 From Nintendo to Microsoft

8Bitdo has always been closer to Nintendo than to other console manufacturers. Apart from the fact that the brand name alone was strongly based on the Japanese company, the design of the controllers also corresponded to the classic Nintendo consoles. Most recently, they advertised that the controllers were compatible with the Nintendo Switch. One of the manufacturer’s most popular products is the Bluetooth adapter, which – and this is where XBOX comes into play for the first time – allows controllers from other consoles to be used with the Switch.

So now they are turning their attention to other consoles as well. In addition to the remote controls for the XBOX Series X and S, there are now also controllers. So XBOX owners can also enjoy an 8Bitdo, which was previously reserved for PC, mobile and Switch players. Both controllers are available for a price of about 40-45€ on Amazon.