0 Kommentare October 8, 2018by Thorben
Hey, guys! Just a heads up: The linked offer is already a bit older and the price of the gadget might have changed or it might not be available anymore.

In the course of future Smarthome articles I took the Alfawise socket and flashed it with Sonoff-Tasmota (see below). Without problems. For those who don’t understand anything: If you need cheap remote control sockets that don’t ” talk ” to China, but can be perfectly integrated into home automation software like Home-Assistant.io (HASS.io), you should read on!

The Alfawise WiFi smart plug should also be usable with Amazon Alexa or Google Home in addition to app control. The market for smart plugs has become quite confusing in recent years. Between many good products there are unfortunately also black sheep again and again. How the Alfawise smart plug did well in the test and why the popular Sonoff S20 socket is damn similar, you can find out here. 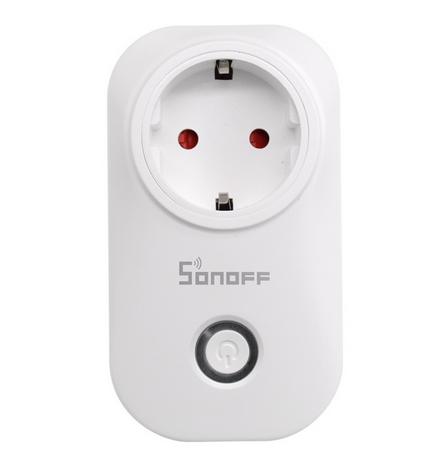 Scope of delivery and processing

All that is included in the delivery is the smart plug and a user manual. This is not only in Chinese, but also in German, English and other languages, although not always grammatically correct, but in any case understandable. The socket outlet has a CE mark. 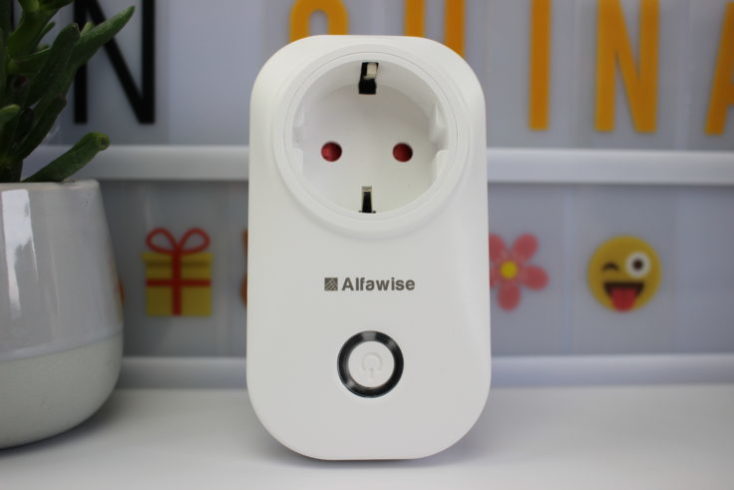 Altogether the Alfawise WiFi smart plug makes a trustworthy and solid impression. Some other smart plugss from China already look sceptical at first glance when it comes to safety. There are no manufacturing faults or other defects to be found. Also the interior (see below) is well soldered/wired. It is tightly closed all around. Not without reason the Sonoff S20 is praised on the Internet. By the way: In standby mode, the smart plug consumes 0.8 watts. 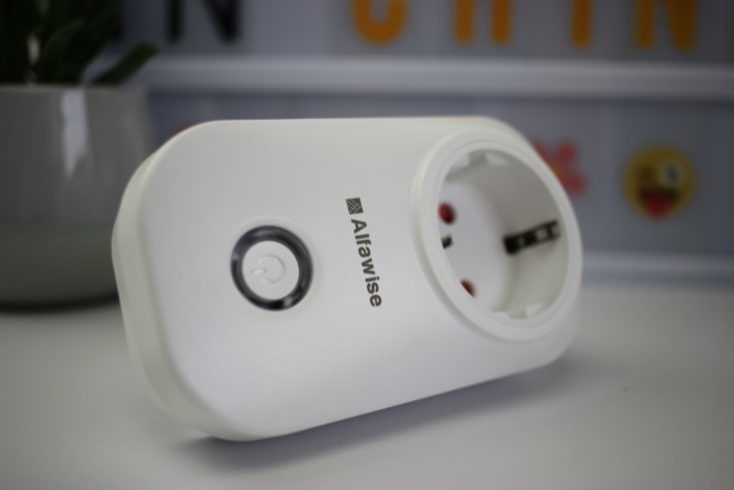 Connecting the Alfawise smart plug to the WLAN

The eWeLink App must be installed on your smartphone in order to be able to integrate the plug into your home WLAN. This is available for both iOS and Android:

eWeLink Android App
eWeLink iOS App
If you want to add a new adapter with the app, this is very easy in the test, because each step is explained individually.

Afterwards, the smart plug, which I called a fan in the test, can be switched on and off with the app. In addition, a timer can be set so that the plug functions like a timer. Unfortunately the Alfawise WiFi adapter only supports 802.11 b/g/n WLAN, which was no problem in the test.

Pairing the Alfawise WiFi power outlet adapter with an Amazon Echo or a Google Home is quite easy. This is done as usual via the smartphone app of the respective service. 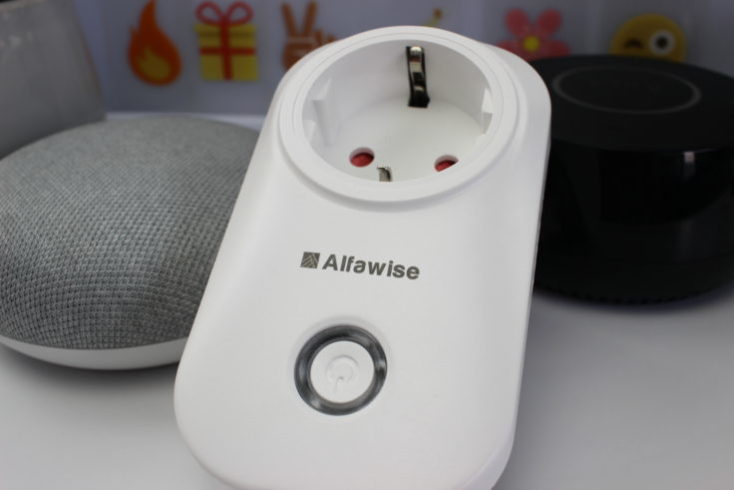 At Amazon Alexa you have to search for the eWeLink service under the menu item “Skills” and select it. Everything else is done automatically by the app. The name, in our case “fan”, is also used. For example, the smart plug can be operated with the voice command “Alexa, switch the fan on/off”.

Since the Alfawise WiFi Smart Plug is only a branded Sonoff S20 socket and also uses the same app, the suspicion is obvious that the Alfawise model can also be flashed with the extremely popular Tasmota firmware (and Espurna).

I have done this successfully with this manual and my Raspberry 3B. Pay attention when flashing: When flashing, be sure to disconnect the power socket! In addition, you should have the necessary experience/expertise.

The socket can be opened quickly after removing three screws. 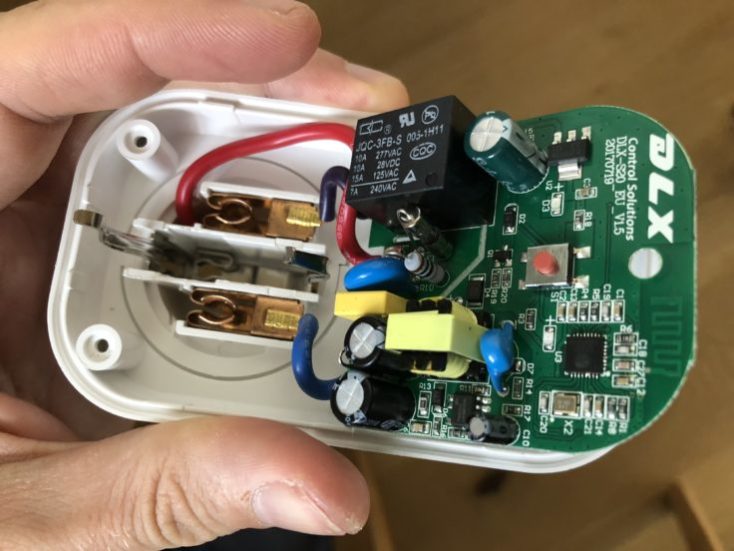 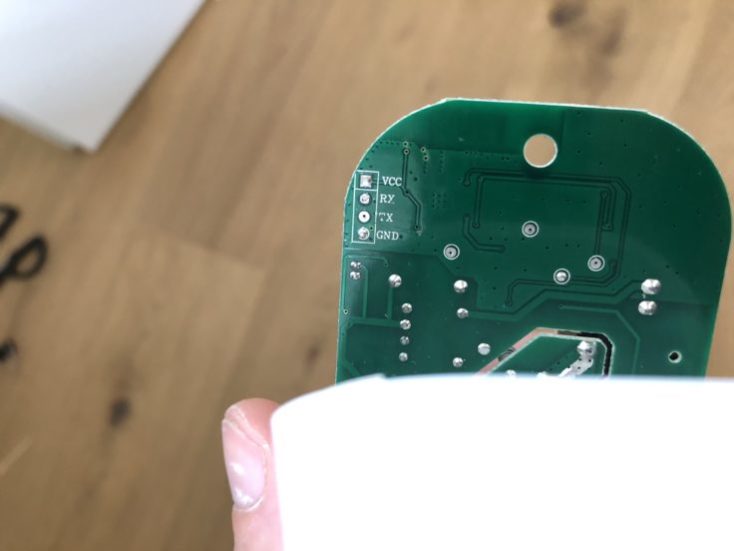 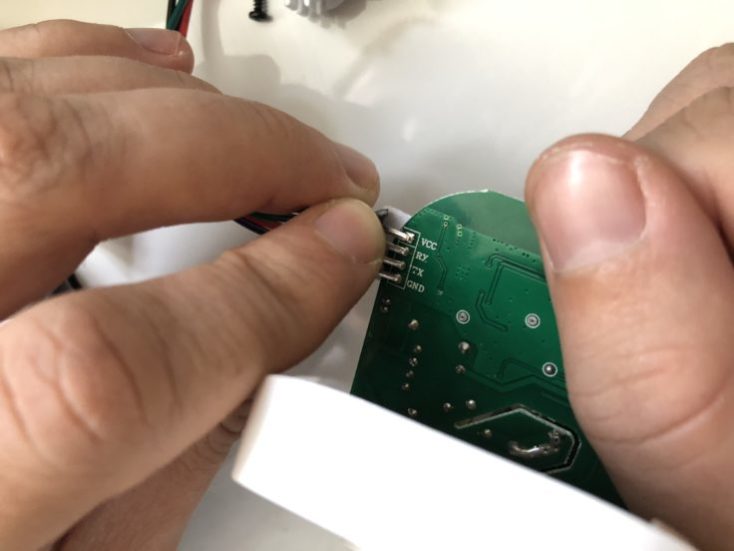 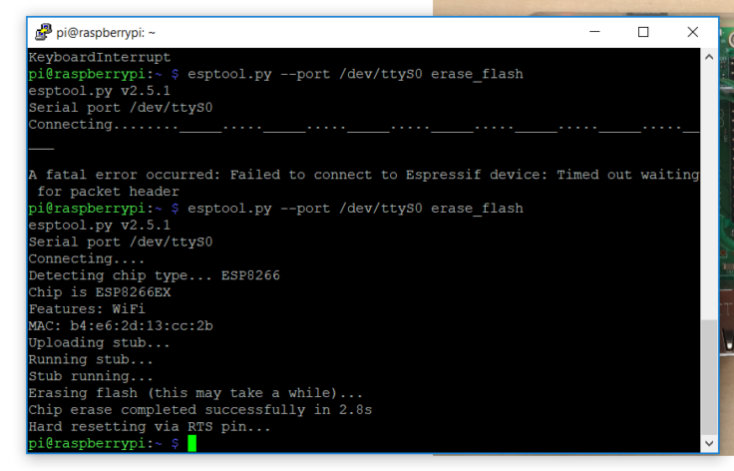 The board is held by two more screws. The good news: The Alfawise WiFi Smart Plug, like the Sonoff S20, uses an ESP8266 chipset that we can flash. The bad news: The four required contacts are on the back and already soldered. With a little fiddling or this 3D-printed flash helper the flashing worked like in the instructions linked above.

After the successful flashing and the mounting into your WLAN network the web interface greets you under the assigned IP and you can connect the smart socket via an MQTT broker into your Smarthome. Completely without Smarthome app and monitoring Chinese ;-).

Nowadays the Alfawise WiFi socket adapter is certainly no longer an exceptional gadget. However, it is cheap, well made and easy to use. The eWeLink apps are “OK”. The killer feature for me is the possibility to flash the Tasmota firmware. Thus one is completely unbound and makes a bargain. Whether you buy the Sonoff S20 or the Alfawise Smart Plug, I would make completely dependent on the price and/or the availability.