1 Kommentare March 13, 2018 by Maike
Hey, guys! Just a heads up: The linked offer is already a bit older and the price of the gadget might have changed or it might not be available anymore.

Smartwatches and fitness trackers, known as wearables, are becoming more and more popular as they are also much more affordable than they were a few years ago. Depending on what you expect from such a device, a fitness tracker might be enough. If you want to have more and therefore a “real” Smartwatch, you should keep an eye on the AllCall W1. 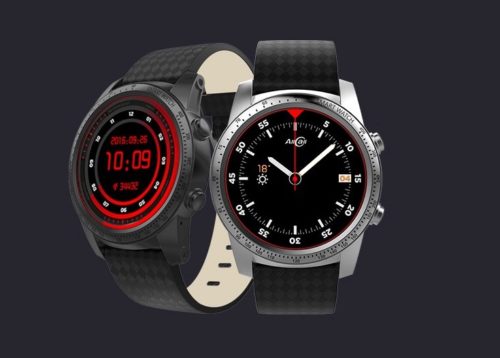 A few years ago, Sony and Pebble probably laid the foundation for modern Smartwatches, and Apple took up the idea and processed it further. While the company from Cupertino relies on a square design, many Smartwatches also appear in the “classic”, round watch design. This also applies to the AllCall W1.

At first glance you can see that this is a men’s watch. This is mainly due to the more massive design. The main dimensions are those of the watch itself, i. e. without a strap. They are 56.5 x 47 mm and 14 mm in thickness. This makes it slightly larger than the Ticwatch 2, which has an almost identical design. Even if the differences are minimal, this is clearly noticeable on the wrist. 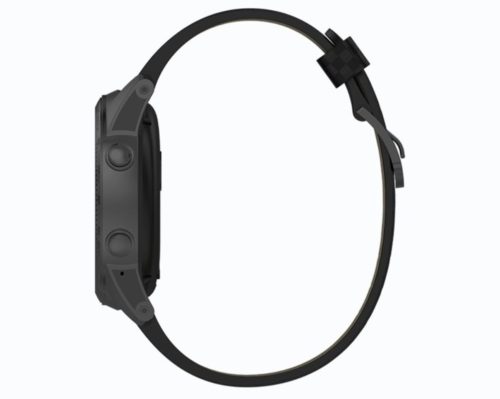 Both have an almost identical display. Both circular screens measure 1.39 or 1.4 inches in diameter. The AMOLED display from Samsung even offers a resolution of 400 x 400 pixels. The watch is made of metal, which underlines the somewhat more masculine tone of the watch. Next to the touch screen on the right side of the display are two buttons. These should both be usable to operate the W1. Opposite is the speaker. The underside contains three important features: the four charging contacts, the heart rate monitor and a SIM slot!

Of course, the wristband goes from the centerpiece of the watch in both directions. This consists of a leather imitation and is visually similar to carbon. We know a similar look from the Huami Amazfit Smartwatch 2.

It’s almost unbelievable how much technology can be found in a watch. The “engine” of the AllCall W1 is the MediaTek MTK6580M processor. This is a quad-core CPU with a clock frequency of 1 GHz. In addition, you get 2 GB of RAM and 16 GB internal memory! This is really an announcement and a memory combination, which is more familiar from budget smartphones than from Smartwatches. The just mentioned Ticwatch 2 or the Huami Amazfit Smartwatch offer only 512 MB RAM and 4 GB of memory.

Moreover, the 400 mAh battery is somewhat larger than that of the competition. We still have to test whether this will also result in better battery life. In any case, the manufacturer indicates a full two days, which would certainly be a reasonable period of time. 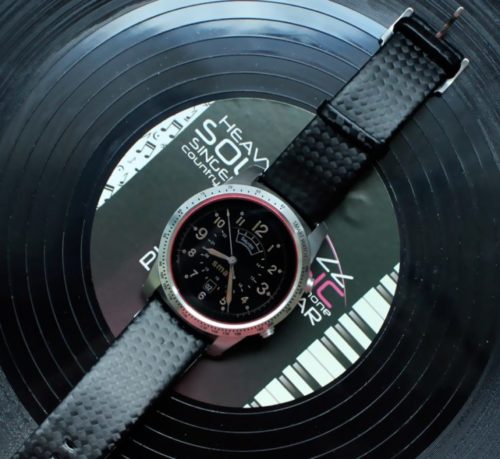 What do you need a Smartwatch for and what is the advantage over a fitness tracker? After all, the hardware installed must also be good for something. The AllCall W1 has the same features as a fitness tracker like the Mi Band 2, so you can wear it to work out and track your activity, including pedometer and calorie consumption. In addition, it can also be used to monitor your individual sleep. A notification function is also included. In that case you can display the notifications from your smartphone on the clock.

A Smartwatch goes one step further than fitness trackers because it is much more “smart”. For example, the AllCall W1 can also be used to listen to music, which is what the integrated memory is designed for. For example, you can also do without your smartphone in the gym or while jogging. Another clear advantage is the Internet support. Since there is a SIM card slot, it is theoretically possible to insert a SIM card and use 3G Internet. For example, to search for something or to use navigation. This should also work via Bluetooth if you don’t use a SIM card. 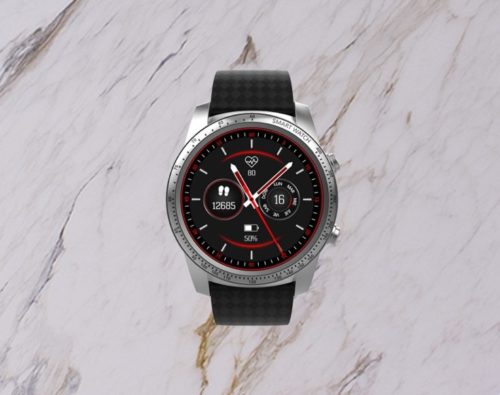 These functions require some technical specifications. As mentioned above, it does not support LTE but WCDMA 850/2100, and supports Bluetooth 4.0 to ensure a good connection to your phone. It can also be connected via WLAN. This works with 802.11 b/g/n WiFi. The integrated GPS module is essential for navigation, but also for motion tracking. A Nano-SIM card belongs in the SIM card compartment.

The operating system used is Android 5.1 and unfortunately no Android Wear or a customized user interface as in Ticwatch 2.

We have tested a few Smartwatches here so far, most of them were less exciting. But the AllCall W1 sounds definitely interesting, especially because of the strong hardware and the large memory as well as the possibility to use a SIM card. We see the unadapted Android software as problematic, because this was often a crux of the Smartwatches tested so far. If you can do without music control, navigation and calls, we can only warmly recommend the Huami Amazfit Bip.

Currently, the Ticwatch 2 is the direct competitor we are currently testing. Do you also find the AllCall W1 interesting for a review? Let us know your opinion in the comments!