1 Kommentare September 24, 2020by Alex
Hey, guys! Just a heads up: The linked offer is already a bit older and the price of the gadget might have changed or it might not be available anymore.

After the first big leak was still talking about an Amazfit Band 6, the Amazfit Band 5 has now been launched in the USA. There you can buy the fitness tracker for $49.90 at Amazon as of September 21. According to the official press release, additional stores are to follow in October. Even though the name has changed, the features remain the same. Compared to Mi Band 5, Amazfit Band 5 “only” offers Alexa integration and an SpO2 sensor for blood oxygen measurement, unfortunately does not offer NFC. 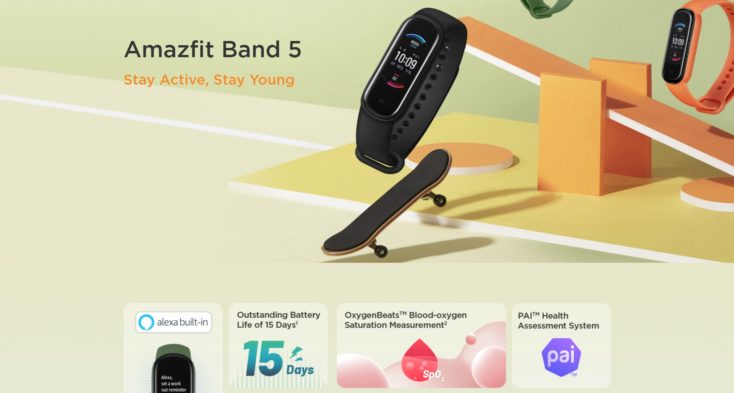 Before the official European announcement there were many rumors and the hope that there will be a Pro version with NFC, Alexa and SpO2 sensor for blood oxygen measurement in addition to the normal Mi Band 5. At least the latter two functions are supposed to be offered by the Amazfit Band 5, for which there was now a big leak. This is apparently a Mi Band 5 under a different name. Since the Amazfit brand is manufactured by Huami, who also produces the Mi Band 5 for Xiaomi, such a rebranding is not unlikely and is a popular strategy of Xiaomi and its partner companies, especially for smartphones.

Small differences to the Mi Band 5

The technical specifications are mostly identical to those of the Mi Band 5, the only differences are the apparently slightly larger bracelet (162-235 mm) and the battery life, which is indicated with 15 instead of 14 days. 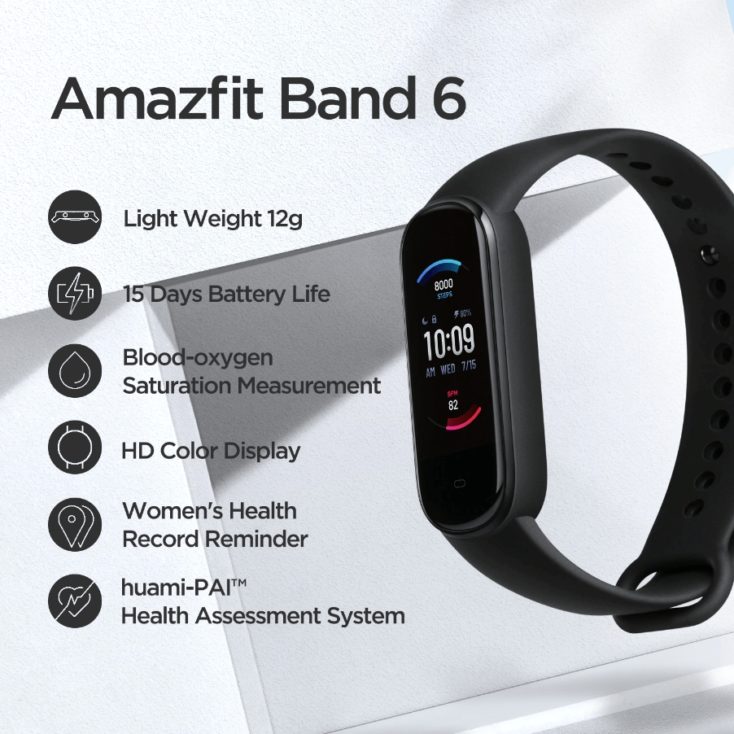 The only external difference I could make out is the capacitive key, which is marked with an oval here, on the Mi Band 5 you find a circle there. But the two most important differences are not really visible on the pictures. The sensor for the measurement of the blood oxygen saturation is of course on the back and also the microphone for the Alexa interaction is not visible. But thanks to Alexa the following should be possible: Ask questions, get translations, set timer and alarm clock, write shopping lists, check the weather, control smart home devices and more. 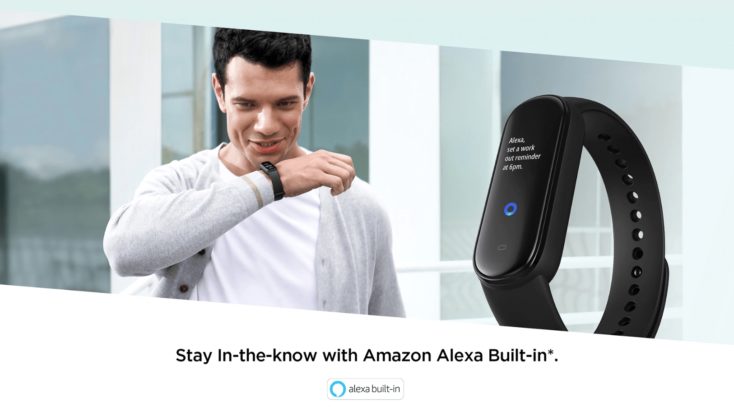 Furthermore, Amazfit OS is specified as the operating system, which is quite similar to the operating system on the Mi Band 5. Practice will show whether this changes the operation or not. Unfortunately it is still unclear when the Amazfit Band 6 will be released and in which markets it will be available. We will of course stay tuned and update this article as soon as there is new information. If you don’t need Alexa and the blood oxygen measurement, you can confidently go for the Mi Band 5, because there are no more differences than those mentioned here according to the current state of knowledge.

I really would have liked to have NFC and a suitable payment option via Mastercard like with the Mi Band 4 in Russia. The Amazfit Band 5 or 6 is a Mi Band 5 Plus rather than a “Pro” and does not trigger a willingness to buy from me as a Google Assistant user. And what about you?