4 Kommentare July 28, 2020by Thorben
Hey, guys! Just a heads up: The linked offer is already a bit older and the price of the gadget might have changed or it might not be available anymore.

The Huami Amazfit Bip S is once again up for sale. At AliExpress, you can get the smartwatch for $54.99 in four different colorways. Alternatively you can also get it at Amazon for $59.99, when you use the $10 Discount voucher.

Wearable manufacturer Huami has long since gained a foothold with its sub-brand Amazfit and has released significantly more models in 2019 than usual. Now one of our and your favorites is getting an upgrade, the Huami Amazfit Bip S is to be presented at the CES in Las Vegas. 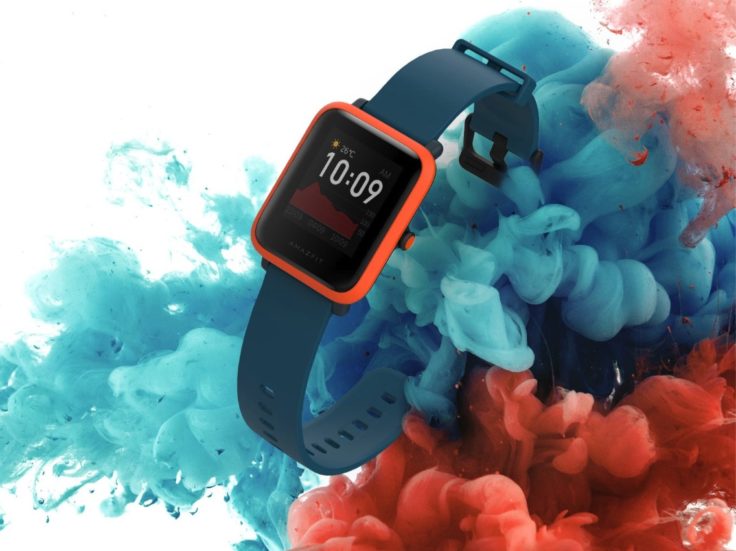 Lighter than its predecessor

Not much has been changed in the appearance of the square Smartwatch in Apple Watch look. The screen edges fall relatively thickly and are not as slim as on the Amazfit GTS. The Bip (2018) and Bip Lite (2019) already used the exact same design. So the 1.28″ large display remains, which is a transreflective Always-On display. This is not an AMOLED panel, the display is simply always on. With this technology the display shows the time even better in strong sunlight. By pressing the function button on the side, the background light is switched on, bringing the display out of standby.

The display resolution hasn’t been announced yet; we expect the same 176 x 176 p resolution. However, first photos seem to indicate that the display quality has been improved a bit, colors look more vivid. The new Amazfit Bip S weighs only 31 g and is slightly lighter than its predecessor. In addition to the classic black, there is a version in white, rosé and one in red. Like the Bip, the new watch is also protected against water. It now complies with the ATM 5 classification, previously it was an IP68 rating. In practice, this will probably not change much, even with the Bip S you can take a shower every day and also go to the swimming pool. That’s why the wristband is again made of silicone, while the watch case is made of polycarbonate and the function button of the watch is made of 316L stainless steel. 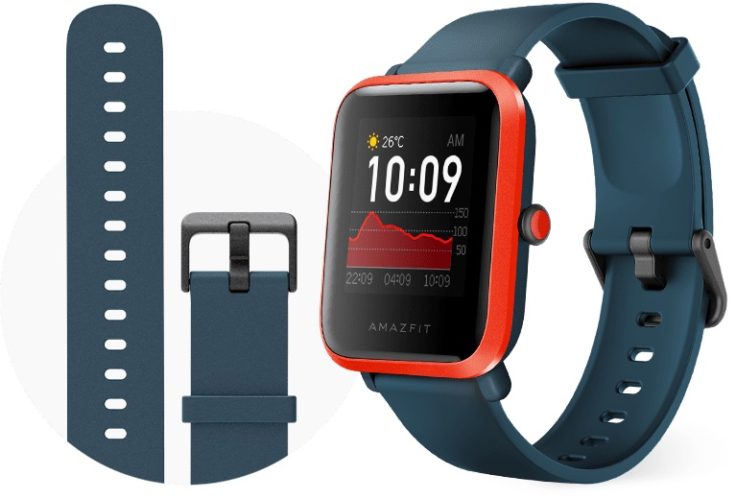 The first Amazfit Bip was not a “real Smartwatch”, but rather a fitness tracker in a class of its own. In the test we were particularly impressed by the integrated GPS and the long battery life. The Amazfit Bip S is said to be able to outdo these once again, the manufacturer speaks of an ultra long battery life of 40 days. This is of course always a little bit dependent on use, Huami gives the following usage for this value: Standard Watchface, 30 minutes jogging per week, 100 notifications per day, 10% brightness. Interestingly, the 190 mAh capacity has not increased compared to the first generation.

You also rely on a proprietary operating system again. It offers classic features like weather, alarm clock, timer, pedometer, sleep tracking and notifications. New is finally the music control, which was not even included in the Amazfit Bip Lite. This allows you to control media players on your smartphone, although this will probably be limited to volume and next track.

In contrast to the Bip Lite, the Amazfit Bip S also has GPS, actually a 28 nm GPS chip, which is supposed to work even more precisely than its predecessor. Since Amazfit has not spilled glory on the GPS in the more recent models such as the GTR, we are eagerly awaiting a practical test here. Permanent GPS use should be possible for 22 hours. For the 10 sport modes (new are swimming, yoga and free training) an improved heart rate monitor has been integrated that measures the heart rate “permanently”.

After the slight disappointment about the Bip Lite, we, especially myself as a long-time Bip user, are very excited about the Amazfit Bip S. The Bip S is a cautious upgrade, but a good one. You stick with the strengths, display and battery life, and want to improve them further. They have also added little extras like new sports modes and music control. The Bip S will replace the first generation in the long run, the official starting price of around $70 will level off accordingly. What do you hope for from the S-version?