0 Kommentare December 1, 2020by Thorben
Hey, guys! Just a heads up: The linked offer is already a bit older and the price of the gadget might have changed or it might not be available anymore.

While we are unfortunately still waiting for our review sample of the Amazfit GTS 2, the wearable manufacturer in China has introduced a mini version of the popular watch. The Amazfit GTS 2 Mini is not only smaller but is apparently also intended to replace the first Amazfit GTS in the long term. 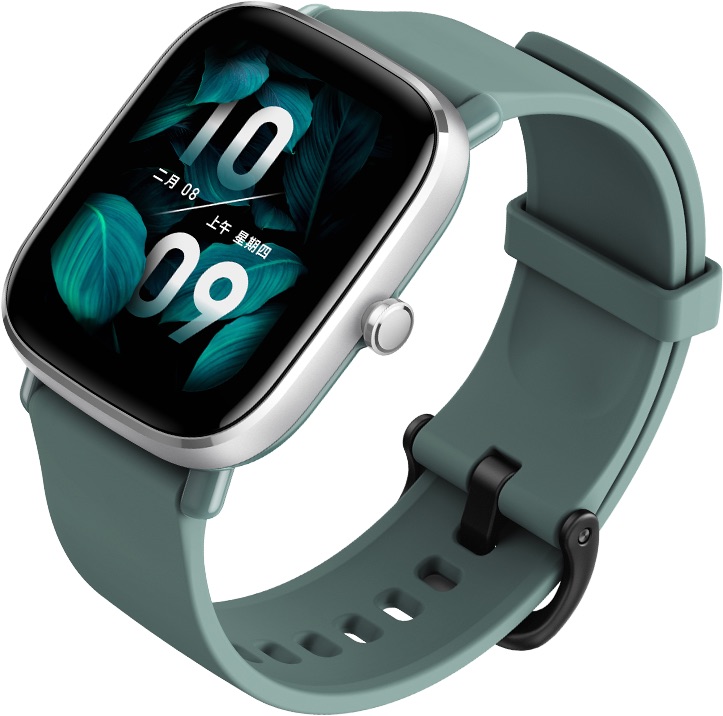 The fact that one wants to overshadow the first generation can be seen at first glance, because the GTS 2 Mini and GTS 1 look more similar to each other than the GTS 2 Mini and GTS 2. Of course, one goes back to the square design, but the display “shrinks” to a 1.55 inch screen diagonal. Thus, it is minimally smaller than the other two GTSs, which is also noticeable by the dimensions of 40.5 x 35.8 x 8.95 mm and the weight of 19.5 g (without strap). Nevertheless, unlike the Amazfit Bip U, you do not have to do without an AMOLED display. This offers a resolution of 354 x 306 pixels, resulting in a pixel density of 301 ppi. This is not as sharp as with the two “big” models. 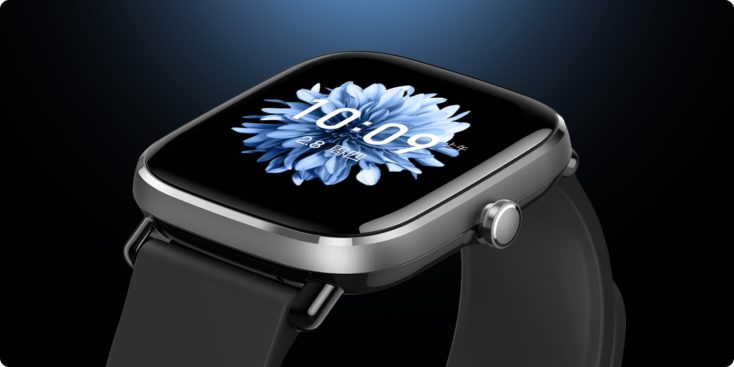 If you look at the watch from the front, it looks even more rounded. In contrast to the GTS 2, it also dispenses with the design element around the power button on the right side. Nevertheless, the watch is partly made of aluminum, but uses polycarbonate on the underside. The silicone straps can apparently be easily replaced and are available in three colors: Black, pink and mint green, the case colors vary accordingly. The Amazfit GTS 2 Mini is protected against water according to the ATM 5 classification.

Apparently, the name suffix “Mini” refers not only to the size but also to the range of functions. This is because Amazfit is eliminating some of the features that make the GTS 2 so interesting. No offline music playback and no Bluetooth phone calls. Although a microphone is built in, this can apparently only be used for the Xiao AI voice wizard. Whether this will be replaced with Alexa in a possible Global version is not known yet. In the China version, NFC for public transport is also integrated, but this is usually omitted in the Global version. 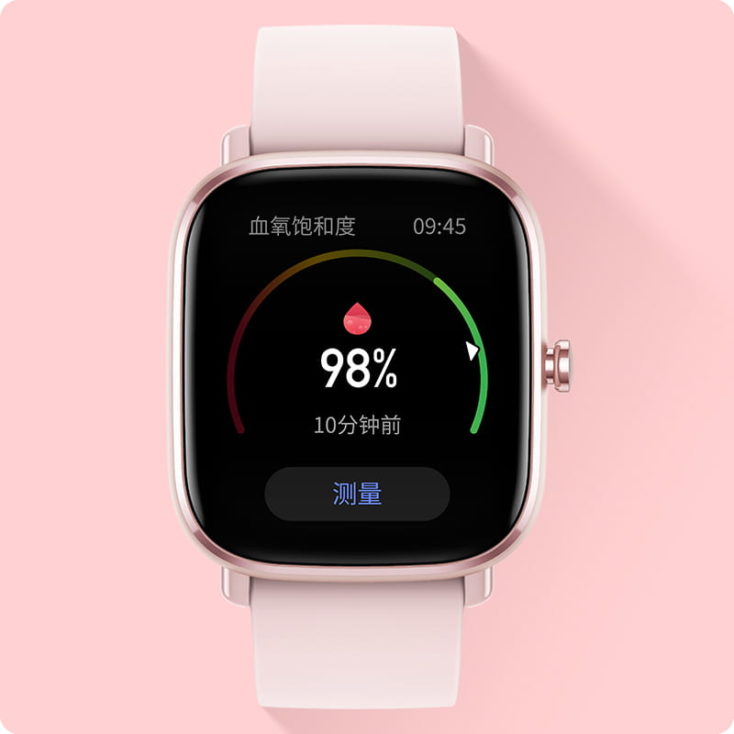 After all, the revised BioTracker PPG sensor 2 is installed, which supports the permanent heart rate measurement as well as blood oxygen saturation measurement and can also be used for sleep tracking in combination with gyro and acceleration sensors. For this purpose there is a light sensor, compass and a vibration motor. So the GTS 2 Mini concentrates rather on athletes, who are offered more than 70 sport modes, automatic activity detection, the PAI and stress measurement. GPS is also integrated. The connection with the Zepp App and the Smartphone is made by Bluetooth 5. 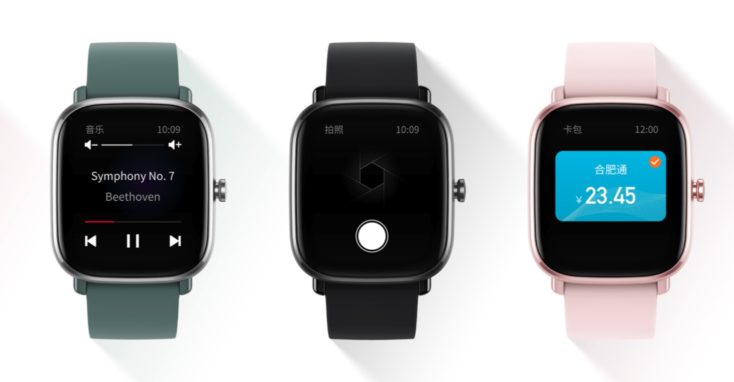 Nevertheless, of course you don’t have to do without some lifestyle functions like alarm clock, timer, music control, notifications or the camera shutter release. In contrast to the GTS 2, the Mini should be able to continue the solid runtime of the GTS 1. Thanks to a 220 mAh battery Huami promises a runtime of 14 days for “normal” use and even 21 days for occasional use. With intensive use, however, the runtime is reduced to about 7 days.

That one publishes two sizes of a clock, was already the case with the first GTR. And Apple has also been doing this with the Apple Watch for years. However, you don’t have to do without functions, but with the GTS 2 Mini you do. Thus the Amazfit GTS 2 Mini appears to simply replace the first GTS and actually offers hardly any advantage over the first generation except for blood oxygen saturation measurement. However, we do not yet know whether this will make it to Europe. In China it will be available for about $100, we can expect at least 10 to $20 more.

What do you think of the Amazfit GTS 2 Mini?