0 Kommentare October 14, 2021by Alex
Hey, guys! Just a heads up: The linked offer is already a bit older and the price of the gadget might have changed or it might not be available anymore.

The manufacturer scored a coup with the first Amazfit GTS, and the visual proximity to the Apple Watch has caught on with the mainstream. So much so that smaller Chinese manufacturers have stolen the product name. Now the third generation has been presented. But isn’t the Amazfit GTS 3 even a step backwards? 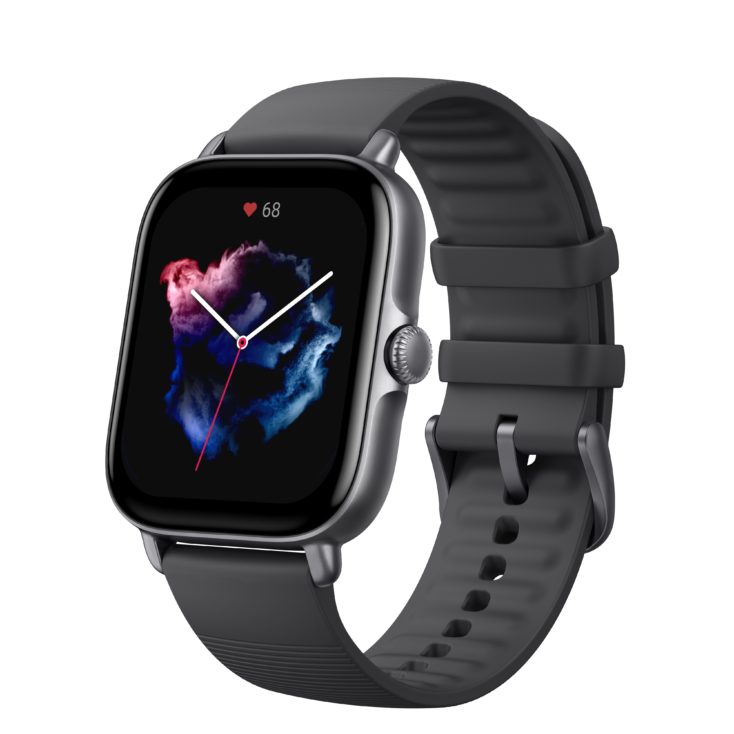 Weighs not even 25 g

Since the Amazfit GTR (3) was also introduced at the same time as the Amazfit GTS (3), the similar designation can quickly lead to confusion. “S” could stand for square, i.e. rectangular, and “R” for round, which explains the shape of the watches. Because even in its third generation, the Amazfit GTS 3 proudly presents its square design, which originally caused the Apple Watch comparison. And yes, Pebble has already used a square design before. 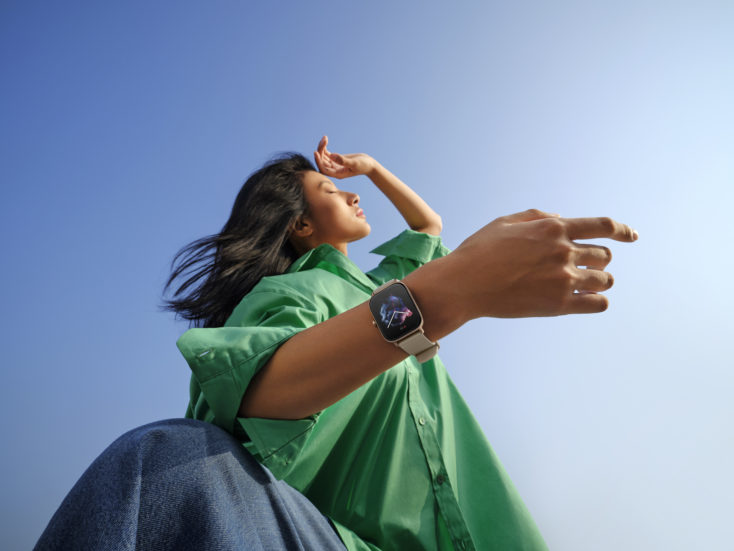 The third generation even increases the screen diagonal to 1.75″, which makes it 0.01 inches larger than the predecessor and 0.36″ larger than the GTR 3. With its high resolution, the HD AMOLED display provides a pixel density of 341 ppi, making the GTS 3 one of the sharpest watches on the market. At the same time, the watch embodies the high design standards, with a screen-to-body ratio of 72.4%, which is higher than the more expensive Pro variant of the GTR 3. Color-wise, the watch case is available in black and gold, but silicone straps are available in black, brown and gold. The watch weighs just 24.4 g! 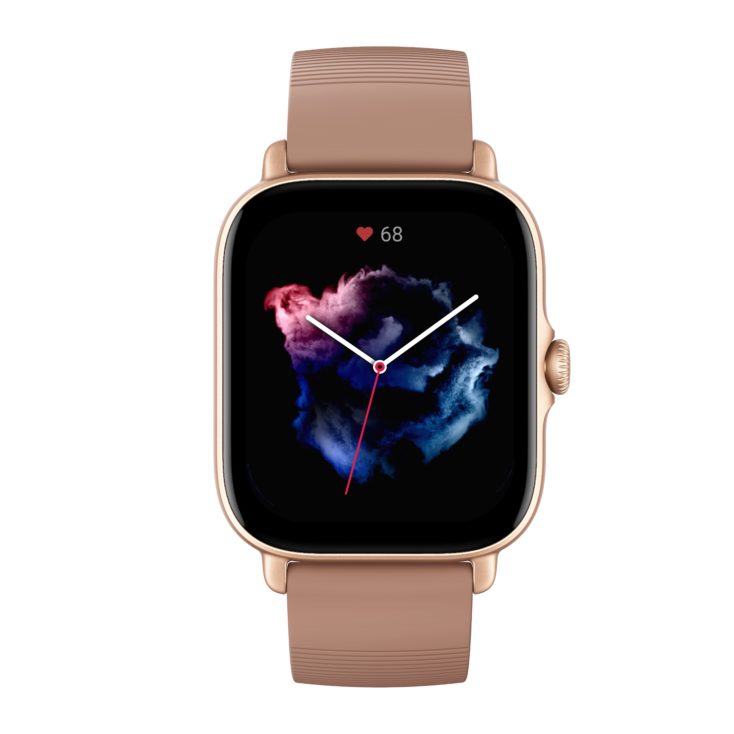 Unlike the GTR, the GTS 3 only has one navigation button, but it is also a crown. The rotating wheel is similar to the Apple Watch and could be a real unique selling point if the haptic feedback is implemented well. As a GTS fan from the first hour, the visual integration of the button is a bit more organic than in the predecessor and also not quite as clumsy as in the first generation – nice!

Range of functions of the Amazfit GTS 3

In terms of features, the Amazfit GTS 3 and Amazfit GTR 3 are actually similar, only the Pro version can do more. Thus, we also get in the Amazfit GTS 3 a revised ZeppOS operating system with Alexa support, its own offline voice assistant, 150 watchfaces, notifications, drinking and standing reminders, calendar, weather forecast and Bluetooth remote control for the smartphone camera. Speaking of smartphones, the Amazfit GTS 3 is compatible with both Android smartphones and iOS thanks to the Zepp app. 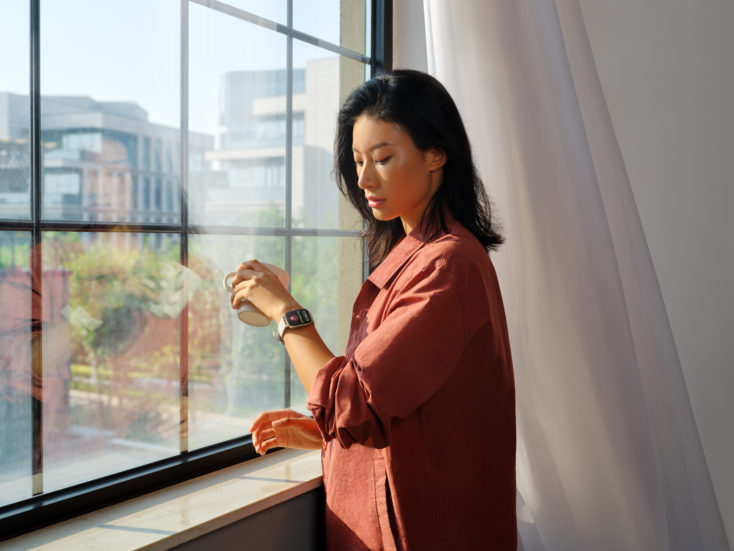 This year, special emphasis is placed on health and sports tracking. For this purpose, the heart rate sensor has been upgraded to the 4-in-1 BioTrackerTM PPG 3.0. This now enables 4-in-1 measurement of heart rate, respiration rate, blood oxygen saturation and stress level. The measurement takes 45 seconds, but can also be permanent in the case of the SpO2 value (blood oxygen saturation). Accordingly, the watch can notify you if this value should ever fall into a critical range. In addition, there is of course sleep tracking, which also includes naps, and the extended menstrual cycle tracking. 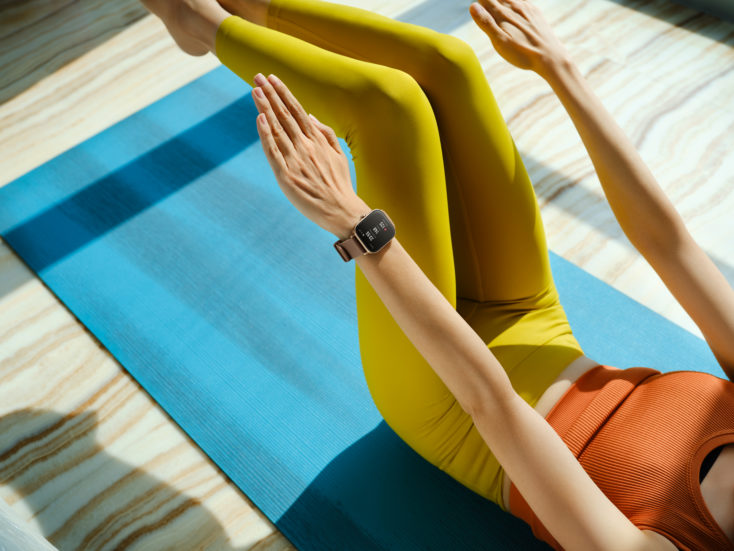 Meanwhile, Amazfit also offers 150 sports modes, and GPS is also integrated for outdoor sports like jogging. That supports five satellite systems, which hopefully gives us more precise tracking than in the last generations. Especially for joggers, the GTS 3 has also implemented a Virtual Pacer, which is supposed to motivate you by pitting you against yourself. You do not even have to start your activity manually, since the third GT generation also has an automatic training detection, which only works for eight sports.

Better runtime despite the same battery – why?

Compared with the last generation, the battery capacity is increased by a whole 4 mAh. That does not make a difference, but the battery life is significantly longer than last year, according to the Amazfit. A whole 12 days should be possible, just as much as with the GTR 3 Pro with a significantly larger battery. This is because the GTR 3 is deprived of features that were present in the GT2. These are integrated speakers & microphone for Bluetooth calls, WiFi and offline music storage. So will a Pro version follow?

The Amazfit GTS 3 feels a bit like a step backwards, as long-awaited features from its predecessor like Bluetooth telephony have now been dropped. While this benefits battery life, functionally we are fundamentally on par with the first generation. Much of this has of course been improved, and Alexa and the offline voice assistant are also retained in the GTS 3. Still, it leaves a bad taste that this is now a Pro feature. So is there still a GTS 3 Pro coming? Maybe. After all, a mini variant and two e-variants of the watch still appeared in the last generation.