0 Kommentare August 28, 2020by Thorben
Hey, guys! Just a heads up: The linked offer is already a bit older and the price of the gadget might have changed or it might not be available anymore.

It is one of those marketing moves that you might not really understand at first glance. The Amazfit app used for the Amazfit GTS or GTR, for example, is now called Zepp and can already be found in the Google Play Store and the iOS App Store. It is not yet known whether the entire brand will be renamed in this way or whether the parent company Huami will now release Amazfit and Zepp products. However, the 1st Zepp Smartwatch is already in the starting blocks: The Zepp E comes directly in two versions! 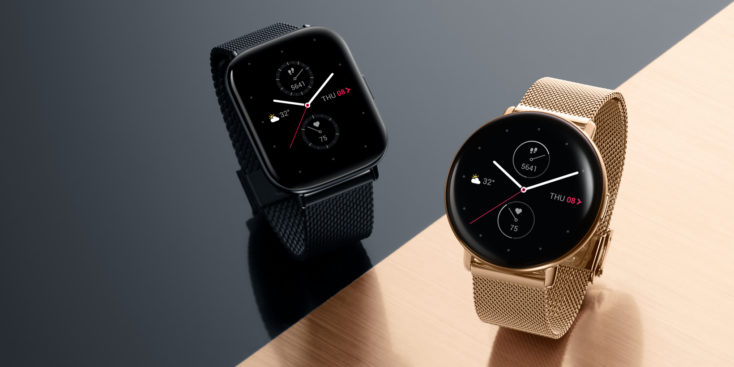 The Amazfit brand belongs to Huami, which also produces fitness trackers such as the Xiaomi Mi Band 5 for Xiaomi. Among the Amazfit series, the Amazfit GTS and the Amazfit Bip S have recently gained in popularity. We have already tested various products and are very pleased with the quality. Up to now, the Amazfit app has been used to link the watches to the smartphone. From August 25, 2020, the app will be renamed Zepp. The name is no accident, Zepp was bought by Huami in 2018 and is based as a sports technology company in California.

The change of name previously only refers to the companion app for Amazfit and now also Zepp products. It is not yet clear whether this is only a first step or whether it should be left as it is. Overall, the Zepp app is intended to provide a better experience than the Amazfit app. Zapp also offers other specific sports apps such as Zepp Tennis. All previous Amazfit products will of course continue to work with the Zepp app. In addition, the new Zepp E-Smartwatch, which was recently introduced, is now available.

The new Zepp E Smartwatch comes directly in two forms: Zepp E Circle and Zepp E Square. Both are equipped with an AMOLED display, but they differ in size. The round Zepp E Circle uses a 1.28″ AMOLED display with 326 ppi pixel density and always-on mode. The rectangular Zepp E Square is even equipped with a 1.65″ AMOLED display with 341 ppi pixel density, which also has the option of an always-on display. Both clocks have a very simple and timeless design, with emphasis on metal processing.

On the right side of both watches is a function button, on the bottom is the heart rate sensor. The 20 mm bracelets seem to be easily changed by a pin closure. The Zepp E Smartwatch is also protected against water according to the 5 ATM classification, so it can be worn for showering and swimming. Both watches are available in several different colors. The Zepp E Square is available in black, gray, blue and optionally with leather or silicone strap. The Zepp E Circle is also available in champagne gold and ice blue, but this version is also available with a silicon strap.

Features of the Zepp E Smartwatch

The range of functions of the two Zepp E Smartwatches can basically be compared with that of an Amazfit GTS. Apparently, this is also based on a separate operating system. However, Zepp focuses on sports activities in particular. There are a total of eleven sports modes, including running, cycling, swimming, climbing and skiing, sleep tracking (now also during the day), pulse measurement and blood oxygen measurement. For this purpose, the watch is equipped with a heart rate sensor, acceleration sensor, geomagnetic sensor, light sensor and vibration motor.

The watches are equipped with five Watchfaces, four of which are even customizable, just as we know it from the Amazfit GTS. The Zepp app also offers the option of installing multiple Watchfaces. The connection to the smartphone is via Bluetooth 5.0 BLE, the app is available for iOS and Android.

The battery of the Zepp E Smartwatch is in both cases with 188 mAh slightly smaller than we are used to from other Amazfit watches. Therefore, the indicated battery life of 7 days is a little less than the 10 to 14 days of a GTS. Charging is done via the magnetic cable supplied.

Even though we are still a bit skeptical about the name change, the Zepp E Smartwatch is quite interesting. So far it seems to be planned only for US and UK, but at first glance we like it because of its timeless and filigree design and the Amazfit functionality we are used to. The watch can be pre-ordered for $249 and will be released on September 1st. We don’t know yet whether an EU version will be available, but it would certainly be interesting. However, it is considerably more expensive than an Amazfit GTS and Amazfit GTR.

Which of the two versions would you choose?