0 Kommentare July 11, 2021by Jens
Hey, guys! Just a heads up: The linked offer is already a bit older and the price of the gadget might have changed or it might not be available anymore.

Since we still spend a lot of time at home, we take a look at a handheld console again. You have to make the best of the situation somehow, so why not play a few retro games again? The Anberic RG351M is the successor of the RG350, which we already tested last year. What can the newer model do better? We currently have it on loan and will take a closer look at it in the future. 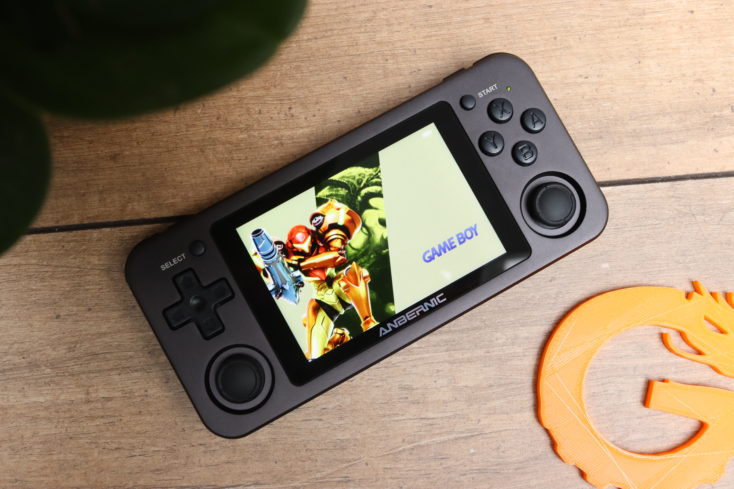 These versions are available

Strictly speaking, the RG351M is the successor of the R351P (which itself followed the RG350), but is largely identical to it. The only new feature compared to the RG351P is an integrated WiFi module. But since we last had the even older RG350 here (of which there is also an RG350P version), we’ll take another look at the console in its entirety. If you are completely confused, here is a short overview of the different models.

Nothing has been changed in the design of the latest console. We have two analog sticks to the left and right of the display, as well as a directional pad and the four obligatory buttons A, B, X and Y. There are a total of four shoulder buttons, which are arranged next to each other (on controllers they are usually one behind the other). The console feels comfortable in the hand and is not too heavy either, weighing just under 260 grams. 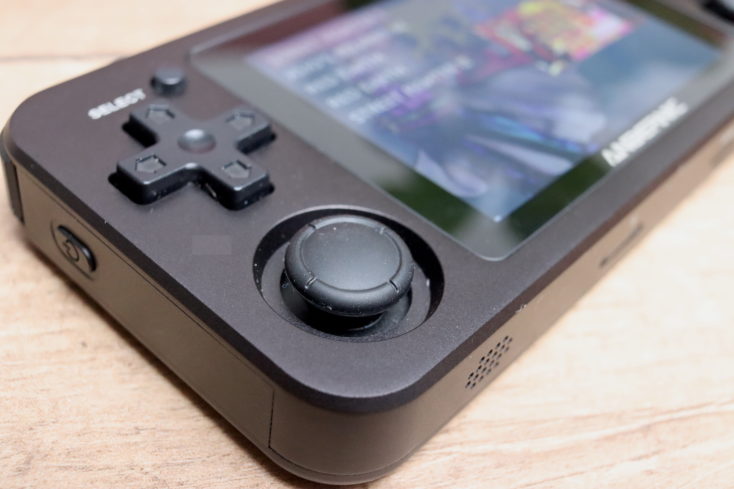 The aluminum case also feels pleasantly high-quality. There are also two silicone or rubber pads on the back for a better grip. Colors to choose from are black and gray, although I personally like the gray one a bit better. 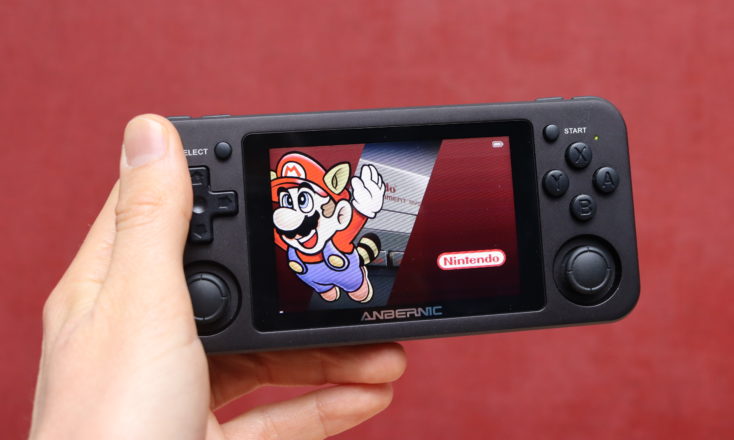 Technical data of the RG351M

So, that would be a bit of clarity. Both RG351P and RG351M are improved models with more power compared to the “old” generation. Thus, there is a 1.5 GHz strong CPU here and twice as much RAM – 1 GB. The battery has also been increased. There is no internal memory, only an already included 64GB memory card. Like all comparable consoles, however, the RG351M has a micro-SD slot that supports cards up to 256GB.

As with all versions, the display is 3.5 inches and has a resolution of 480 x 320p here. Of course, like all console specs, this has to be seen in relation to the games the consoles are intended for. (The Playstation 2 was nominally much(!) weaker than this).

At the ports, we find a USB-C slot for charging (USB-A to USB-C cable included) and a headphone jack. Stereo speakers are also installed. The only real difference to the RG351P is the Wi-Fi module.

The RG351M also runs an open source Linux system that supports various emulators. Many are already pre-installed, but others can also be installed afterwards. According to the seller, 3,000 games are already pre-installed. From experience, we assume that most of them are either boring, completely in Japanese or simply not good games, which is unavoidable given the amount. Either your favorites and highlights from childhood are included somewhere or you can install them yourself afterwards – that’s the beauty of such a console. 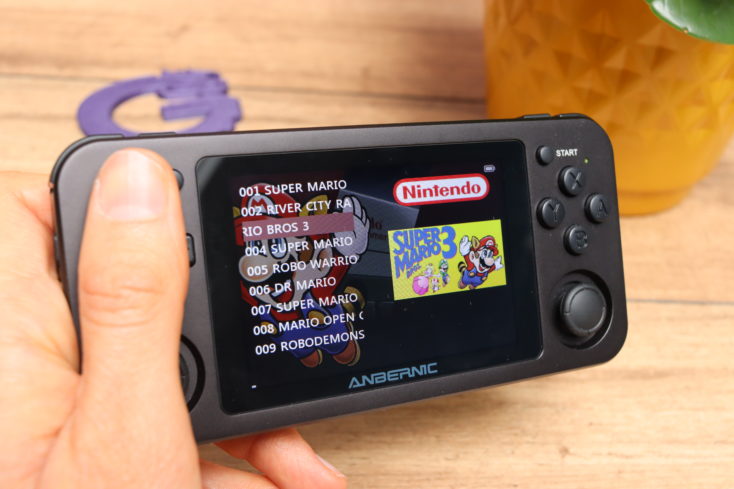 According to the description, emulators for almost all Nintendo consoles up to the N64 and DS, PSP and Playstation 1 are supported, as well as consoles from the early days of Sega, Capcom & Co. Among the 3,000 pre-installed games are some of the most famous N64 titles like Mariokart and Zelda, about 100 PS1 titles and a handful of PSP titles, including Vice City Stories.

While the RG350 still had its quirks in our test a year ago, I like the RG351M better right away. The higher performance promises smoother rendering even in 3D titles and the stronger battery a better runtime. The operating system is also a completely new one. If the installation of further ROMs is easy, I have high expectations for the console.