0 Kommentare December 7, 2021by Jens
Hey, guys! Just a heads up: The linked offer is already a bit older and the price of the gadget might have changed or it might not be available anymore.

With the Anbernic RG351V, we have here the I-don’t-know-how-fourth version of the manufacturer’s RG351 series. Unlike the other consoles, however, the RG351V is in portrait format and is more reminiscent of the classic Gameboy. We tried out the retro console and are mostly thrilled, but we also have a few points of criticism. 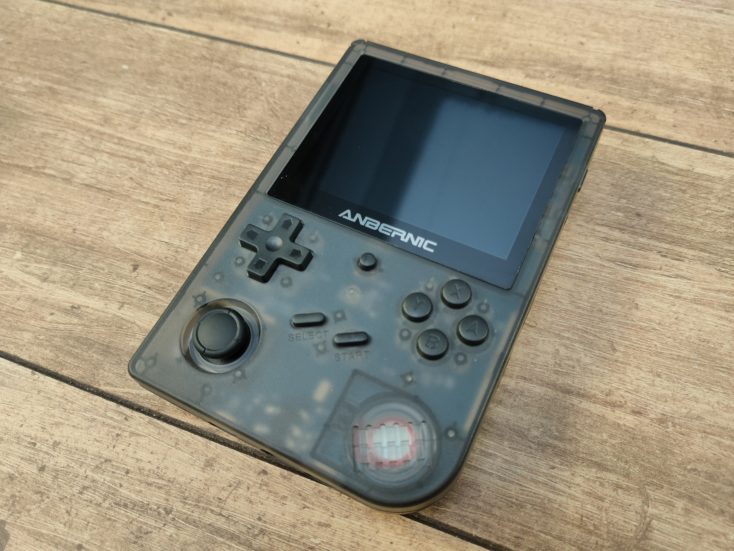 Design, slots and keys – (almost) everything where it belongs

Let’s go straight to the design. As we all know, the first impression makes a lot of difference. I simply like the RG351V because it looks like a Gameboy. Of course, it’s a matter of taste, but it triggers completely different memories for me than the wide consoles in PSP/GBA format. Where the slot for the games is on the Gamboy, there are shoulder buttons here. Strictly speaking, they don’t deserve the name, since they are located “behind” the console instead of on top, but they are basically easy to reach and a useful addition, since otherwise something would simply be missing for many games. 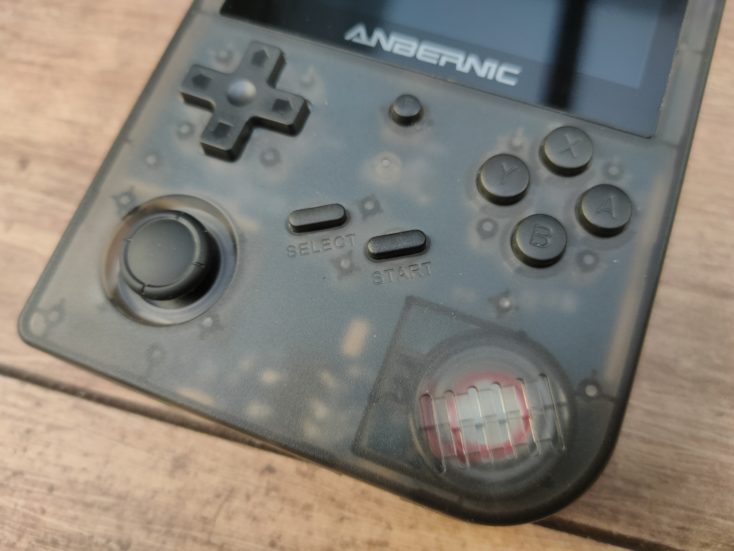 At the front, there are the usual A/B/X/Y keys, Start/Select and a directional pad. In addition, there is a stick and a system key. A volume rocker is on the left, the power button and a reset button on the right, as well as two SD card slots. The latter are also both occupied, the console comes with two cards full of ROMs. More about that in a moment. Another headphone jack and two USB-C slots are on the bottom. 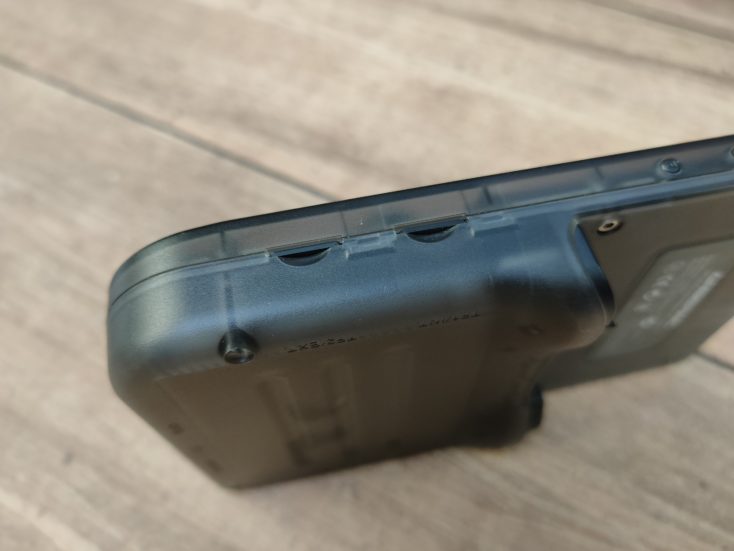 As soon as you turn the console on, the 3.5-inch IPS screen with 640x480p resolution is also convincing. This offers a good color representation and for my sensation also a very good brightness, which is only not sufficient in sunlight.

The 3,900 mAh battery is supposed to last up to 6 hours. The console gets very warm during more demanding games, especially in the upper area.

Controls – good if you can reach the buttons

Did I just say that you can reach the shoulder buttons well? That may be true, but the arrangement takes a lot of getting used to, as the buttons sit next to each other (not behind each other). The inner one is a bit higher, but it still feels weird to have to press it with your fingertip over the outer key. By the way, they are not analog keys that can be pressed differently – but that doesn’t matter, since that didn’t exist in N64/PS1 times anyway. 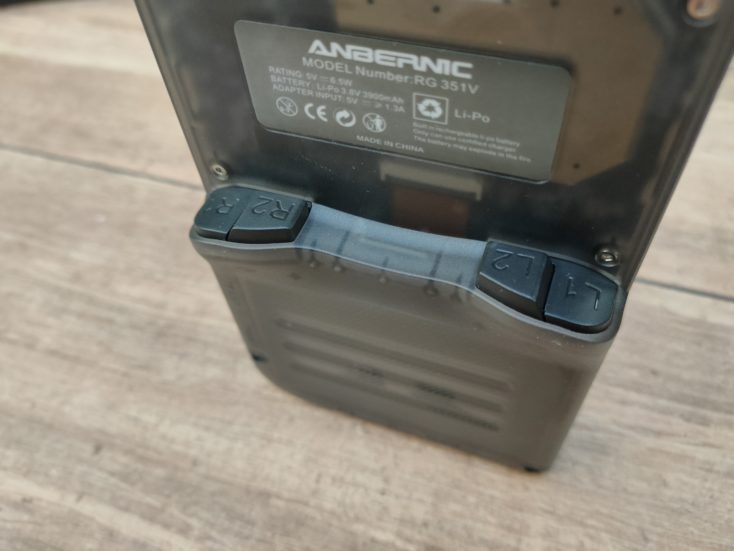 A second point of criticism is the positioning of the analog stick. The fact that the second stick is omitted in favor of the design is not a problem. However, the left stick is now simply too low. While you can reach the directional pad well, I find it a bit uncomfortable to reach the left shoulder buttons and stick at the same time. This is not quite optimal, especially in three-dimensional games.

And there is another issue especially with N64 games: Due to the fact that there are only 4 buttons on the right side of the console, you inevitably get problems, since the N64 controller has 6 buttons here. Although you can put the C-keys on the directional pad (all keys can be freely reassigned), you then have to reach over to the left with your thumb. This works and I was able to play OoT through the first dungeon without any issues, but it’s not ideal.

Score 2 for the controls

None of these points is a dealbreaker for me, though, especially since the buttons all work very well and have pleasant pressure points. The controls work well overall, and especially with older titles whose consoles didn’t have so many buttons, the described problems don’t matter anyway.

First, the info up front: yes, the games are pirated in most cases. However, creating ROMs of games you own is allowed, which is why emulators are not illegal in principle. To be honest, I’m always amazed that SD cards full of illegal ROMs are sent with the consoles, when you can easily find the desired ROMs yourself. “Comes with 5000 awesome games” sounds better to most sellers than “get your own ROMs”.

This is usually not pursued, most games have not been sold for a long time and there is no longer any financial interest on the part of the rights holders. Only Nintendo is a bit out of line, they still want to sell the 25 year old titles for 5€ in the e-shop. Or double the price for the monthly subscription, so that after the original release, Master Quest, the Gamecube Zelda Collector’s Edition and the 3DS version, I spend money for Ocarina of Time for the fifth time. However, it’s more likely to take the operators of websites that offer ROMs; I’m not aware of any case where the buyer of such a console has been prosecuted. Here again a lot is preinstalled, the available emulators are numerous. PSP, PS1, NDS, N64, DC, OpenBor, CPS1, CPS2, FBA, NEOGEO, NEOGEOPOCKET, GBA, GBC, GB, SFC, FC, MD, SMS, GG, MSX, PCE, WSC – impressive list. As always, the majority of the games you don’t need or want. Also, some titles are available in Japanese or Chinese, so best use your own ROMs. With some titles of the N64/PS1 generation and DS or PSP games, the hardware sometimes has problems, while others run without problems. I did not have any difficulties with all older games in the test.

For me, the RG 351V is the best retro handheld under 100€ so far. The hardware is on par with the other models from the manufacturer, but I like the shape of the console better. I’m especially happy about the N64 support, which works well for most titles. A bit more power so that the games of this generation run better would still be desirable, and I also think it simply needs a different button layout for that.