Anker has today released the first products with their new charging technology GaNPrime. 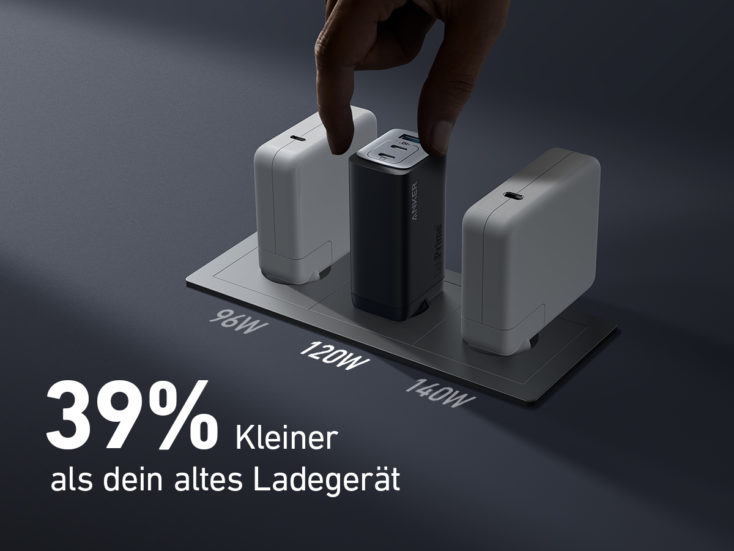 The Anker brand has been synonymous with charging technology for years and is best known for powerbanks, chargers and cables. In addition, they have also made a name for themselves in the audio and smart home sector with brands such as Soundcore and Eufy. Recently, they have also made their first attempts in new areas such as power stations or even 3D printers.

GaNPrime is now a new generation of charging technology from Anker. GaN stands for gallium nitride, which has already been used in chargers from Anker and other brands for some time. Compared to silicon solutions, the chargers can be smaller and lighter. But they are also supposed to be faster, smarter and safer. 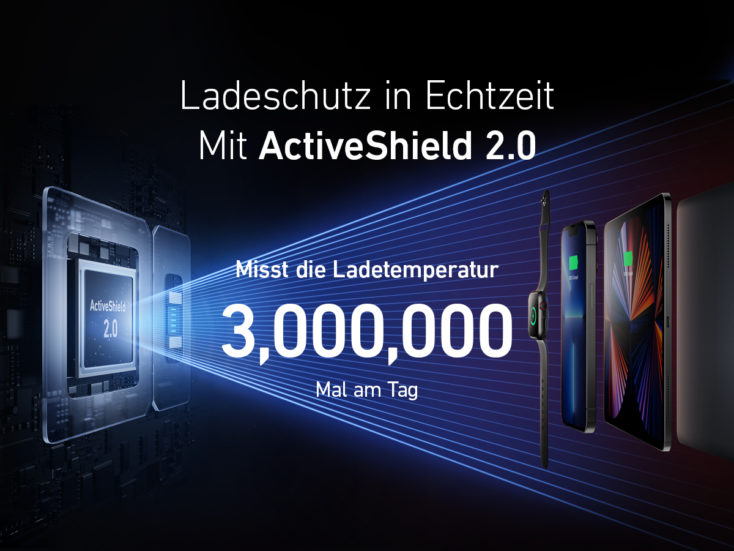 Faster and safer, because the PowerIQ 4.0 technology recognises the required energy in the battery to be charged and automatically adjusts the charging power between the devices. Safer because the function called “ActiveShield 2.0” monitors the temperature in the device and is supposed to prevent overheating. Sounds good, but to be fair it has to be said that this is exactly what has been promised for years with every new technology. Now it is supposed to work even better. But we do not see a revolution here.

Anker is offering two new power supplies equipped with the new technology right at the start on 25 July 2022. The Anker 735 was already available with GaN 2 (the previous standard), but is now apparently being sold again as a GaNPrime version. The price is 59,99€.

The second model is called the Anker 737. The charger supports up to 120 watts of power and thus even the fastest smartphones and almost all notebooks. According to Anker, a MacBook Pro 16″ can be charged in one and a half hours. A smartphone that can be charged correspondingly quickly – such as a Xiaomi 12 Pro – can even be fully charged in well under half an hour. Despite this performance, the charger is comparatively small – one of the biggest advantages of the new technology. However, a price of €94.99 is then also due for the charger.

There will also be a powerbank with GaNPrime, but this will not be available on Amazon.de at the beginning.

With this new technology, Anker is taking another step towards even faster and more efficient charging. The fact that the chargers remain compact should also not be underestimated, because in addition to cables and the actual devices, you don’t want to have to carry bulky chargers around with you. However, the whole thing also comes at a not inconsiderable price. Spending almost 100€ on a charger is something not everyone can or wants to do.

It is therefore understandable that smartphone manufacturers no longer include such chargers with their phones. On the other hand, a compact and fast universal charger for all devices – how much would you want to spend on that?