0 Kommentare May 5, 2022by Jens
Hey, guys! Just a heads up: The linked offer is already a bit older and the price of the gadget might have changed or it might not be available anymore.

Anker has long been known to us as a manufacturer of charging electronics and other gadgets. Now, the AnkerMake M5 has been unveiled and can now be supported and purchased via a Kickstarter campaign. This is Anker’s first venture into the field of 3D printers.

The next brand in the Anker universe

Anker started out as a manufacturer of powerbanks and became known for that, but it has long since done even more. The company has covered many other areas through various subsidiaries. For example, we have known the Soundcore brand, which belongs to Anker, as a manufacturer of headphones and Bluetooth speakers for a long time. Smart home and household products are sold under the Eufy brand, and Nebula is the in-house manufacturer for projectors.

AnkerMake” is now chosen as the name for the new printer or the new brand. This is an obvious choice; in Internet slang, “makers” are generally people who creatively produce things themselves. As a rule, there is some kind of technical reference. In particular, however, the term is also used for active users of 3D printers.

The 3D printer for everyone?

On the one hand, the AnkerMake M5 is also aimed at beginners and offers an uncomplicated setup and easy usability. The assembly from unpacking to readiness for use is said to take only 15 minutes, since essentially only two parts are plugged together here. This can be accomplished by anyone without any prior technical knowledge. Auto-leveling and the ability to pause printing at any time accommodates beginners, but experienced users will naturally benefit as well. 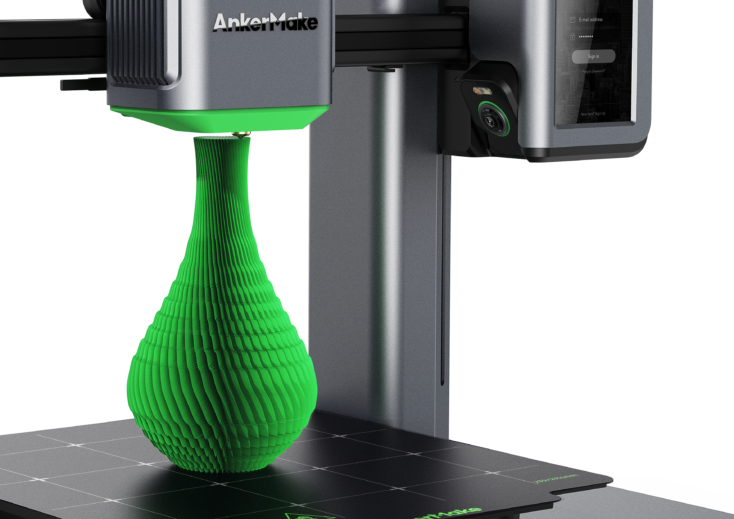 Perhaps the biggest feature is the high print speed of the AnkerMake M5. According to Anker, this is up to 250 millimeters per second – up to 70% faster than the normal speed of comparable printers. We were able to take a look at the printer a few weeks ago and see it in action, and we can confirm: It’s really damn fast. The print head just whizzes across the hotbed and all the prints that we were shown or that we were able to try out ourselves came out right away, even on the prototype that served as a demonstration model. This whetted our appetite for more. The precision is said to be accurate down to 0.1 millimeters. 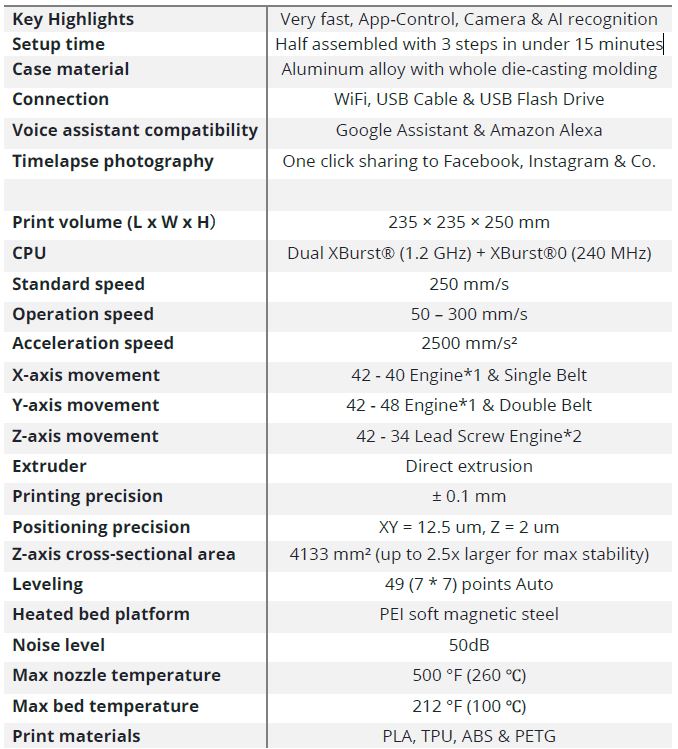 Of course, it remains to be seen how reliable the printer is in practice. The print area is 235 x 235 x 250 mm, and there is a magnetic print coating on the hotbed from which prints can be easily removed. The overall printer is relatively massive at 502 x 438 x 470 mm and also heavy at 12.4 kg, but this contributes greatly to stability. Vibrations are comparatively low, even at high speeds. 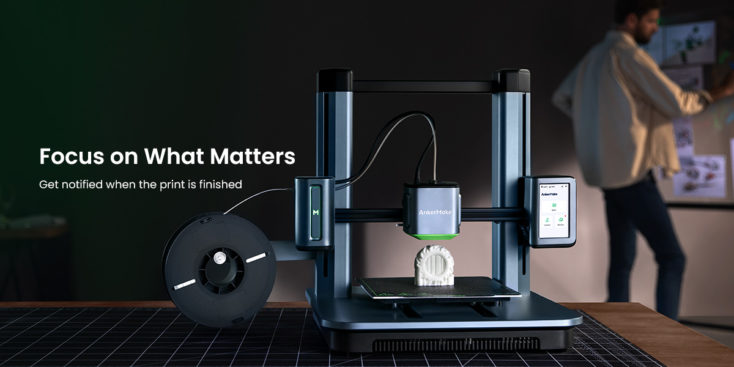 Anker also directly integrates a webcam. What you would otherwise have to build yourself to monitor the object during printing is almost automatic here. It is a camera with HD resolution (720p), which also enables AI-supported monitoring. If an error is detected, the print stops on its own. It also allows you to automatically create timelapse recordings of the print.

In addition, there is also an app for Android and iOS and a dedicated PC software. Not much is known about this yet, but both are supposed to appear at the printer’s market launch. Then you will be able to monitor the print at any time via the app and view the camera image. 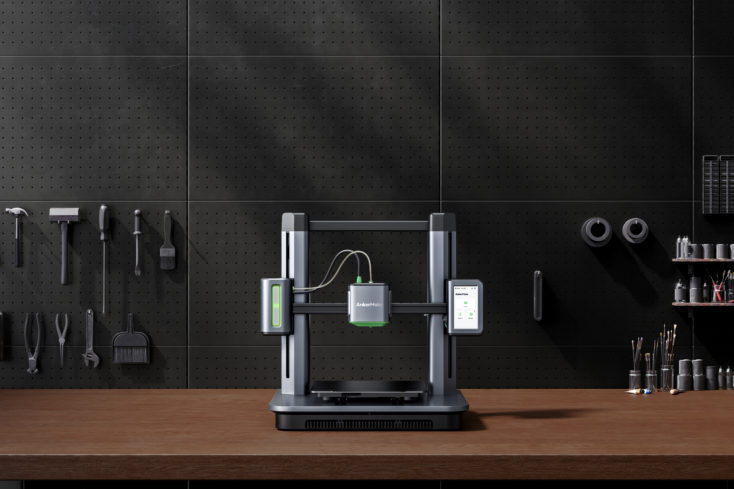 Anker is not just any company that wants to enter the market now. Although the decision to build a 3D printer of all things might seem surprising, a user-friendly device that can be easily operated by beginners and, above all, works reliably and quickly is definitely welcome. As mentioned, our first impression of the device was already very positive, even though it is of course much too early for a real conclusion.

The AnkerMake M5 is now available on Kickstarter for the Super Early Bird price of $429. After that, it will cost $629 in the Early Bird offer. The final market price should then be even higher.