0 Kommentare March 18, 2021by Jens
Hey, guys! Just a heads up: The linked offer is already a bit older and the price of the gadget might have changed or it might not be available anymore. 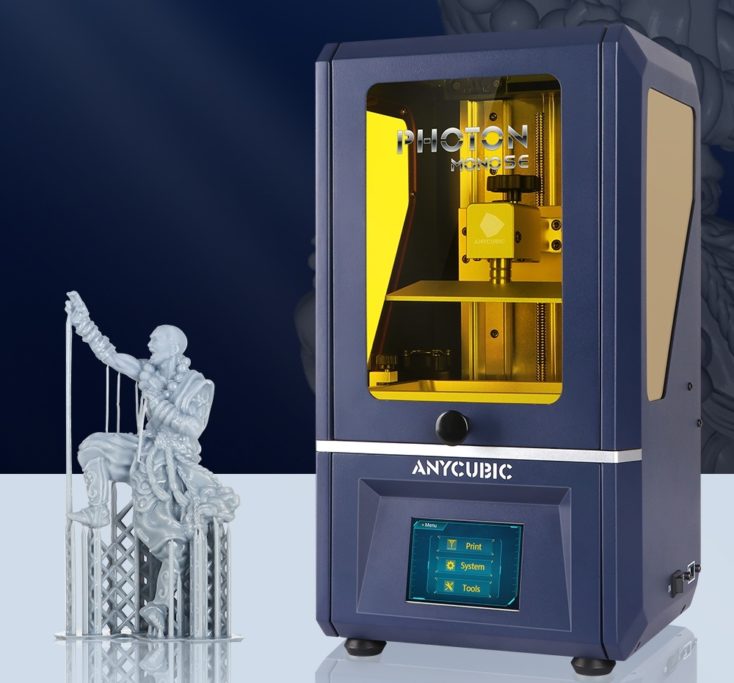 From the Photon Mono series, the Photon Mono X is the best known. This is similar in many respects, but is distinguished primarily by its extremely large print area. The Photon Mono SE, on the other hand, has an almost “normal” size and a 130 x 68 mm printing plate with a Z-axis height of 170 mm.

Unlike most printers, it also does not have a removable cover that slips over the printer. Instead, the entire frame is a continuous structure that can be opened by a flap on the front and top. 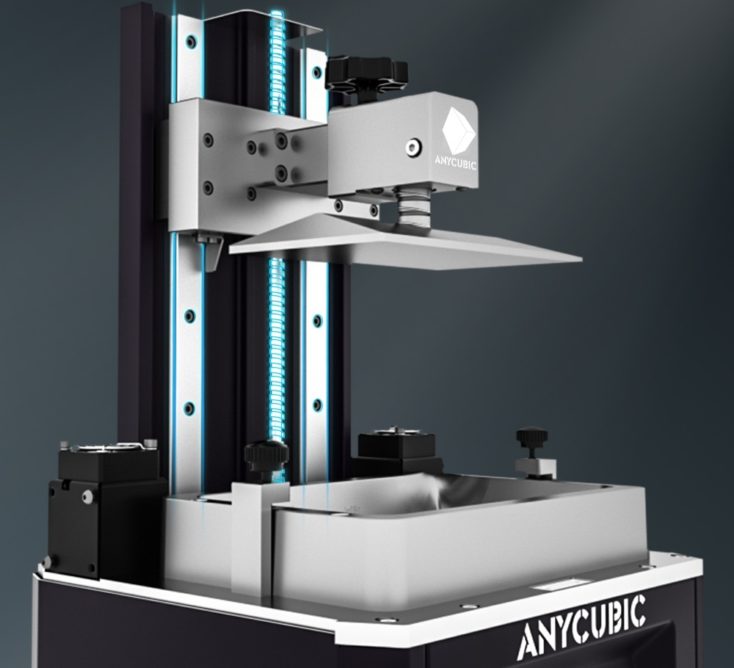 The advantage of the printer, however, is the stated print speed of up to 60 mm/h. For comparison: before the monochrome displays, printers reached a maximum of 30 mm/h, since then, 40-60 mm/h are often specified. (Partly, there was even talk of 80 mm/h, but this doesn’t seem to be true). In practice, this means that the individual layers are sometimes exposed for only one second (in the past, sometimes 6 seconds and more). This was also stated for the Photon Mono X. In the end, however, the speed depends on the slicer settings anyway, so longer exposure times are possible.

The display has a resolution of 2560 x 1620 pixels and thus promises a print accuracy of 0.051 millimeters in the plane. The minimum layer height is 0.01 mm. The values correspond to the current standard for SLA printers and enable detailed prints.

For slicing, the manufacturer relies on its own Anycubic Photon Workshop software. As a special feature, the printer has the option of being remotely controlled via app, which in practice probably means mainly that you can monitor the printing process on your cell phone.

Note on printing with resin

An SLA or DLP printer prints with resin, a chemical synthetic resin. This is highly irritating and skin contact should be avoided at all costs. If you do touch it with your hands, thorough hand washing is usually sufficient, but every skin reacts differently. The fumes produced are also not harmless, and the room in which the printer is located should be adequately ventilated. The printed object must also be cleaned with IPA (isopropanol) and cured under UV light. Afterwards, it is safe to touch the material.

The Anycubic Photon Mono SE is – contrary to what was originally stated – probably not faster than comparable models. However, with 60 mm/h or exposure times of one second, the printer shares first place with other models. In Anycubic’s favor is the fact that they had already sold some very good printers with the last generation, and I also liked the Photon Mono X very much.

The printer also has a fair price. If you have already relied on Anycubic in the past and were satisfied, you won’t go wrong here either.