Astronaut star projector: starry sky in kids room for $26 at Amazon.com | sitting for $22

0 Kommentare June 22, 2022by Henning
Hey, guys! Just a heads up: The linked offer is already a bit older and the price of the gadget might have changed or it might not be available anymore.

Fancy his own night sky in the bedroom? With the Astronaut star projector this is possible! The little explorer you get at Amazon.com for $25.99 with fast Prime shipping. Activate the 10% discount coupon on the product page. Alternatively, you can get the Astronaut sitting at AliExpress for $22.42.

Starry sky projectors create a nice atmosphere, whether you are falling asleep, relaxing evenings with your friends or even as a disco light. Unfortunately, these usually look black and boring. With the Astronaut Star Projector you get a little lunar explorer to match the light image in the room. 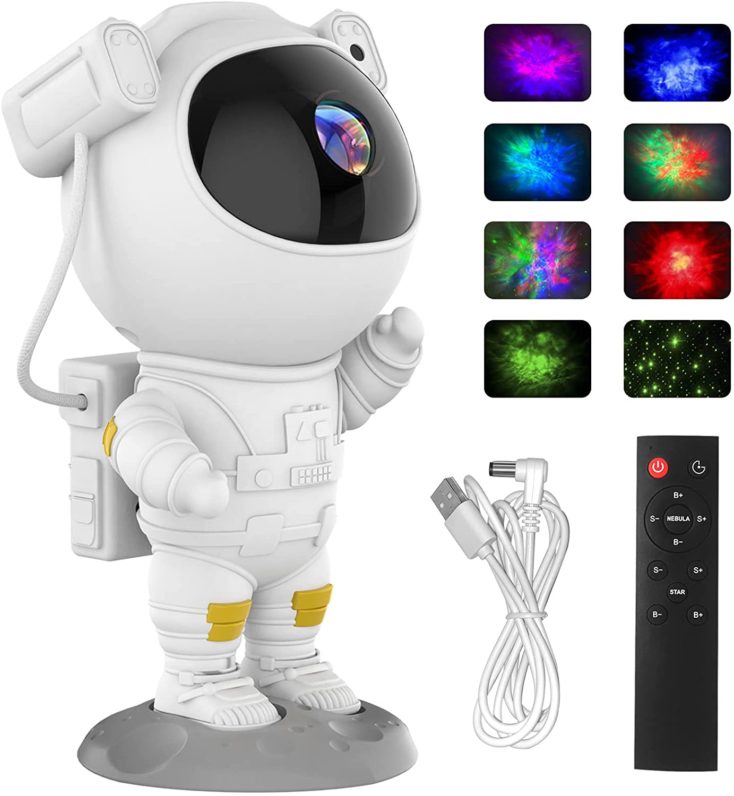 The astronaut star projector is 22.5 x 12 x 10 cm and is made of plastic. The little explorer consists of three parts: Head, torso and stand. When assembling, the head must be put on the upper body, attached to the upper body with a small fuse and put on the stand. 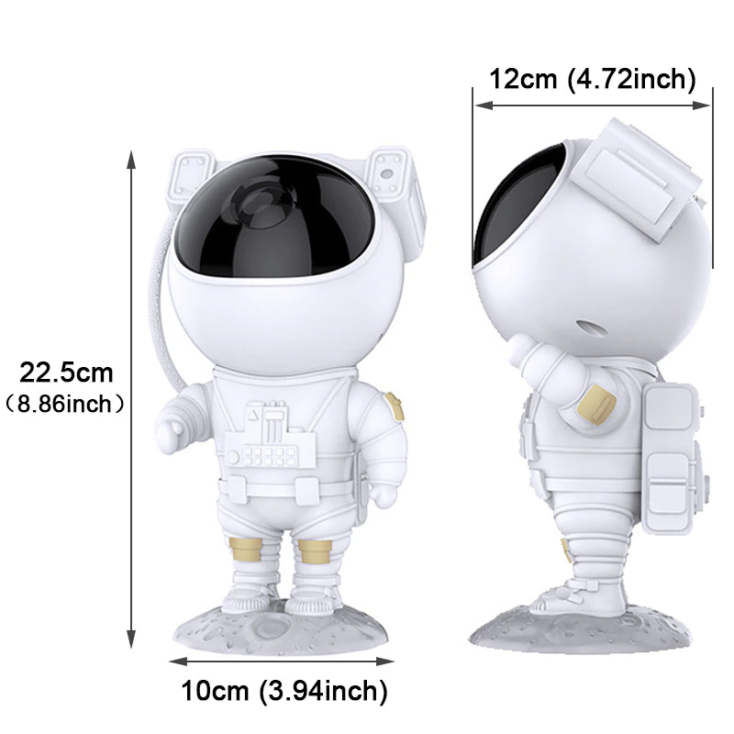 Visually, I really like the astronaut, it is colored mostly in white, only the helmet and a few pads are in a different color. There are also small details like a small equipment box on the front, which the astronaut uses to keep in communication with Earth and get oxygen. The stand also looks like a small piece of the moon, in keeping with the theme.

The starlight is created by a small hole in the center of the helmet. The helmet can be rotated 360°, which allows for flexible alignment of the light image. The astronaut’s arms are also movable, which makes him look not so rigid. 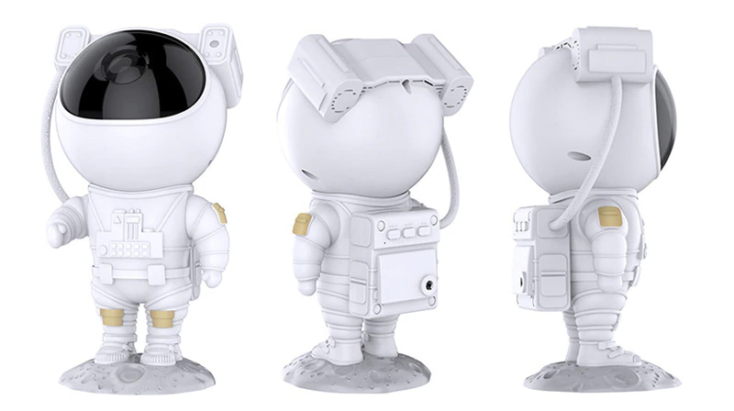 The Astronaut is connected via a detachable USB cable. Thus, you are not necessarily tied to a power outlet and can use it via a powerbank. There is no built-in battery and a suitable power adapter is also not included. You have to use the power adapter of the cell phone or buy a cheap one.

The light effects are controlled via the remote control. With this you can switch between the effects, change the speed, adjust brightness and set a timer. The timer can be set in two time modes once for 45 minutes or 90 minutes. The light can be set in eight different effects, you can choose between different fog colors and can also display stars as small lasers. 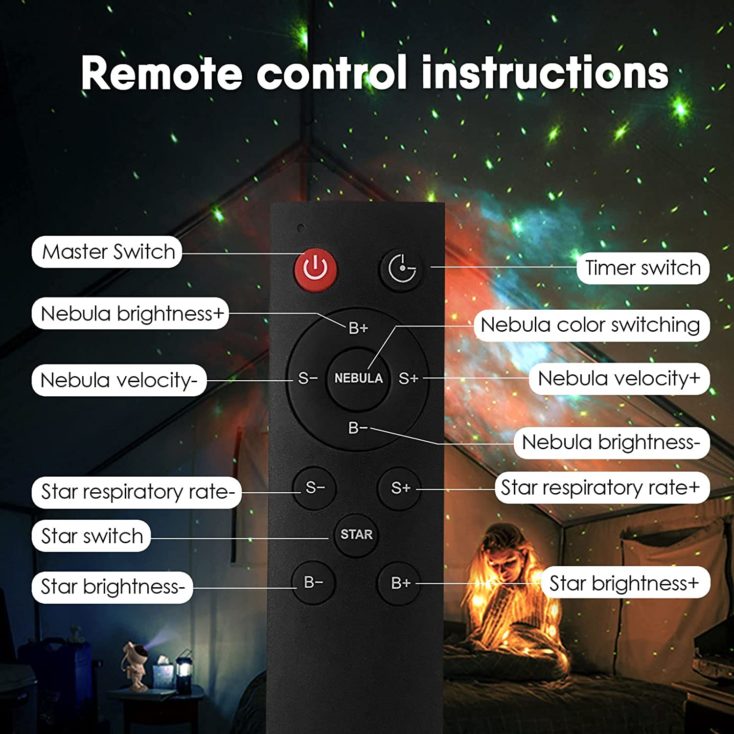 The light from the projectors looks really nice. I have a projector in use myself and am very satisfied with the light image. Unfortunately, with most projectors you are somewhat limited in use and often get very similar or the same features.

The Astronaut looks good, I like its themed look. There are small details, like the stand being a moon, that fit well. The starry sky looks very good on the video on the product page, but compared to many other projectors you have little distinction in the functions. The light can be flexibly directed via the 360° rotating head. With its comic-like appearance, I could imagine the astronaut especially with children, but space enthusiasts certainly won’t stay on the ground with it either.

The price of 30€ for the starry sky projector I find okay, yet it must be said that simple projectors are much cheaper. So if you only want to buy the projector because of the functions, you can get away cheaper with the normal projectors.