The times in which one had only one smartphone cable (namely the micro-USB or at most USB C cable that came with the cell phone) are long gone. With smartphones, laptops, cameras and the like, you usually have at least as many cables as end devices, and just in case, more than one power plug in addition. Even the classic 5V and 2A are long gone, the latest cell phones charge with 40 watts (and more) and laptops need more power anyway.

What am I getting at? Even something as simple as a power adapter can be a pretty important gadget, for example if you want your smartphone to be fully charged in one hour instead of two, or if your tablet kicks the bucket in the middle of the final episode of your favorite TV show. And ideally, you have a single adapter for everything, and can finally put the old box of cables into the electronic recycling. 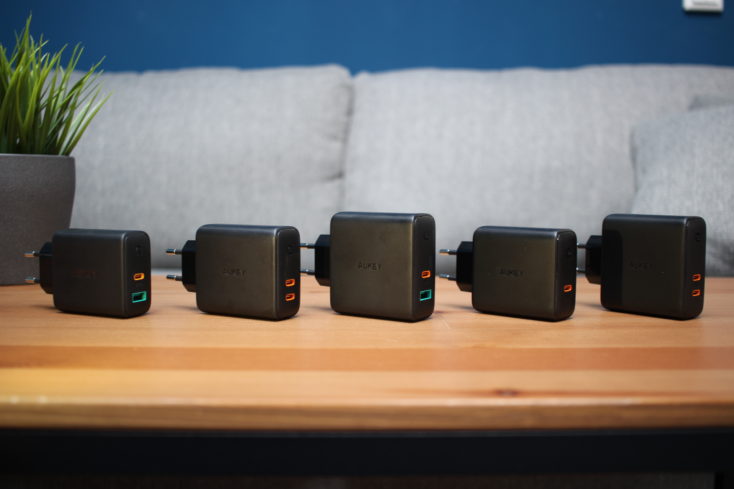 Aukey Charger of the PA-D series

We got a handful of chargers from Aukey and tried them out. Between 30 and 60W power and with different combinations of USB ports – there should be something for every need. In terms of workmanship all models are similar; both the material and the color are the same. All chargers have a small LED above the USB ports, which is integrated into the logo and lights up when the plug is connected to the mains. 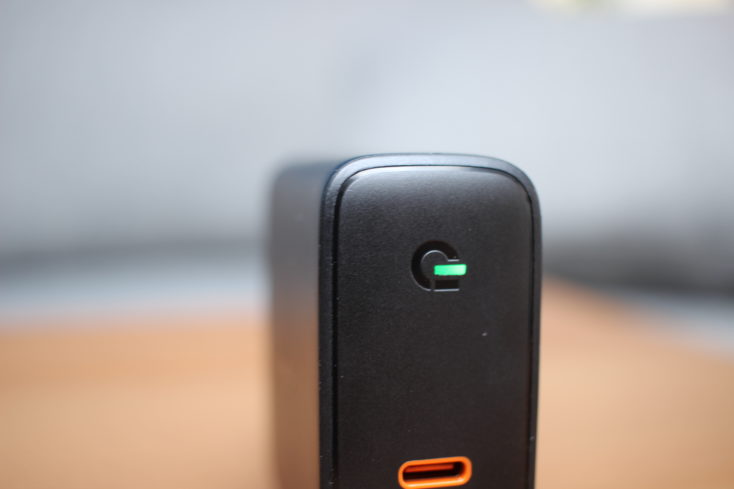 The maximum output power depends on the model. The PA-D1 delivers up to 30W, the PA-D2 up to 36W and the other three models up to 60W. To put the sizes into a comparison: Most current smartphones can be charged with up to 18W, many older models can be charged with only 10-12W. So if you are still using a 2014 phone, you don’t need a quick charger like this one. 🙂 But some top models already show where the journey is heading. The Galaxy Note 10+ from Samsung supports up to 45W, the record is 50W on the Oppo Realme X2 Pro. In practice, this all means that an average battery (3,000-4,000 mAh) can be fully charged in under an hour. 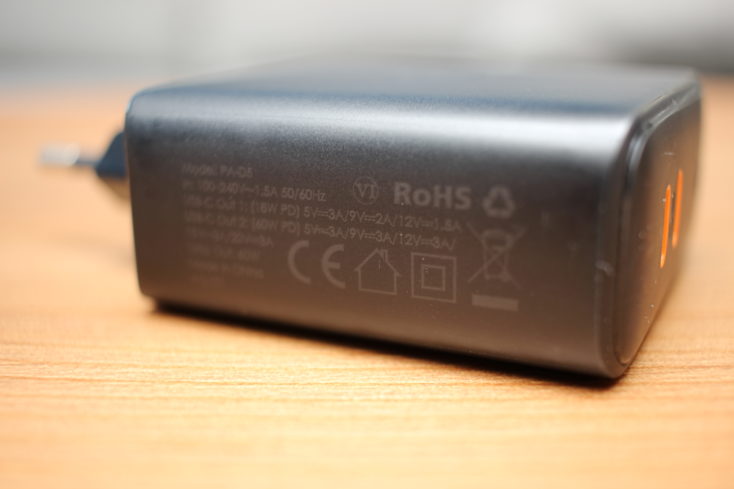 If two outputs are available, two end devices can be loaded simultaneously. The technology behind this comes from Aukey itself and is called Dynamic Detect. In the PA-D5, for example, the upper port delivers up to 18W, the lower one up to 60W. If both are used, the power is split between the two ports. All models also feature Power Delivery. 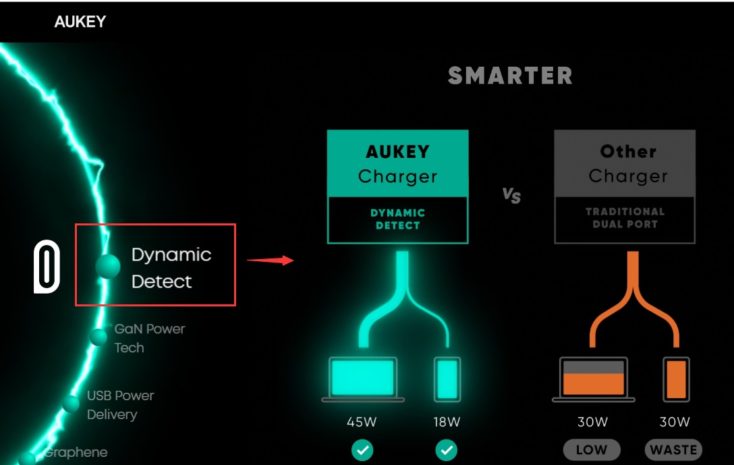 All chargers charge reliably and, depending on their performance, quickly. The speed is of course always dependent on the device, but the upside here is that you can use the same charger for all devices. Another positive thing I noticed is that the chargers don’t get very warm, even when used for a long time. A warming is clearly noticeable, but within an absolutely acceptable range. Cables are not included with the power supplies.. 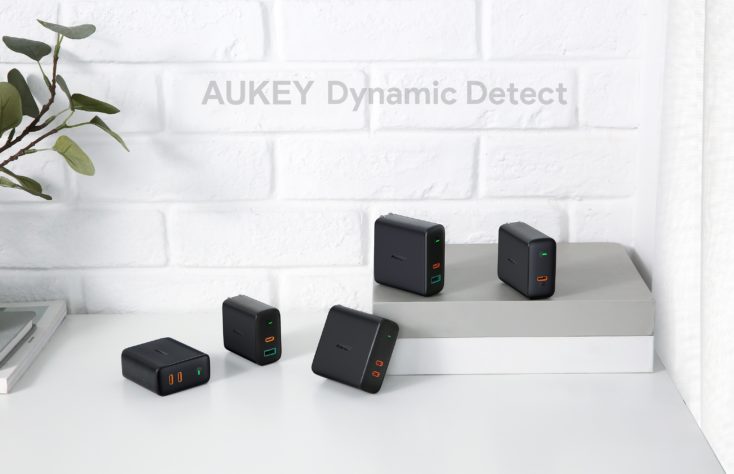 Overall, however, nothing negative can be said about the chargers apart from the price for some version. The workmanship is top so far and the size is still relatively compact. The promised output power is kept and the chargers do not get too hot. As good all-round chargers for all devices from smartphones to laptops, we think they are therefore very well suited.