2 Kommentare March 27, 2018 by Maike
Hey, guys! Just a heads up: The linked offer is already a bit older and the price of the gadget might have changed or it might not be available anymore.

Originally the idea for this gadget was sent to us by a reader (thanks again ), but we were so curious that we ordered the unusual toothbrush from TomTop ourselves. So there it is, the Automatic Toothbrush Anjiela. 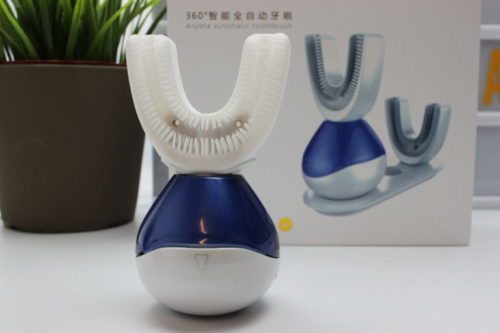 The gadget became known to a larger audience through various TV shows, where virtually identical models were shown. That alone was no novelty, because the idea was already known. Anyway, it is no surprise that there is also a version from China. 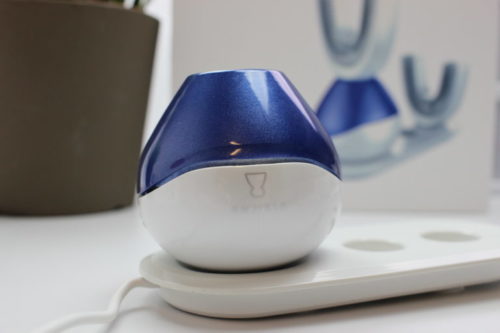 Instead of ordinary toothpaste, a liquid alternative seems to be used here, which is filled into a container at the top of the gadget. After the start, this is then released through the mouthpiece before the vibration sets in. We are very curious to try this out.

Since you don’t share a toothbrush of course, there are two interchangeable mouthpieces. There is also a charging station that charges the head of the toothbrush wireless.

What can the toothbrush do?

The question remains: Can this even work? The toothbrush presented on TV was at least over $120, whereas the price here is about $40. What do you think: can this toothbrush replace the ordinary ones?