0 Kommentare November 9, 2021by Jens
Hey, guys! Just a heads up: The linked offer is already a bit older and the price of the gadget might have changed or it might not be available anymore.

These replicas of classic controller designs made of silicone are sure to please console fans. Whether as a toy for the offspring or as a collector’s item for your own gamer heart. Unfortunately, shipping to Germany is currently still very expensive. 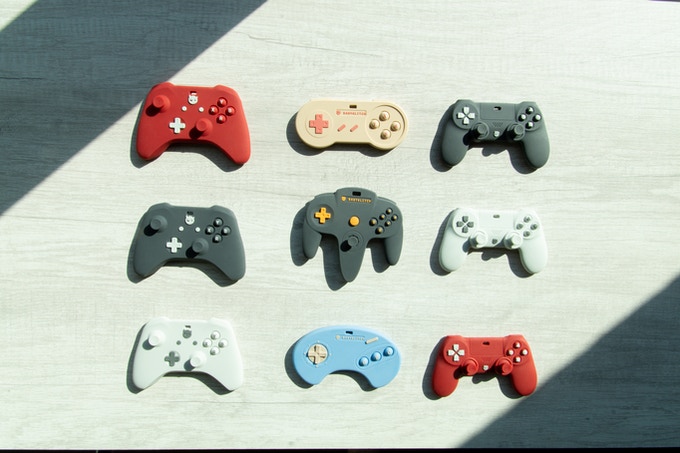 The short version right at the beginning: I’m excited about the Babyglitch controllers and would love to order several right away. On the other hand, shipping to other countries outside of America is so expensive that I would advise anyone not to order on those terms. Stupid situation.

These are emphatically not functional controllers; you can quickly get that impression at first glance. Instead, they are smaller replicas (about 70% of the original) of well-known gamepads. They are completely made of silicone, but the buttons and sticks are partly movable. The A/B/X/Y keys or their equivalents can be pressed so that you can “play” with them.

According to the manufacturer, you can let children play with it, so you can see in the video how the son’s son proudly sits next to his dad with the Babyglitch controller, who plays on the actual controller on the XBOX. If you like to play games yourself, you can introduce the little ones to a part of your hobby without having to sit them in front of the TV. At the same time, I think the idea as a “fidget toy” is also good for adults. I would put the N64 controller on my desk without hesitation, on the one hand because it looks cool and reminds me of my first own TV console, and on the other hand because I am absolutely susceptible to these fidget toys and also play with the Cube all the time. 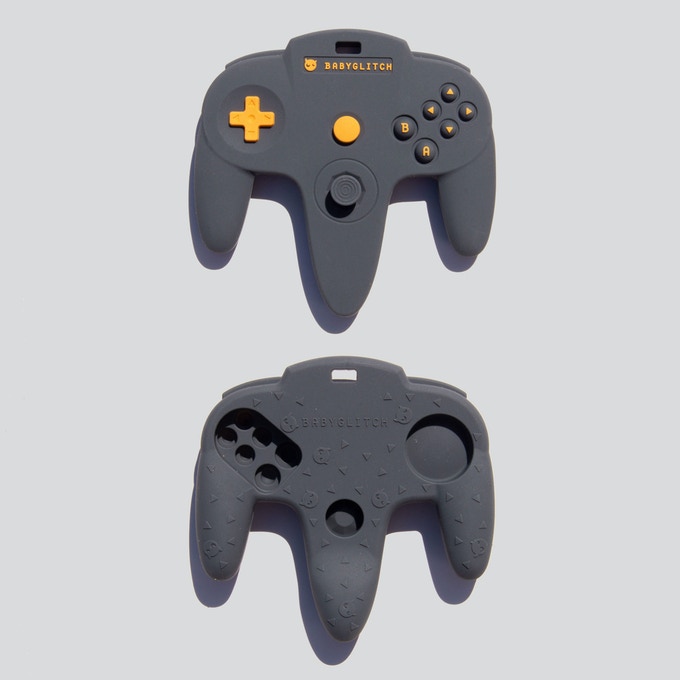 There are five different models: N64, SNES and Sega Genesis, as well as the PS and XBOX controllers in three colors each. Officially, of course, the models are not called that.

Why I didn’t order right away? As mentioned at the beginning, it’s currently too expensive for me. The controllers cost $20 in the Kickstarter campaign. Already a proud price, but I would still be willing to pay. The shipping to every country except the USA costs $50. And that’s just the end; for that price I can also buy two real controllers. 🙂 You could directly order the 5-pack and then pay $135 including shipping, that would still be the best deal, but it doesn’t really deserve the name.

What’s left for us? Well, we hope that the campaign is successful and that the controllers can somehow be delivered to other contries. But maybe I’m alone with my enthusiasm for the controllers. So far, at least, the campaign doesn’t seem to be attracting droves of supporters. Feel free to tell me what you think.