1 comment December 31, 2019by Thorben
Hey, guys! Just a heads up: The linked offer is already a bit older and the price of the gadget might have changed or it might not be available anymore.

“Earwax”, when I hear that word already, the hairs on the back of my neck stand up. Actually, wrongly so, because cerumen ensures cleanliness in the ear canal, fights bacteria and moisturizes the skin. Reason enough for the Chinese to produce a smart gadget with the Bebird M9 Pro that can gently remove earwax and “analyze” it. 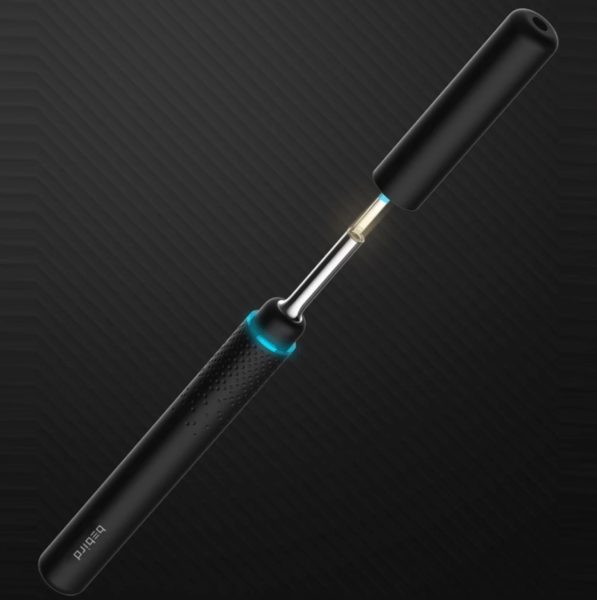 The Bebird M9 Pro – by the way, a meaningless name for an earwax device – actually looks like a high-quality ballpoint pen. It is about the same size and also comes with a charging station in which the M9 Pro can stand. In fact, this gadget is even available in three different colors, but in the shops one apparently only gets a random selection. If you take off the cap of this “pen”, the real star of the show appears. 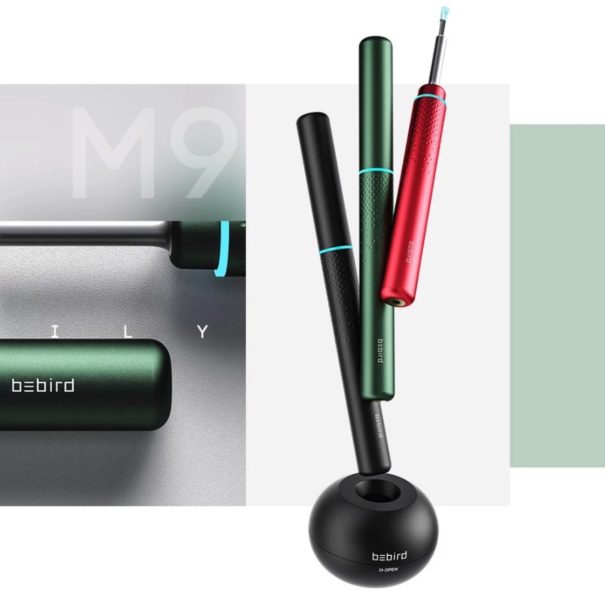 For the head there are altogether 17 different attachments, which can be roughly divided into four categories. Included in the delivery are four soft attachments for scraping the earwax, which with a slight bend probably work better than the usual cotton swab form. Two of them are also available directly. But the highlight could be the three different massage attachments. An inner ear massage is at least new to me, but you could certainly try it. There are also two more attachments, whose function is not described in detail. 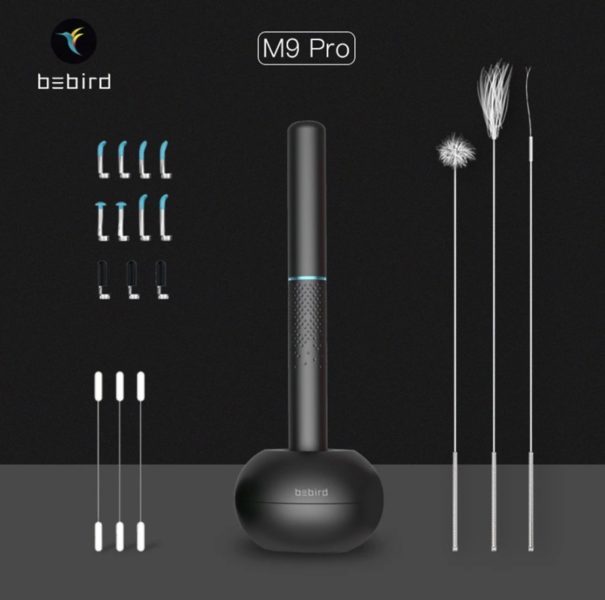 What does the Bebird M9 Pro do?

What exactly do you do with the M9 Pro now is the real question. Many experts advise against using cotton swabs. Earwax sounds disgusting, but as described above, it fulfils important functions. With cotton swabs, a large part of the wax is pushed down into the ear canal, thus risking injury to the eardrum. Since the attachments of the Bebird M9 Pro seem to be so filigree, you do not push the earwax further down, but can gently scrape it out. This way, cleaning the ears should be easier, safer and more precise – that’s the slogan for the product. 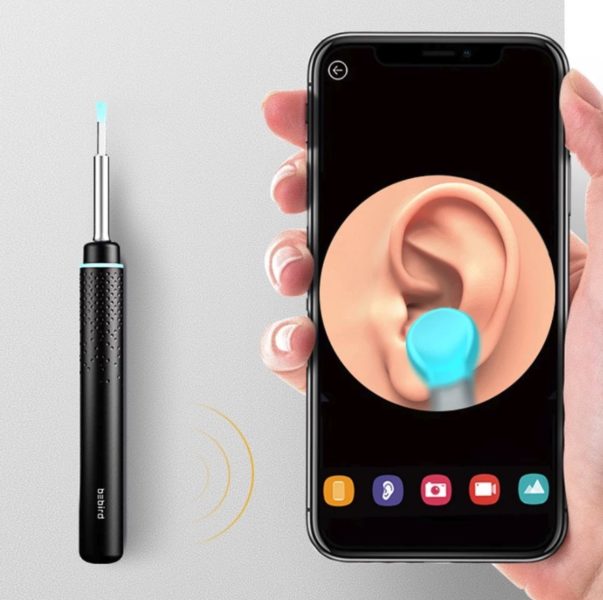 The gadget also offers an endoscope camera, a very thin camera that transmits the image to the smartphone in real time at 30fps. Of course, this requires your own app, which you connect to via WLAN. The endoscope lens has a diameter of 3.5 mm and is also equipped with 6 LEDs so that you can see something. In addition there is also a 4-axis gyroscope so that the live image can be adjusted.

Furthermore, the Bebird M9 Pro is equipped with a rechargeable battery, 350 mAh provide 90 minutes of use. The whole thing is charged via the already mentioned station, in which, by the way, the attachments can also be stowed away. 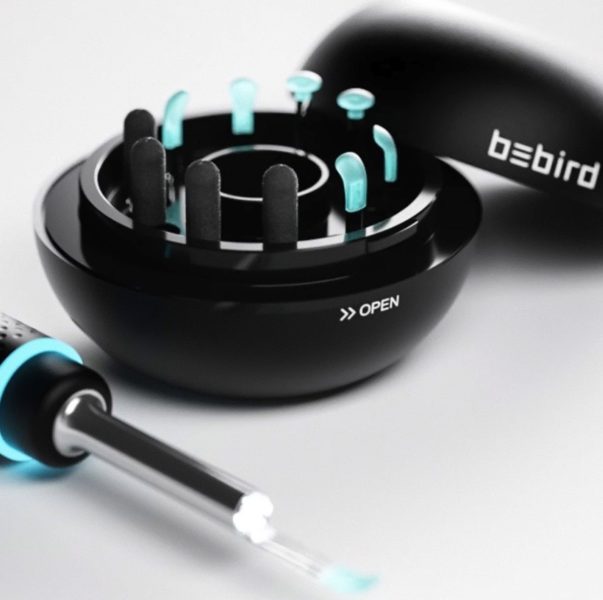 Uh, yeah, we’re actually a little out of words here. Ear hygiene should certainly be taken very seriously, but we are not otologists, so our information is without guarantee. We don’t really know if we really want to test this thing, it’s at least a more sustainable approach than disposable cotton swabs, even if one can certainly argue about the lithium depletion.