0 Kommentare August 9, 2019 by Maike
Hey, guys! Just a heads up: The linked offer is already a bit older and the price of the gadget might have changed or it might not be available anymore.

Blackview has always been known as a manufacturer of outdoor smartphones. Even though they are always a bit bigger due to their robust construction, the new Blackview BV6100 goes one better. With its 6.88 inch screen diagonal it is a real outdoor tablet. Technical data of the Blackview BV6100

Since smartphones are generally getting bigger and bigger, the term “phablet” (mix of smarphone and tablet) is almost extinct. With the Blackview BV6100, however, this is quite appropriate, because the display diagonal of 6.88 inches clearly exceeds the current average of about 6.4″. This makes it comparable with the Xiaomi Mi Max 3, which uses a 6.9″ diagonal. But there is a drop of bitterness: Blackview uses a screen panel with a resolution of 1352 x 640 pixels, so not even a HD display! This is actually a no-go with such a screen size. 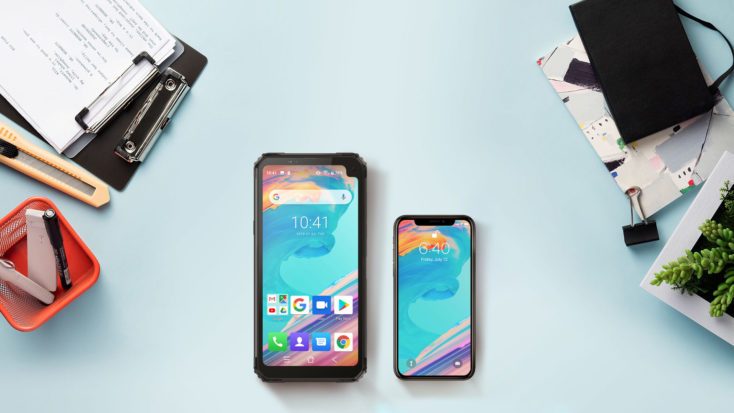 But why? Well, the Blackview BV6100 is an outdoor smartphone. This can be seen at first glance, as the housing frame is made of aluminium and equipped with additional anti-shock points. In addition, there are the clearly visible screws, which underline the outdoor look. In fact, the BV6100 should also be dust- and waterproof according to the IP69K standard and protected against shocks and falls. A depth of 1.5 m applies to both. Gorilla glass from Corning is also used on the front and back. 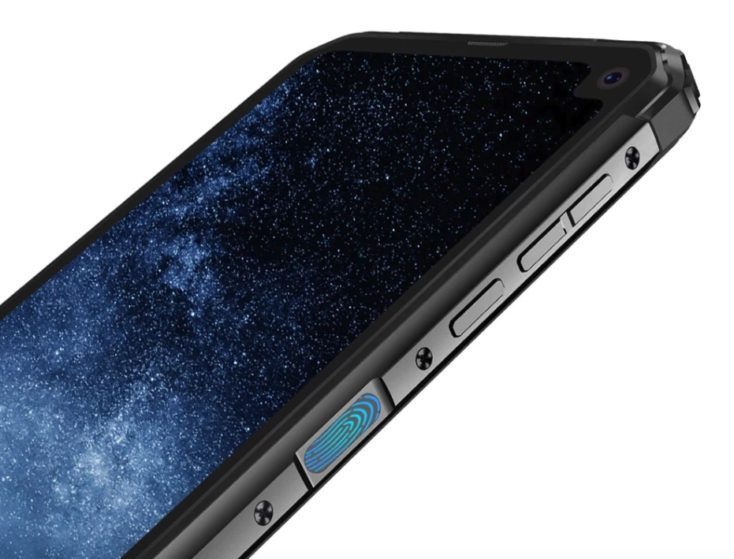 The positioning of the front camera is also unusual. The (un)popular Notch is also available, but it can be seen in the upper right corner and is not as elegantly designed as a Honor 20 Pro. Its shape is almost reminiscent of a Waterdrop Notch, but the positioning in the corner creates a very unusual design. The fingerprint sensor is also located on this side.

The Blackview BV6100 features the MediaTek Helio A22 processor, a quad-core CPU with 2 GHz clock frequency. We know this for example from the Redmi 6A, a low-budget smartphone. Accordingly, the performance of the BV6100 can also be described as budget, the power of the CPU is unfortunately only sufficient for basic functions, but is energy-saving. In addition there is 3 GB RAM and only 16 GB internal memory. 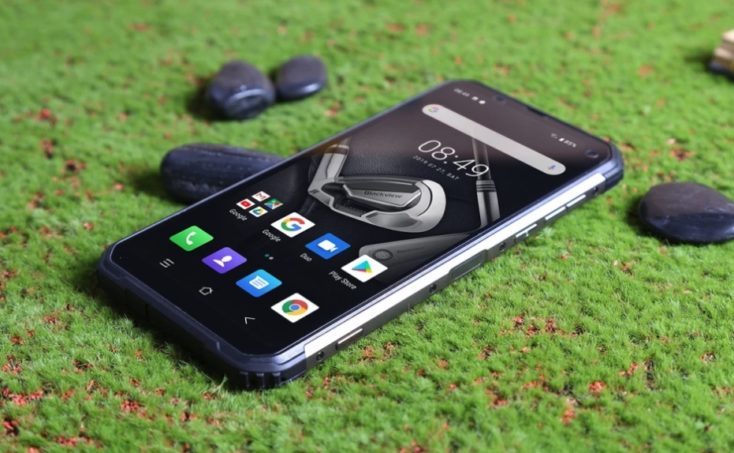 Speaking of good battery life, you also want to make this possible with the 5580 mAh battery. Such a capacity is appropriate for such a display size, but here you probably profit from the low screen resolution. Less important here is the built-in camera. This is a dual camera, but the main sensor is not too high resolution with 8 megapixels. The second sensor is only a 0.3 megapixel sensor for additional image information, but with such a low resolution it’s rather a gimmick. The front camera in the Notch offers a 5 megapixel resolution. 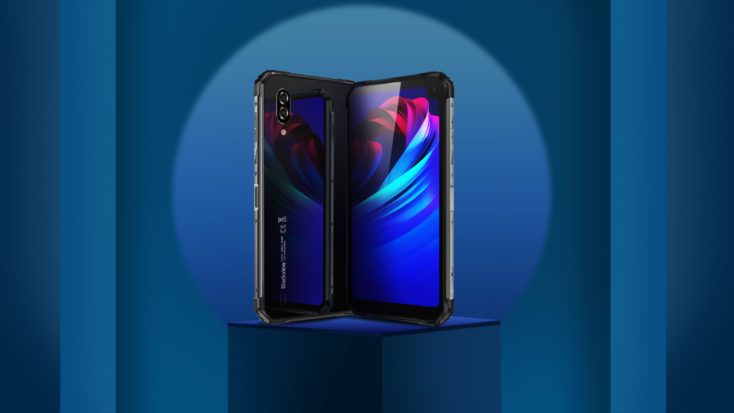 In addition to the robust design, the connection options are particularly important. The Blackview BV6100 offers Bluetooth 5, LTE Band B1/B3/B7/B8 and Band 20, GPS, GLONASS, Beidou and Galileo as well as NFC for Google Pay. Apropos Google: Of course the Android 9 operating system is pre-installed here, but Blackview has adapted it. This adjustment is mainly for the design and some additional outdoor apps.

In my opinion, outdoor smartphones are usually only worthwhile for people who actually do a lot of outdoor activities or are on the road a lot on construction sites. But the Blackview BV6100 is even more special, especially because of its enormous size. You have to be prepared to compromise on speed and display resolution. The NFC, the large battery and the outdoor compatibility have to be kept to the manufacturer’s liking. Nevertheless, for me personally the mobile phone would probably be nothing. Does it look different to you?