Banggood’s house brand BlitzWolf offers a wide range of gadgets. Whether it is a USB-C cable, a fan or a height-adjustable desk – BlitzWolf certainly impresses Xiaomi with its broad spectrum. Recently, we also noticed several kitchen gadgets from the manufacturer. For example, the BlitzWolf BW-CB2 blender with 1500W of power. Is the import worth it? 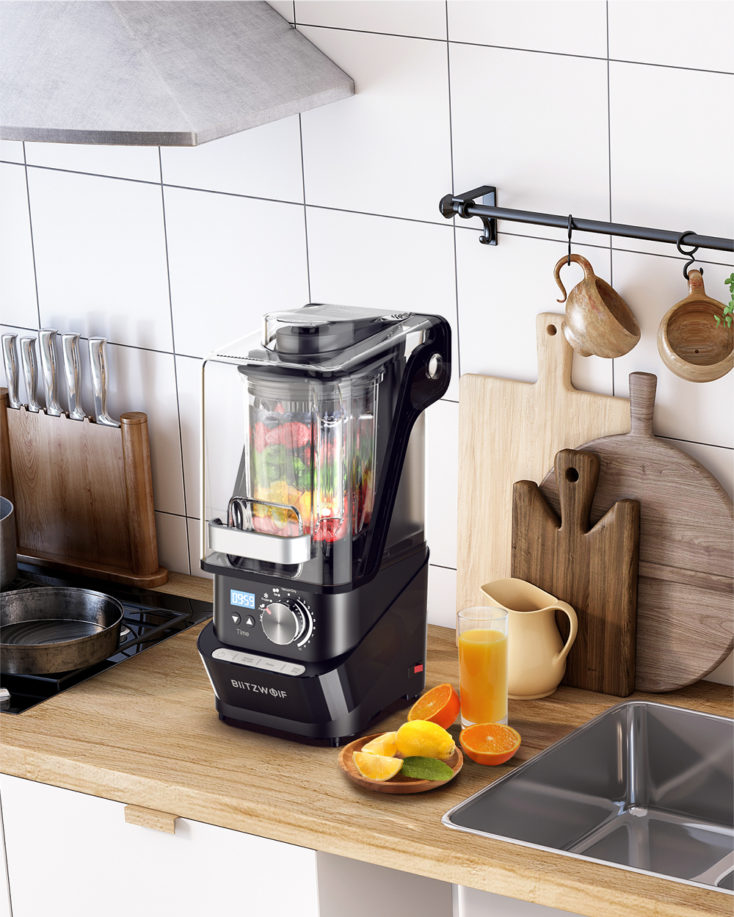 No, the BlitzWolf BW-CB2 blender is not meant to be a Thermomix alternative like the Xiaomi Ocooker food processor, but a “usual” blender. Nevertheless, the BlitzWolf device offers an optics, which I know so far only from the gastronomy. This is because the actual blender jar is protected by a Quiet Shield, which is supposed to reduce the blender’s working volume by 30% to around 80 dB. A brief research of other blenders shows that comparable blenders can also get up to 90 db loud. However, there is no information about the load and power at which this was measured. 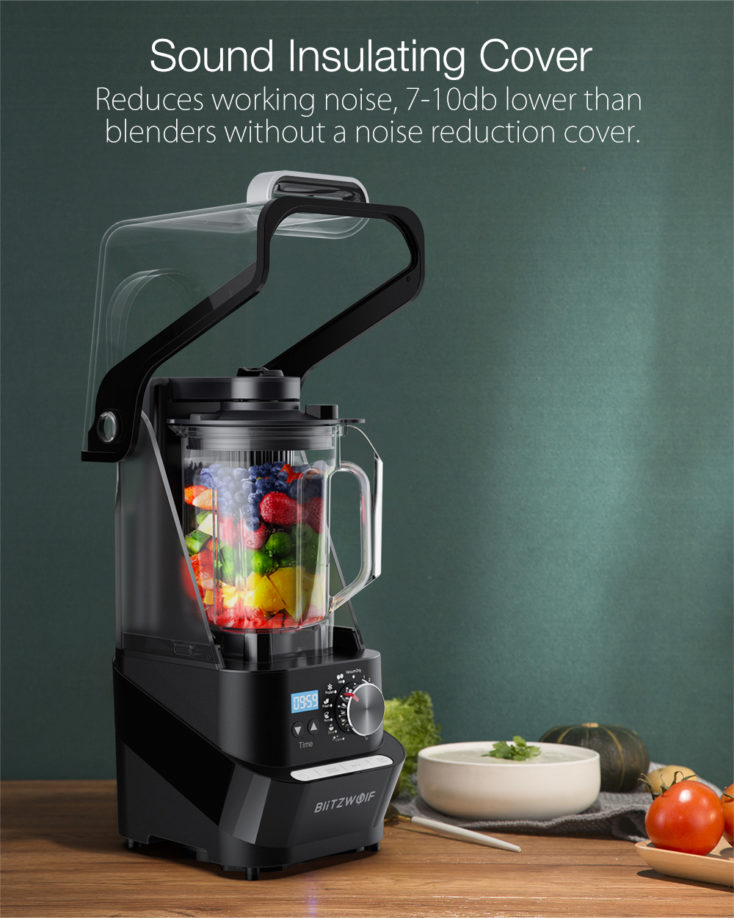 The blender jar offers a capacity of 1.5 liters and is made of Tritan, not glass, according to Banggood. The blender measures just under 51 cm in height, with a width of 20 and a depth of 26.7 cm. The weight is 6.87 kg, but since a blender is usually rarely moved, this should not be a big point of criticism. Under the blender jar is the control panel, which has an LCD display for the time, two function buttons for the timer, and a dial for adjusting the blending strength. On the bottom, the device is equipped with anti-slip feet, so that a safe stand should be guaranteed. 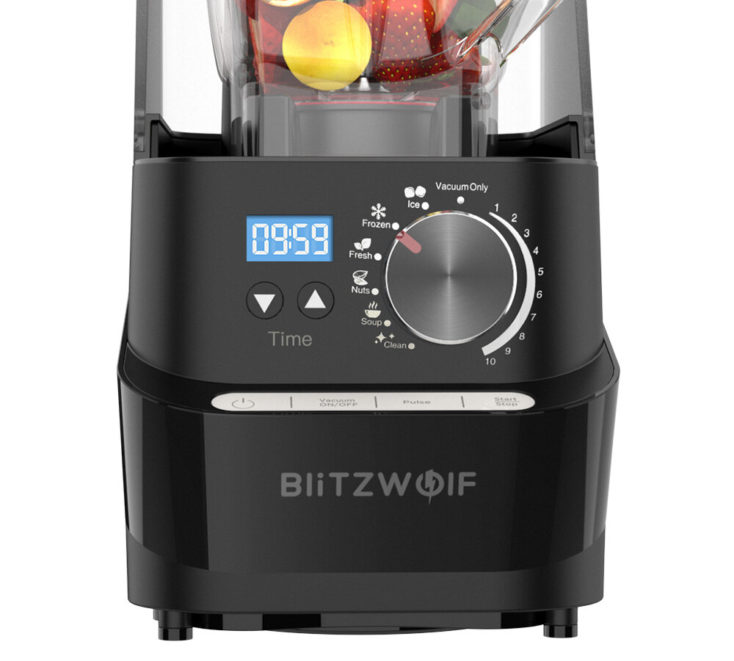 BlitzWolf advertises the blender big with a power of 1500W or 2.5 horsepower, which is quite common in this price range, but also not the end of the line. However, the wattage alone does not give much information about the blender’s strength. The revolutions per minute, which BlitzWolf specifies as a lush 35,000 rpm, are also important. But even there, you should still evaluate the blade quality. The BlitzWolf BW-CB2 offers a blender blade with four stainless steel blades. How sharp the blades are, we can not say without testing. The BlitzWolf BW-CB2 blender offers a total of ten speed settings, which allow you to adjust the blending power to the selected ingredients. According to BlitzWolf, you can grind, crush ice, blend, puree and liquefy with the blender. Thus, the blender would be suitable for fruit, juice, nuts, puree, sauces, smoothies and soups. Another interesting feature is the “vacuum” function, which draws as much oxygen as possible out of the blender jar before blending. This is supposed to preserve nutrients better, the color is supposed to be fresher and the smoothies last longer due to the lack of oxidation. If you’ve ever had any experience with such a vacuum function, feel free to let us know. For safety reasons, the blender is probably also equipped with a magnetic safety switch and a lock, so there should be no additional risk of injury.

I can’t explain it exactly, but somehow we are interested in the blender from BlitzWolf. Sure, it’s not a Thermomix alternative, but seems to offer a lot of power and smart features for a fair price. The sound insulation alone is a rare extra, and the maximum 35,000 rpm is also quite a lot. But whether the BlitzWolf device is an alternative to established high-performance blenders like the VitraMix devices? We don’t want to go that far without a test. However, if you are interested in a test, please let us know.