2 Kommentare January 21, 2018 by Maike
Hey, guys! Just a heads up: The linked offer is already a bit older and the price of the gadget might have changed or it might not be available anymore.

Bluboo, like the Doogee Mix, follows the success of the Xiaomi Mi Mix and brings a “borderless” smartphone to the market. Considering the price range in which the Bluboo S1 Smartphone is sold, it possesses an over average processor. 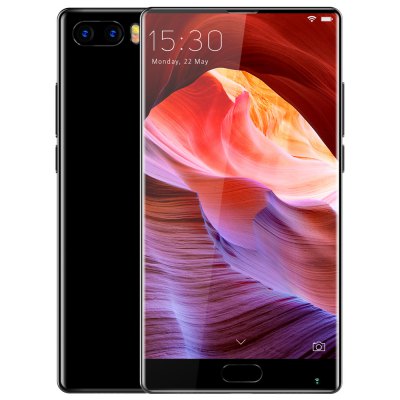 From the front, the Bluboo S1 Smartphone looks very similar to the Mi mix, but in contrast to the large model, there is a thin, upper edge. The lower one is bigger, since the fingerprint sensor was placed there. The back could be 1-to-1 from the direct competitor of Doogee and is kept quite “clean”. The 5.5 inch FullHD display (Doogee only uses a 720P display) is protected by Gorilla Glass 4 and is rounded to the left and right. With dimensions of 148.6 x 74.3 x 7.9mm it is slightly smaller than other 5.5 inch smartphones but has the same width. At 175g it also is somewhat heavier but still lighter than the Doogee Mix. 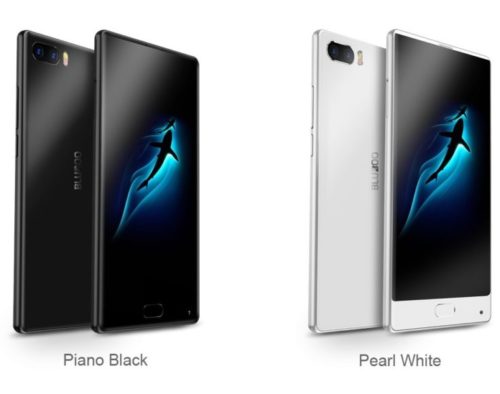 As a processor, the new MediaTek Helio P25 Octa Core is used, whose two ARM Cortex-A53 clusters each clocked with 2.5GHz and 1.6GHz . The graphics is supported by the ARM Mali-T880 MP2 GPU, which offers 1GHz. For working memory, 4 or 6 GB of the current LPDDR4X standard is used while the main memory is 64GB or 128GB large and can be expanded (up to 256GB). All in all a better hardware is built in than usually in this price range. The battery should be large enough with 3.500mAh to last for a day. 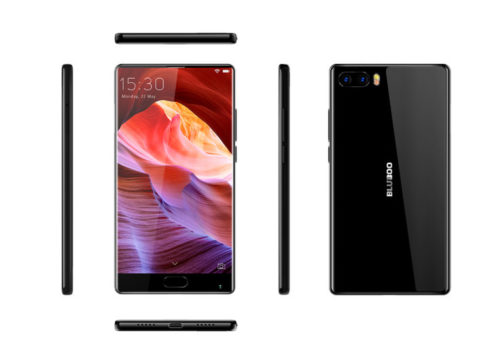 The rear main cameras release with 13 and 3 megapixels each . Unfortunately, Bluboo speaks states a camera with 16MP, but these can only be achieved by interpolation . The same also applies to the front camera which has 5MP and is interpolated to 8MP.

LTE Band 1 is supported as well as the other bands important to the USA. The SIM slot is a hybrid in which you have to decide between memory expansion and 2 SIM cards. The current WLAN AC standard is unfortunately not available as well as a headphone jack. To compensate for this, an adapter is included, which converts the USB Type-C connector to the jack. GPS and GLONASS are available for location determination. The current Android 7.0 nougat is used on the software side .

The design, if not as amazing as the Mi mix, I find personally very appealing, because “borderless” simply looks good. Also, the 1080P display is the better one, compared to other smartphones in this price range. The rest of the hardware (chipset & RAM) is also convincing by current standards .

Greatest flaw in my opinion is the missing headphone jack and the misleading camera advertising as well as that a sensor has only 3MP , which is very little. But all in all the Bluboo S1 Smartphone seems as a good choice for a low cost smartphone with good hardware.