1 Kommentare June 21, 2018 by Maike
Hey, guys! Just a heads up: The linked offer is already a bit older and the price of the gadget might have changed or it might not be available anymore.

We would like to introduce some magic tricks from China. Almost all illusions have something in common, you have to have some skill for their implementation. Not so with the following trick: the burning wallet. 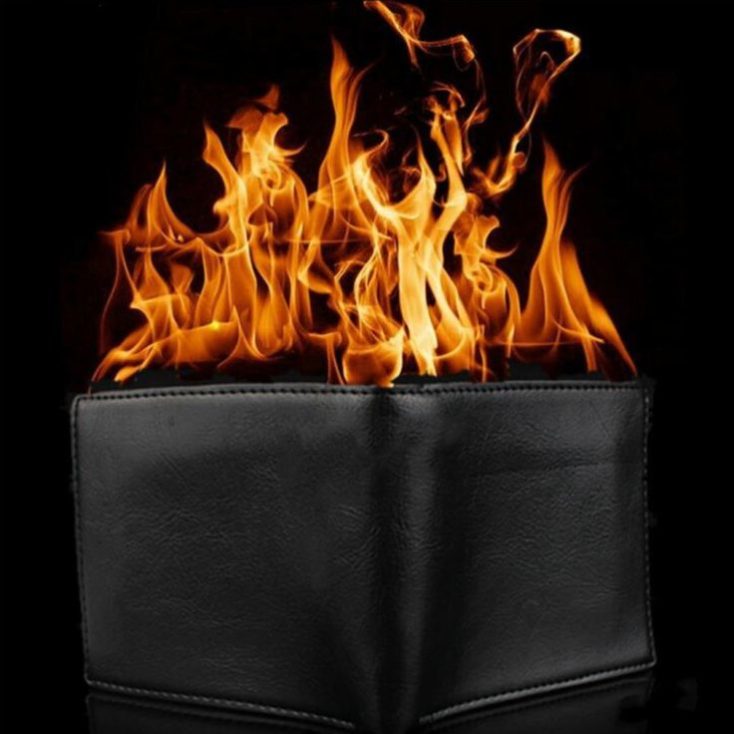 Fire and money don’t really get along so well. Here I unpack the wiseass knowledge, because lawfully it is not allowed to burn your hard earned cash, even if you might think it’s your own property 🙂

So, over with the offtopic, which doesn’t really have anything to do with the gadget either ? . You get this stylish wallet made of imitation leather. In addition to the usual functions of a wallet, this copy can also burn something special:. To give you an impression of the effect, here is a video.

Before you can burn your wallet, you must first oil the fireproof inside of your wallet. When the wallet is opened, a flint is released, which burns the oil inside. You have to get the oil, as always with such gadgets. For the price it’s surely a nice magic trick, which should achieve the desired effect at least at the first demonstration. However, this might not be the only magic gadget from China. Do you know any more?

Fun fact: “As seen on TV” fits really, really well to this passionate soccer spectator at the World Cup 2018 🙂

So, if this gadget can get you on TV, then you should definitely buy it!