0 Kommentare May 2, 2019by Jens
Hey, guys! Just a heads up: The linked offer is already a bit older and the price of the gadget might have changed or it might not be available anymore.

You’re never too old for these sets, are you? From the manufacturer CaDA comes this kit of 1498 parts, which can even be remote controlled and can be built in two different ways: the CaDA battle tank. 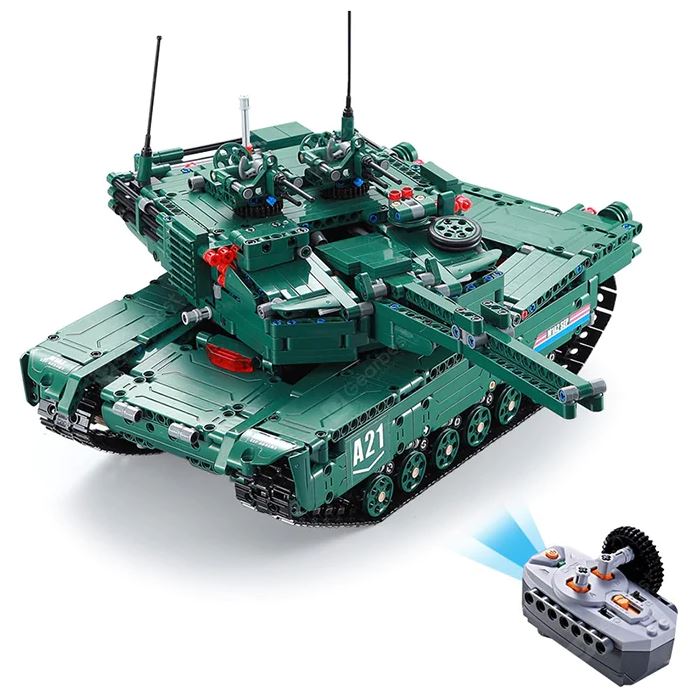 The tank is not the first model of the manufacturer we meet. In the different Chinese online shops you can find different models. Many are military vehicles, but there are also sports cars, trucks and the somewhat unusual replicas of rifles and pistols. The sets are particularly interesting because there are no military models from well-known European manufacturers from Scandinavia. They are not clones or fakes – good to know.

Two models in one

The quality of the stones on the last models was good to very good, so we can assume that this is also the case here. With a total of 1498 individual parts you can look forward to several hours of assembly time. Twice as much, if you want to have both variants assembled once. 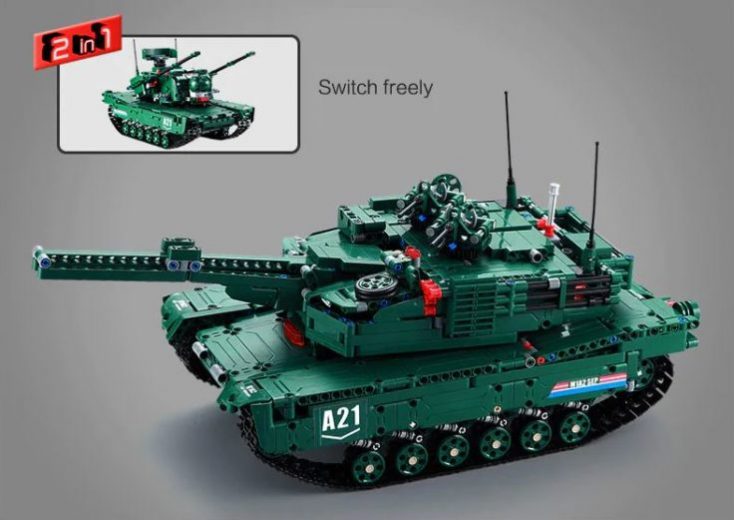 You can choose between a battle tank with a single cannon and an anti-aircraft tank with twin cannons. The chassis is the same for both vehicles, only the turret and the other superstructures are different. However, both models have many details, such as antennas or additional machine guns. Also some stickers are included.

The model has a motor and a wireless remote control. While adults rather enjoy the construction and then place the tank in the showcase, the remote control is probably something for children. And the tank can even shoot single plastic bullets out of the cannon.

Interesting is here simply the model, because you cannot find tanks with every manufacturer. Since I have already built a model of CaDA, I assume a reasonable instruction and a good quality of the stones. Only the price might be a little bit stalling until you realize that about $70 for a 1500 parts model is really not expensive. Even the Mitu robots from Xiaomi cost more, not to mention European brands.

The only question that remains is whether one would like to build tanks instead of knight’s castle and police station. If so, you will definitely find some interesting options here.