CaDA building blocks gun with plastic arrows of 250 parts for $14.99

0 Kommentare February 1, 2021by Jens
Hey, guys! Just a heads up: The linked offer is already a bit older and the price of the gadget might have changed or it might not be available anymore.

Building blocks do not have to be expensive. Many Chinese manufacturers in particular have been proving this for a long time. But even among the price-performance-technically good sets, there are some that are just particularly cheap, like this small pistol for just under $15. Such sets (firearms) are not found as often as, for example, sports cars or excavators. In addition, this pistol can even shoot small plastic bullets. 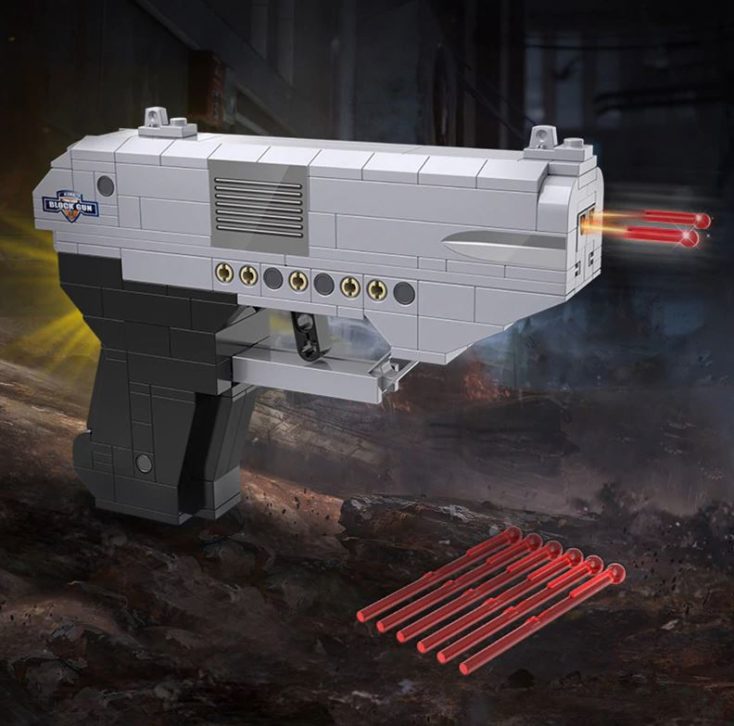 Not everyone likes such toys. In the past, there were different opinions when it came to replicas of weapons (and that’s what it is) made out of plastic bricks. For me, however, this still clearly falls into the same category as, for example, Nerf weapons that shoot foam arrows. It should also be clear to everyone that the plastic arrows shot here fly at such a low speed that they can hardly hurt anyone unless you shoot directly at their eyes (which, of course, you should avoid).

We already built this rifle from CaDA in 2019 that also shoots foam arrows. We really liked that one back then, and it’s still in our office today – and is also regularly used for target practice with Kristian’s numerous 3D prints (pssst, don’t tell him).

The pistol here is probably the most compact shape you can pack the meachanism into. According to the pictures, it makes a stable impression, even if you can only really judge it when you actually hold it in your hand. 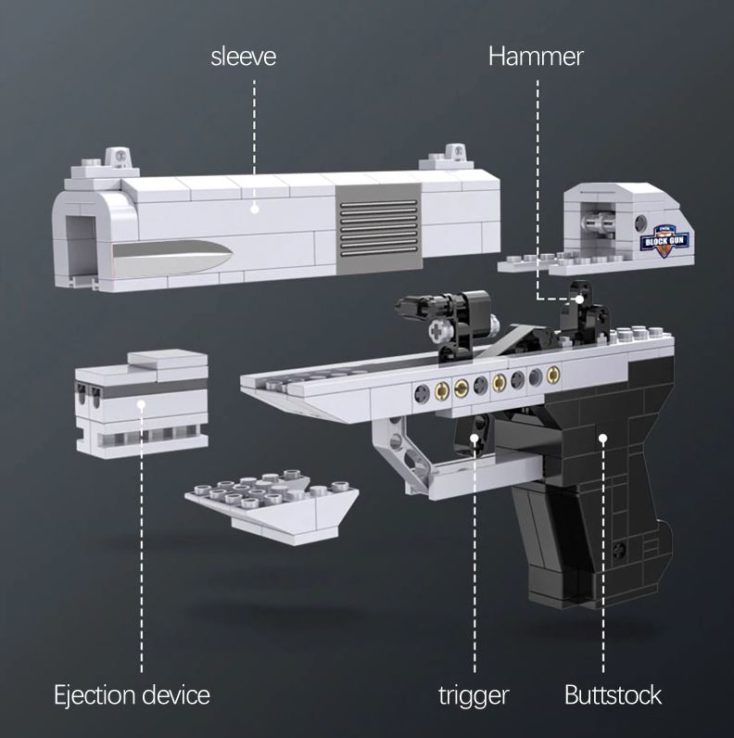 This is not just a model for the showcase. As already mentioned, there is a shooting function. For this, two of the six enclosed plastic arrows are inserted into the barrel. In the corresponding brick there is a spring mechanism and a holder that holds the arrows in position. The trigger of the gun pushes the arrows forward, causing them to release from the holder and be shot forward by the spring. It is not explained in detail, but the illustrations strongly suggest exactly this mechanism.

What’s nice is that the pistol currently costs just shy of $14. That in itself is not much for such a toy, but even more so a very good price for a building block set of 250 parts. We will keep our eyes open for more sets in this price range; not everyone wants a $150 set.