The C51043W set from CaDA is a buggy made of a total of 522 individual parts, which is also equipped with motor and LEDs. Beautiful design, potential for play and a low price – what more could you want from a building block set? 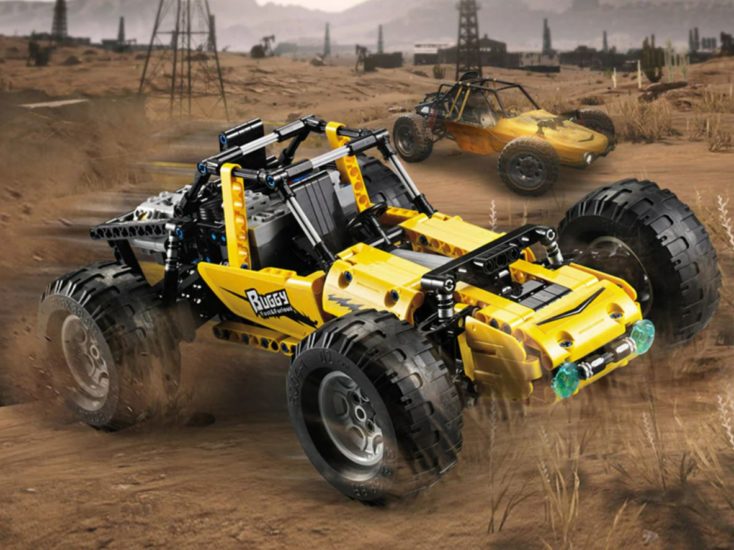 When I see a beach buggy this one song automatically goes on in my head… Fans of Bud Spencer and Terrence Hill will know which one I mean. And after I discovered this set here, it resounded of course directly times the half morning here from my loudspeakers. If the buggy here was still red with a yellow hood, I would have ordered it myself 🙂 .

The little car here has four individually sprung tires and rear-wheel drive. LEDs are installed in the front headlights, which also illuminates the set. The box with the batteries sits behind the driver’s seat.

There are not many details, however, to mention would be the rear exposed two-cylinder engine with naturally moving elements. The set comes almost without decals – but only almost. The doors (which can’t be opened by the way) and one more brick on each side are sticked. Of course, you can leave out the stickers and get a completely yellow car without any inscription. 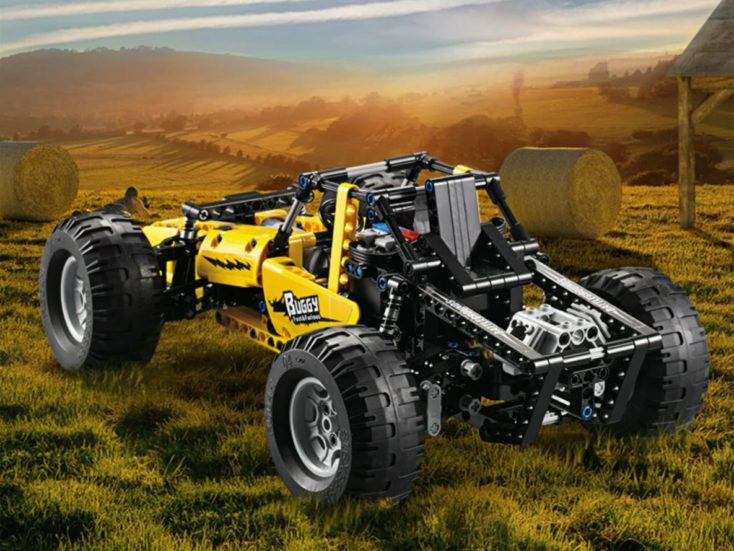 There is not much more to say. 522 parts for under 40€/$60 is a good price, especially for a motorized set. Probably especially the AliExpress dealers will ship it again without original packaging, so don’t be surprised about that. Nevertheless, the instructions are included and are usually easy to understand at CaDA and do not pose any major problems during construction.