0 Kommentare April 15, 2021by Jens
Hey, guys! Just a heads up: The linked offer is already a bit older and the price of the gadget might have changed or it might not be available anymore.

The last building blocks set on our site, which we introduced to you, came from Xiaomi. This kit from CaDA is a sports car we found at the China shops. This kit is with 1696 parts one of the biggest kits CaDA has in their assortment. 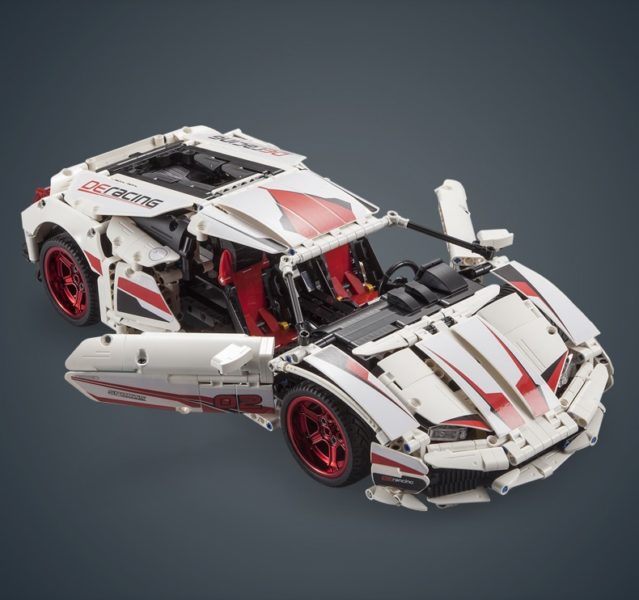 CaDA shows here again that a model with many clamping modules does not have to cost much. This can be seen in the other kits which we have already examined. Besides the military vehicles or even the rifle CaDA apparently has a preference for sports car kits. Especially this model is not to be found at other, large manufacturers.

In addition to the CaDA 919, which is only available from CaDA, you now also have this sports car, which in real life is one of the super sports cars. The similarity to a certain brand can be seen in CaDA, but the texture is changed in some details and/or kept very simple, so that CaDA can sell the models. 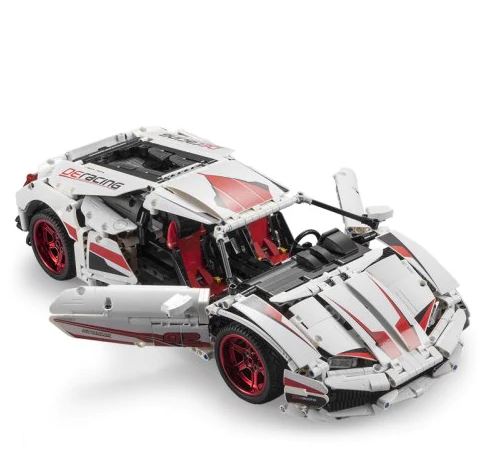 True to detail on other levels

CaDA is again focusing on many details. Besides the well-built exterior, CaDA also puts a lot of effort into the interior. For example, you have a very detailed appearance that comes very close to the real car. Sports bucket seats and a sports steering wheel are too clearly visible. In addition, a centre console, which is revealed by a sticker. This is probably a model which leaves nothing to be desired.

The sports cars from CaDA all have that in common! Through stickers they are given racing cars or even super sports cars similar approaches. Of course the CaDA 919 is a racing car, but the other kit of this brand has also some small stickers, which indicate the original. 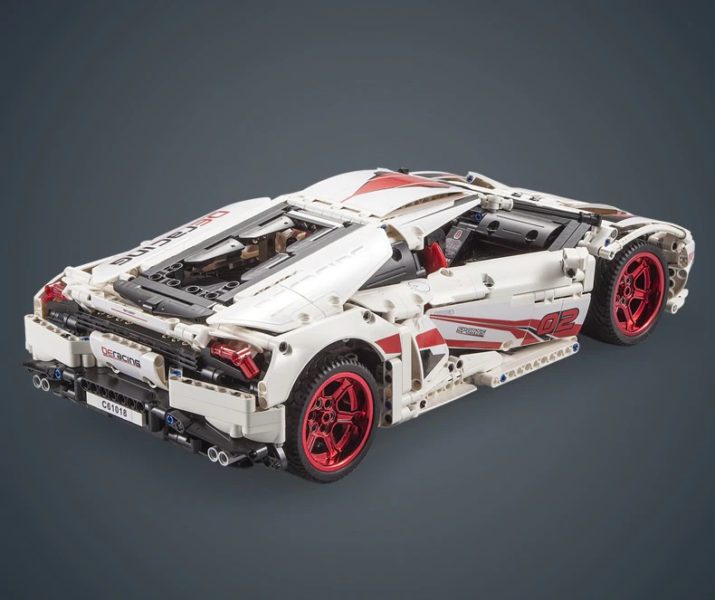 With the current kit CaDA also uses active LED headlights. This was not available in the other kits, no matter if from CaDA or Xiaomi. But also the hinged trunk and rear window are important details. Especially as there is really a suitcase in the trunk.

Through the rear window one can see the large engine, just as it is in reality. Such details make a model to a real model, what I personally like very much. These stickers or also the LEDs enhance the model in terms of appearance.

Important: There is a motor, but it is not always there. The cheap version (~$60) is delivered without motor. If that is enough for you, you get a comparatively cheap model here. But if you want the motorized version, you have to add a few dollars and pay about $90.

In our experience the system is identical to the other kits we have built and/or written about. Therefore I am very confident that everything will work here too – so far we have not been disappointed here.

This model has two engines for the front and rear axle. In addition, there is the battery to power both the motors and the LED headlights. 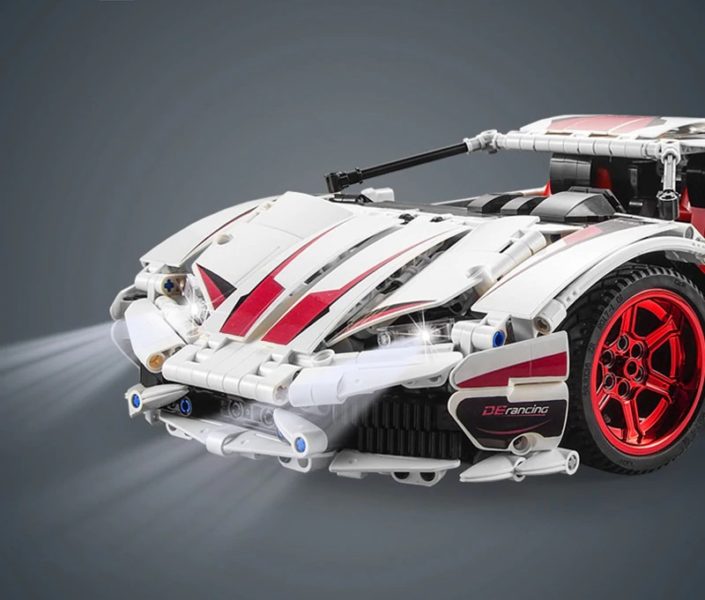 The kit from CaDA is looking at the price and the pictures a kit that is unparalleled in terms of value for money. Until now hardly any other kit has managed to offer so much for such a “low” price. Be it components, details and technology. But keep in mind that the engine is not included at this low price.

In our experience the construction and the functionality of the kit should not be a problem. If you already have this model or you know more about it, let us know in the comments. Your experience and knowledge can help and who knows, maybe we order the kit and write a detailed review.