0 Kommentare October 18, 2020by Jens
Hey, guys! Just a heads up: The linked offer is already a bit older and the price of the gadget might have changed or it might not be available anymore.

CaDA is taking a new path with this set and is releasing a licensed Mazda RX7 of the manga/anime series Initial D with the C61022W. Will manga and building blocks fans find each other here? 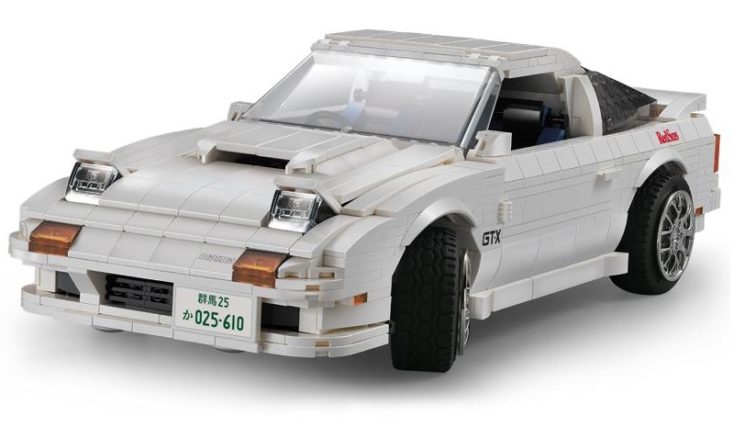 Initial D is known to some (like the writer of these lines) perhaps through the soundtrack, which has become a meme in the meantime. Without wanting to offend fans of the series: It is somehow about cars. They were driving fast and drifted a lot. And it’s the Mazda RX7 that makes it to this set. According to CaDA, it even has an official license, both from Mazda and the makers of the manga.

The kit consists of 1,552 individual parts, which alone should take a few hours to build. Besides many optical features – like the engine compartment and the equipment of the cockpit – and movable elements – from the doors to the front headlights – there is also the possibility to convert the car into a racing version with a second hood and a rear spoiler. Presumably, this will also have its origins in manga 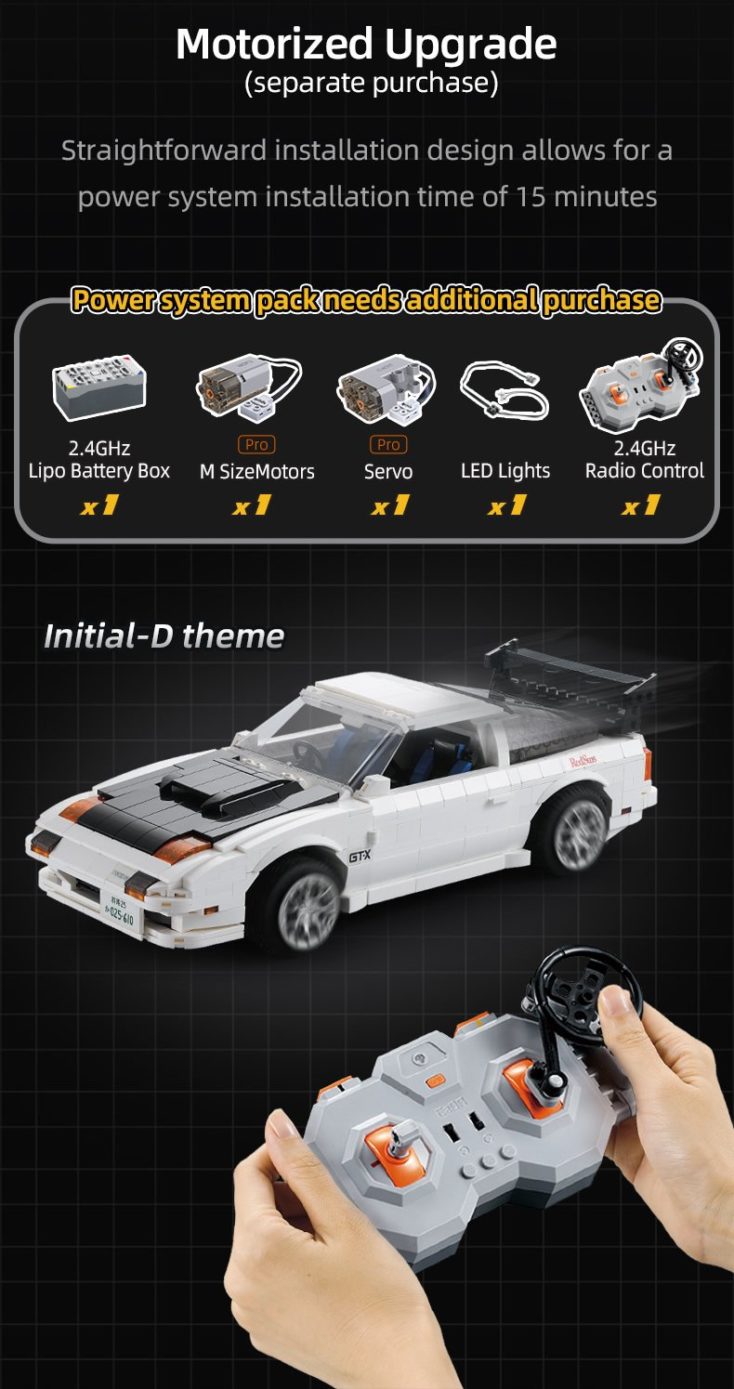 Not included in the set, but additionally available is the Power System Set consisting of several engines. This makes it possible to control the car remotely, which you would expect from a car with this background. Additionally there is a bracket to place the car in the showcase.

Personally I like the fact that the bodywork here again consists of many small, classic stones. With many large models you often use long poles and large, curved elements. Admittedly, these are also necessary for modern sports cars, but they never feel quite like the building and trying things out in the children’s room of yesteryear.

Currently, the set is not yet available in Chinese online stores, but CaDA lists it in their own webstore for about $120. But since GearBest and AliExpress sell almost all CaDA models, I expect it will appear there sooner or later.