0 Kommentare October 12, 2020by Jens
Hey, guys! Just a heads up: The linked offer is already a bit older and the price of the gadget might have changed or it might not be available anymore.

Unfortunatly the CaDA C61042 Supercar is not available anymore. But there are enough alternatives. For example the much cheaper CaDA C61041, which has to do without the engine, but even consists of more parts. Or take a look at the many other CaDA models.

Ferrari or Lamborghini – for some automobile fans this is a real question of faith. From now on, the question also arises when collecting CaDA sets, because with the C61042W from the Master Series you now have a Ferrari replica in your assortment. 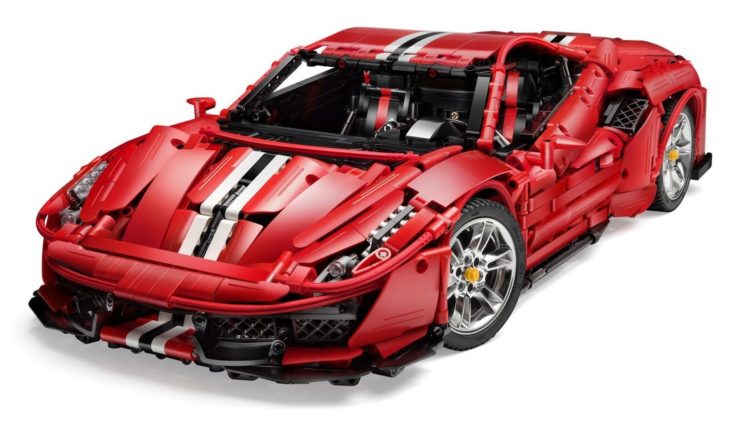 At the beginning of July 2020, CaDA released the C61041, the most comprehensive set to date. The Lamborghini replica started the Master Series, which is now joined by a second model. The set, which CaDA itself calls “Italian Supercar”, is a replica of the Ferrari Pista 488 and, as with the previous set, it is a MOC (My Own Creation) from a fan with whom CaDA is working here.

The whole set consists of 3,187 individual parts, again in a very nice packaging. Since you probably use the same system as on the Lamborghini again, all parts will be packed in numbered bags, which makes the assembly much easier. 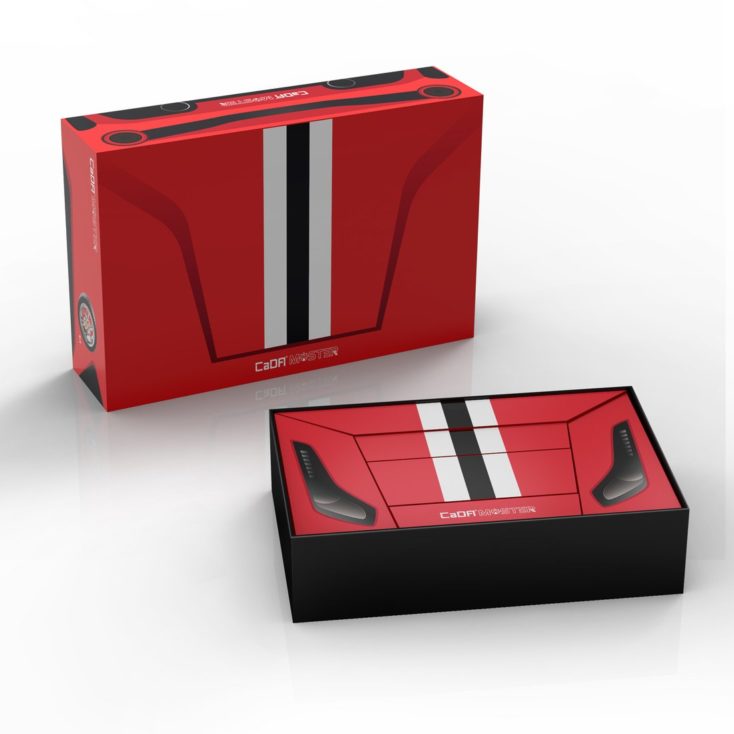 According to what you can see on the pictures, the set offers again many details especially in the driver’s cab. Detailed seats, steering wheel and gear knob inside or small elements like mirrors, lights and more around the car – here is a lot of love in detail and the model looks great. 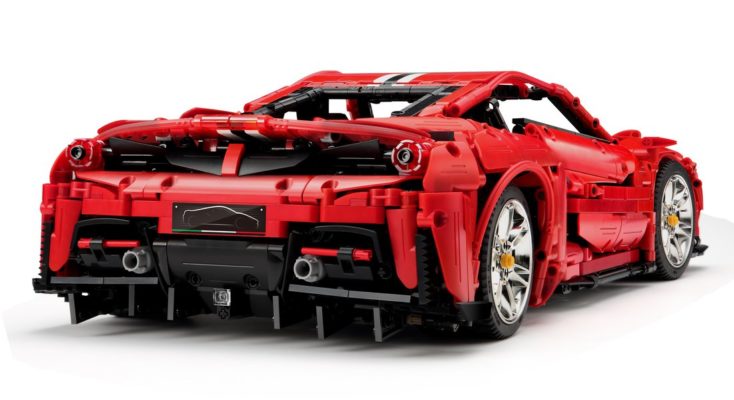 As a special extra this set comes fully motorized. Right, there are several motors (for driving and controlling), LEDs for lighting and a radio element for remote control. This contradicts a little bit the actual “purpose” of this kind of set as an exhibit for the showcase. Nevertheless, it is of course a cool feature, which one or the other will surely appreciate. Unfortunately, the price of the set, which is not low anyway, will also increase.

It’s questionable how well the set up works. With the C61041, I did encounter some problems when assembling it, even though the instructions were basically good. The minimum age of six years, which is indicated on the package, is a bit understated.

So far the set is only available at CaDA itself in the official store and costs $239.99. I expect it will also appear on AliExpress and GearBest, but when and at what price is still open.

And where do you stand in the debate? Ferrari or Lamborghini? 🙂

If you are interested in such sets (sports cars, etc.), but don’t want to spend quite so much, look around for other CaDA models, some of which we have already built ourselves.