0 Kommentare June 13, 2021by Jens
Hey, guys! Just a heads up: The linked offer is already a bit older and the price of the gadget might have changed or it might not be available anymore.

With the “Storm Tank” set C71012W, CaDA has a remote-controlled tank in its range that can also be controlled via app and is even programmable. With “only” 501 parts, assembly is comparatively quick. In return, the finished model offers all the more functions. 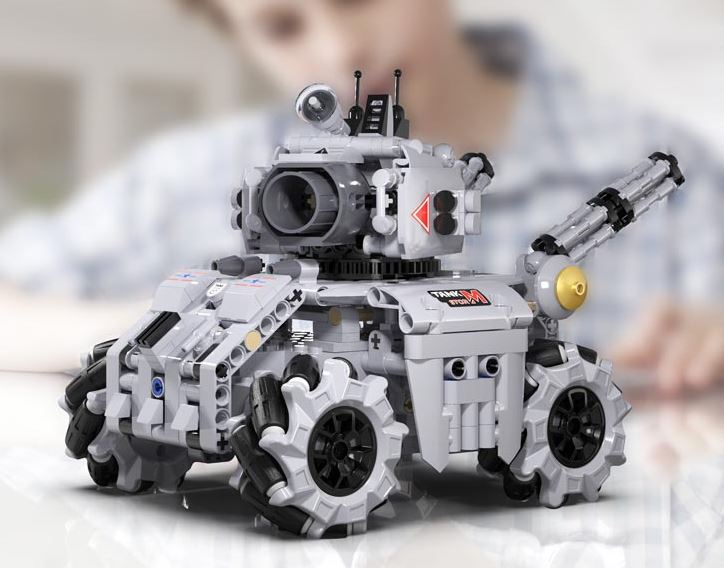 The set reminds a bit of the Mitu Rover that Xiaomi launched a few years ago. This set was also controllable via app and could be programmed. This set was also kind of a futuristic tank, just like here. At the time, however, Xiaomi relied on a set consisting entirely of terminal blocks with over 1,000 parts. With CaDA, as I said, there are fewer here.

That’s why the construction here is a bit different than what you’re used to. The only parts you have to build yourself are the vehicle’s fairing and the rotating turret. The chassis, on the other hand, is a large unit containing the four motors of the set as well as the battery. 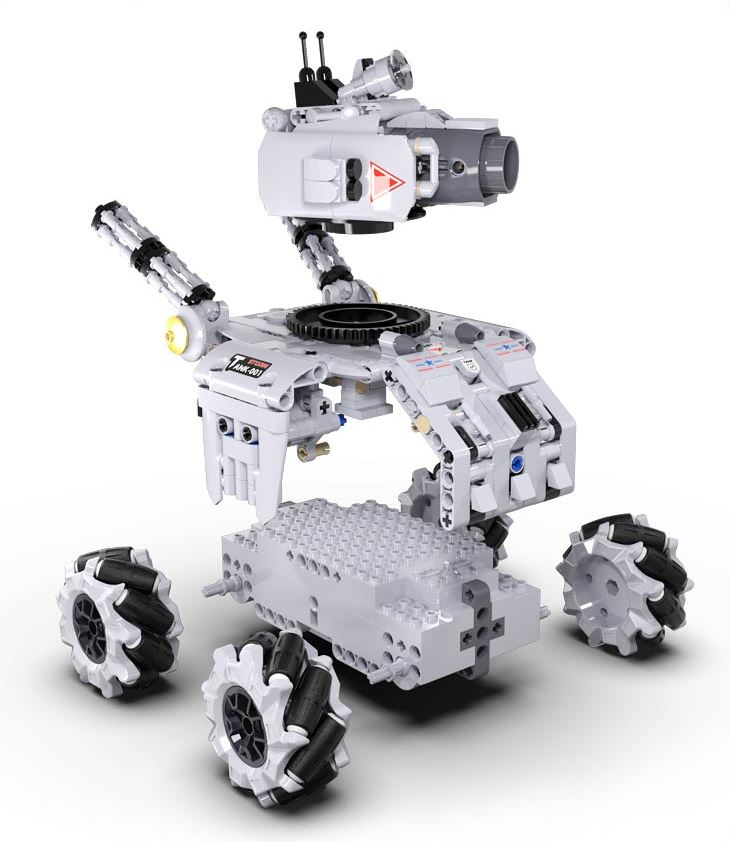 The Storm Tank is certainly not a set for the display case; the design is too idiosyncratic for that. Instead, it is a pure toy and therefore probably also suitable for children. Compared to large sets like the C61042W, the clear assembly should not be too difficult for younger children, especially with a little help.

The focus is then on playing and trying out the app’s functions. Here you will find both the manual in digital form, as Xiaomi now offers for most models, and options for programming the vehicle. This works here via Scratch, so you can string together different commands, such as drive, wait and turn at certain intervals. Thanks to the Mecanum wheels, the tank can drive sideways.

As far as I can see, the app is still in a very early stage. I downloaded it myself for test purposes (via QR code, you can’t find it in the Playstore yet). You can change the language to English, but some buttons are still in Chinese. In addition, the app is extremely slow for me. Everything takes several seconds to load, be it the controls or the instructions. That should run even better.

The vehicle is then connected via Bluetooth. Of course, I could not yet test how well that works and how the control behaves.

But if the promised features work, the Storm Tank is a promising set, even if not for hobby builders and collectors. The target audience here is younger, although of course adults will try their hand at the programming function just as well. The price is also really attractive. I would still be cautious, though, as I can’t say exactly how well the app really works or if you end up not being able to use the “smart” functions at all or in a limited way. If someone here can already provide experience reports, always here with it. We’ll also see if we can get a model ourselves and try out the CaDA app in practice.