0 Kommentare April 1, 2022by Jens
Hey, guys! Just a heads up: The linked offer is already a bit older and the price of the gadget might have changed or it might not be available anymore.

CaDA has had replicas of firearms in its range for a long time. Now, new models CaDA C81052W that can also shoot small rubber bands have appeared on the manufacturer’s website. 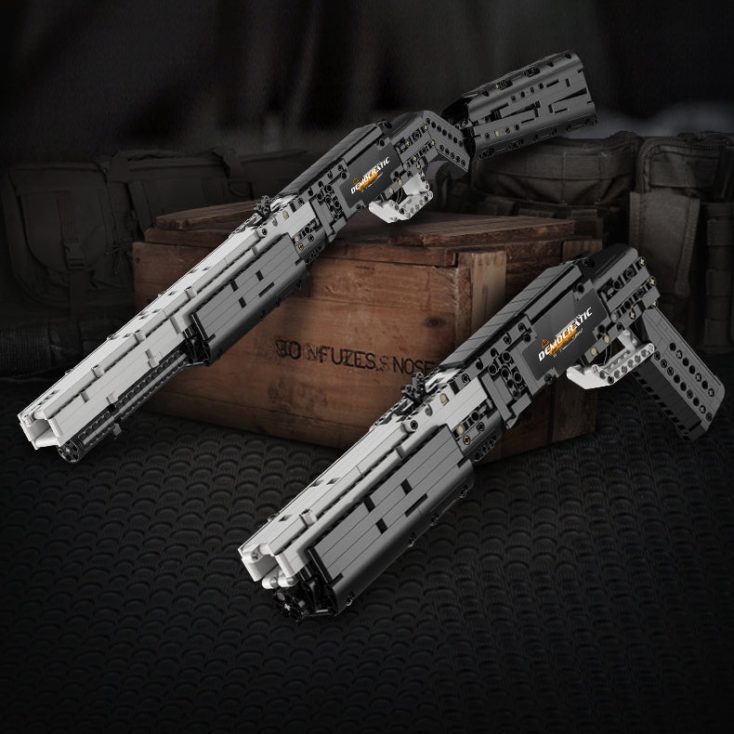 Guns and rifles made of blocks are such a thing. Not everyone likes them, and they are certainly something completely different than racing cars and excavators, which are also toys somewhere. Especially replicas that are as realistic as possible (as much as that is possible with bricks) are rather exhibits for the showcase. This changes when the weapons can really fire ammunition in some form, as is the case with most CaDA sets.

Personally, I have no problem at all with such sets, but I like it better when it is clearly recognizable as a toy. We built a rifle from CaDA that can shoot foam arrows years ago and had a lot of fun shooting various targets with it in our office. But the rifle was also rather colorful and reminded us of the Nerf models with its blue, white and orange stones. And I don’t need a “realistic” gun to shoot empty cans or mini-figures from the 3D printer.

Here, at least, CaDA even advertises that they are detailed replicas. Those who like exactly that will of course be happy about it. You can already tell by the plural: there are two variants here, as which the set can be built. That at least is generally positive.

The set consists of 880 parts, whereby I simply assume that the two versions use different numbers of them. As mentioned, there is also a launch mechanism that can shoot rubber bands. Feels a little less fun than using foam arrows, but okay.

A somewhat annoying detail is unfortunately the price. The “colorful” rifle from a few years ago could be had for as little as 25€, depending on the offer. But you never had to pay more than 40€. This shotgun here has almost 300 parts more, but costs almost $74.99 (and that still seems to be an offer price). I find that in direct comparison then already very steep.

Overall, one aims here apparently more on the fans of as true to the original replicas. But then, in my opinion, you could do without the mechanics for the rubber bands. As a pure toy, I find them too expensive and they also do not have the charm of the Nerf models. Feel free to let me know what you think of the set in the comments.