0 Kommentare May 28, 2022by Henning
Hey, guys! Just a heads up: The linked offer is already a bit older and the price of the gadget might have changed or it might not be available anymore.

Some of CaDA’s most successful sets were the small remote-controlled cars, which were certainly the first point of contact with the brand for many. Now CaDA brings out a similar model, this time with Citroen license and in Rally Car look. 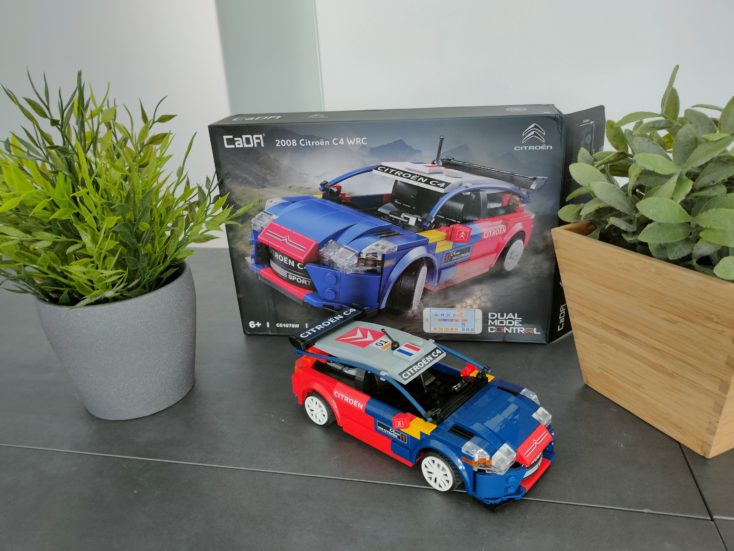 The model is based on the Citroen C4, for which CaDA even got the license from the manufacturer. But this is apparently part of a larger cooperation, because it is not the first replica of a car of the brand. Two models of Citroen’s famous “duck” already appeared in the summer of 2021. Now you jump from the classic to the modern rally car. 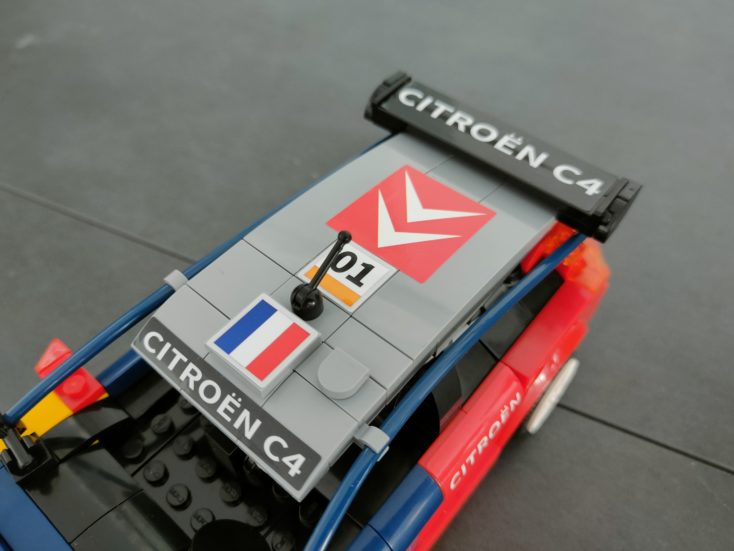 The set consists of 329 parts, the remote control and also again a lot of stickers. The chassis is a single, large component, which also contains the battery and motor. The rest of the vehicle is built on top of it. The amount of stickers is not to everyone’s liking, although it’s part and parcel of rally cars that they are plastered with stickers from top to bottom. Here it is at least limited to brand name and logo of the manufacturer, while sponsors are not present.

Construction & quality of the bricks

The set consists of just over 300 parts and the assembly is relatively quick and uncomplicated. There are hardly any technical elements used, so you can just stick the classic clamp bricks on top of each other. 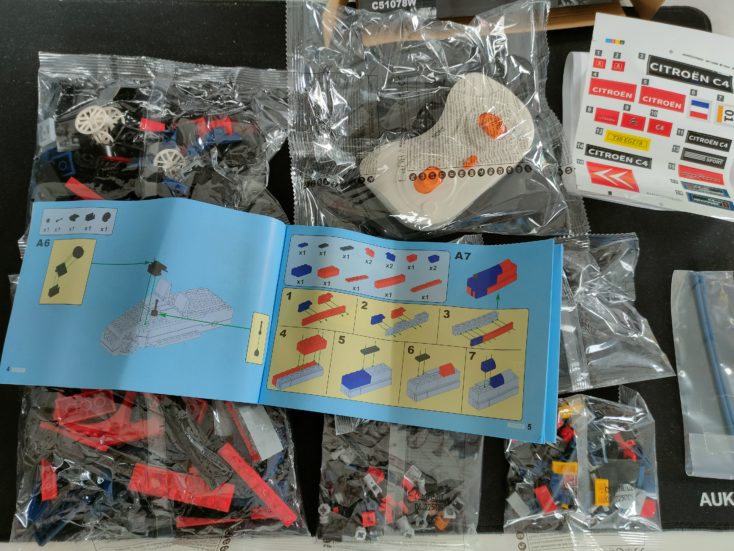 The bricks are packed in several bags, but there are no individual sections to separate them again. Simply tear open all the bags and get started. The instructions explain the individual steps clearly. The bricks of the current step are shown in color and partly additionally marked with arrows, everything else is grayed out, so that it is always clear what is currently important. Definitely a simple construction, which can also be accomplished by children alone. 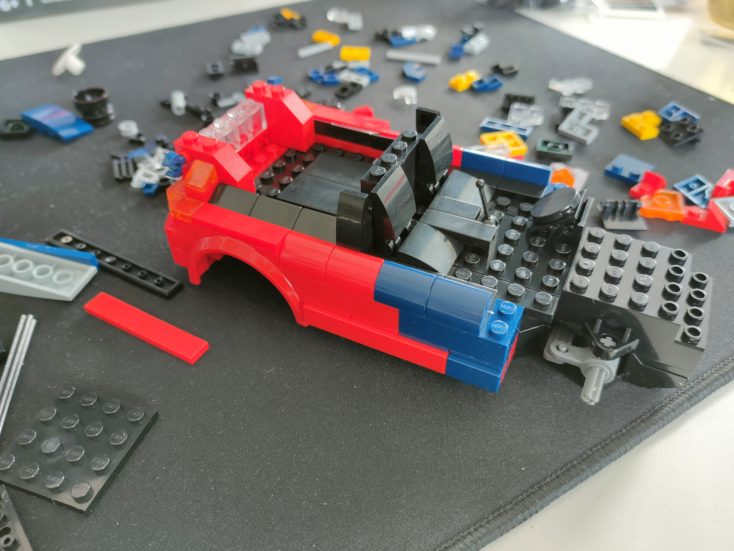 Despite its simplicity, however, there is something very satisfying about the build. You build the body in several parts around the chassis; when the finished fenders then fit perfectly into the previously left open recess on the side, that already puts a satisfied smile on your face. So all in all, I’m very satisfied here and had a lot of fun building it. (And I’ve built so many sets in the meantime that I can’t say that about every model).

A small point of criticism, however, are the stickers. They have a hard time anyway and are not popular with all terminal block fans. I can get over it here, if prints are just too expensive, but a car without lettering just would not look like rally. Unfortunately, the stickers do not all match the color of the bricks. The blue stickers are not noticeable, but the red and gray stickers are clearly different from the colors of the stones. This is a pity and should be somehow avoidable. In addition, many of the stickers are stuck over several bricks, which unfortunately means that you can no longer completely disassemble the model without ruining the stickers.

The car can also be controlled remotely and thus succeeds the previous mini cars from CaDA. You can either use the included remote control (also needs 2 AAA batteries) or the CaDA app on your smartphone.

The remote control is “okay”, it is the same model that is included in all sets. The car can be controlled sufficiently well with it, the only drawback is that the sticks are actually just buttons and you either drive all the way to the left or not at all – turning the steering in only slightly does not work. This makes control a bit wonky; however, it still works at the car’s speeds.

I had noted before that I would always prefer the classic remote control over the app. This case showed me once again why that’s the case. Luckily, finding and installing the app is no problem (in the past, you often had to download .apk files from Chinese websites), but the application is. A German translation is at least available, which surprises me, but it is unfortunately not good. Doesn’t matter, it’s not much text anyway, but the controls are unfortunately almost completely unusable.

The inputs are sometimes only implemented with a delay or not at all, which makes steering via touchscreen impossible. Tilt control by moving the smartphone is also possible, but has the same problems. There is the option to let the car drive along waypoints or to drive along three predefined, short patterns (circle, “eight”, U-turn). This works a bit better, but also not 100% consistently and of course only allows limited operation.

The app is a gimmick at most. If you want to try it out and have the car automatically follow a course you set yourself, you can do that. However, it is not at all suitable as a replacement for the remote control.

The price of the CaDA Citroen is around 30€, similar to the other small cars. However, you can get them at AliExpress for half the price from time to time, so it’s hardly worth ordering from CaDA’s store (if you only look at the price). It’s conceivable that this set will also be available at a lower price in the future. Anyway, at first glance I like it quite a bit, I like the colors and the details on the vehicle.

If you are looking for a small set with relatively easy/quick assembly, and are also happy about the remote control, then you get exactly what you want here. Rally or Citroen fans will also get their money’s worth.

I can only confirm this original assessment now after assembly. It is a great set with only minor quirks, but this is mainly due to the optional app. The stickers are not completely satisfactory, but do not bother everyone and can be optionally omitted. Everything else, from quality to assembly to the finished model, is just right here.