0 Kommentare November 11, 2021by Jens
Hey, guys! Just a heads up: The linked offer is already a bit older and the price of the gadget might have changed or it might not be available anymore.

CaDA releases another set of the Cyber Night series and this time for the first time a motorcycle. Like the previous models, the C64001W is also borrowed from Cyberpunk 2077 and is strongly oriented towards a motorcycle from the game. If you want to build up a fleet of vehicles not only in Night City but also in the showcase, you now get another vehicle. 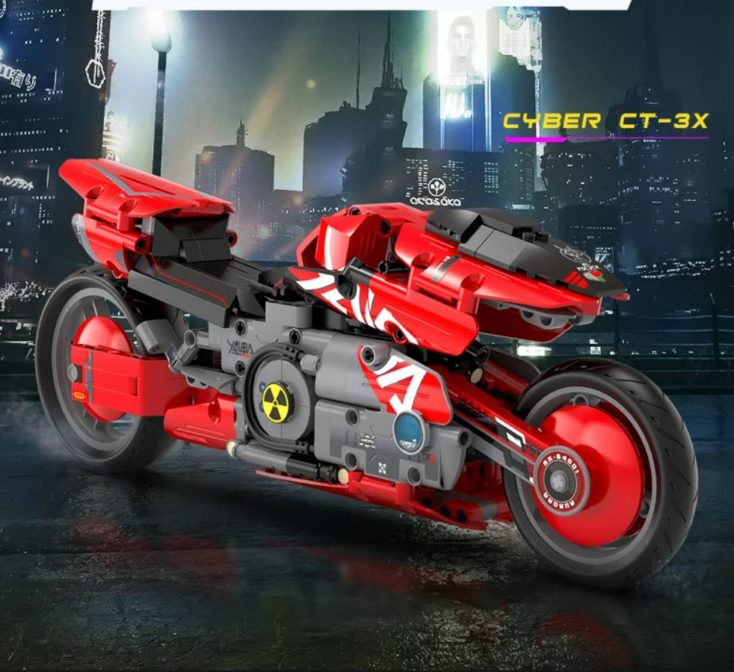 Again, it should be mentioned that this is not an official cooperation with Project Red. There is no Cyberpunk license and the name is not used anywhere by CaDA. The symbolism, font, artwork and especially the sets themselves and their names really leave no doubt that they are using the game here.

After the three sets C63001W, C62002W and C81051W, there is now a motorcycle after two cars. The Cyber CT-3X is modeled after the Yaiba Kusanagi CT-3X from the game. If you know the original, then the similarity is definitely noticeable. For those who don’t know the game (or absolutely don’t remember all the vehicles, like me), the set is simply a somewhat futuristic motorcycle. Which, if you like the look of the set, is enough. 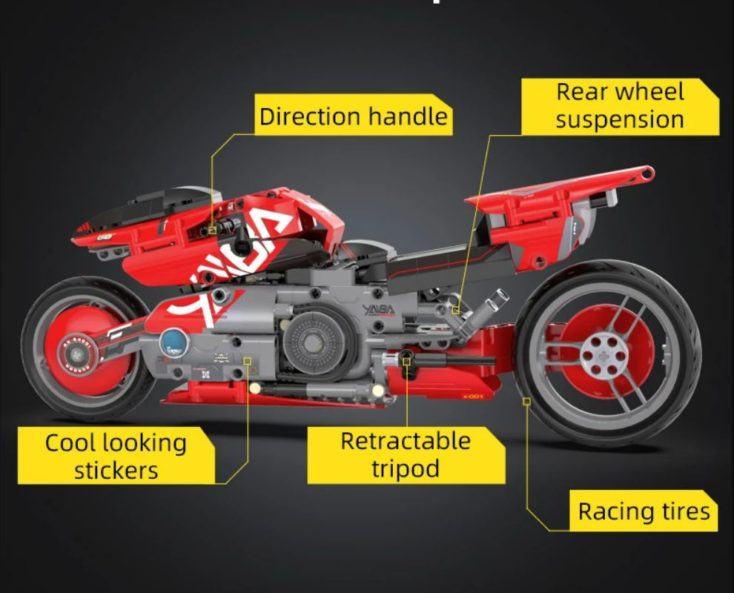 The set consists of 451 parts, is ready built 39.9 x 6.5 x 14 cm in size and is recommended from 8 years. The age is here, as always, only a guideline. Compared to the cars, there are of course fewer functions on a motorcycle. At least the front wheel is steerable via the handlebars; the rear wheel has suspension and you can fold out a stand to set up the motorcycle. What some might not like: There are apparently comparatively many stickers. If you leave them out, you get a much plainer look than you see in the pictures.

C64001W available for order at CaDa

The CaDA Cyber CT-3x is available at CaDA’s official store for about $34.99. But if you order for less than $50 you have to pay shipping costs, so I would recommend to either buy another set or look for cheaper offers (unless you REALLY want the set). According to my experience, most CaDA sets are also available via AliExpress after a while, but the dealers there often ship without the original box – this is only available at CaDA itself. By the way, you can also find the other CaDA models and many other sets of our Clamp Building Blocks.