0 Kommentare September 7, 2021by Jens
Hey, guys! Just a heads up: The linked offer is already a bit older and the price of the gadget might have changed or it might not be available anymore.

CaDA is launching new sets on the market non-stop. The C81051W is a submachine gun that is strongly based on a model from Cyberpunk 2077 and bears the name G58, just like in the game. 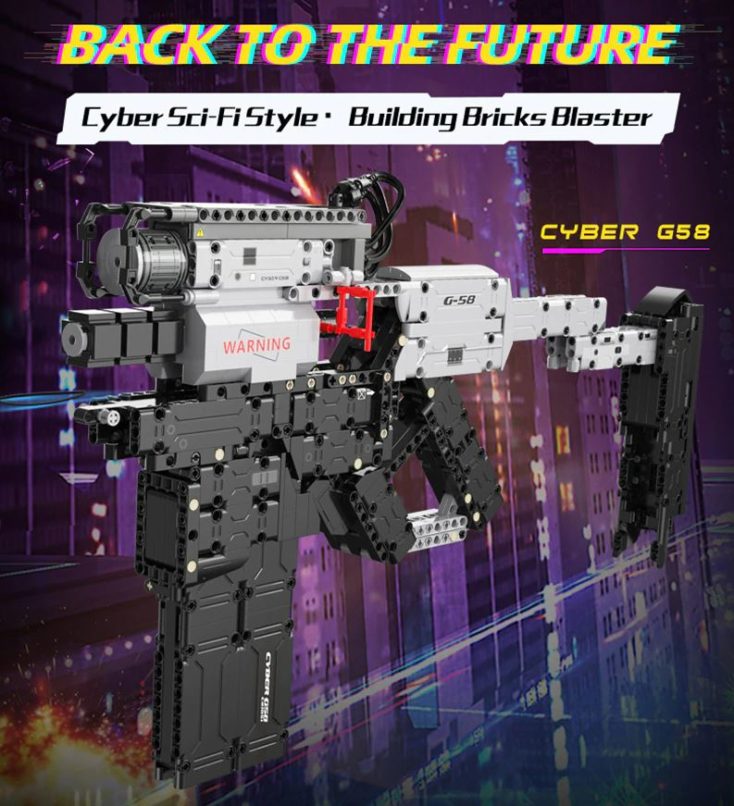 One could almost believe that CaDA had moved away from selling sets of weapons. While a few years ago they really had a lot of rifles, pistols and more in their assortment, the latest sets were mostly vehicles. However, this model is surprising not only for that reason. Since Cyberpunk’s design is used here, it is probably mainly addressed to fans of the game. But they have to really like the model and they have to be interested in building with blocks. I can imagine that this target group is not particularly large. 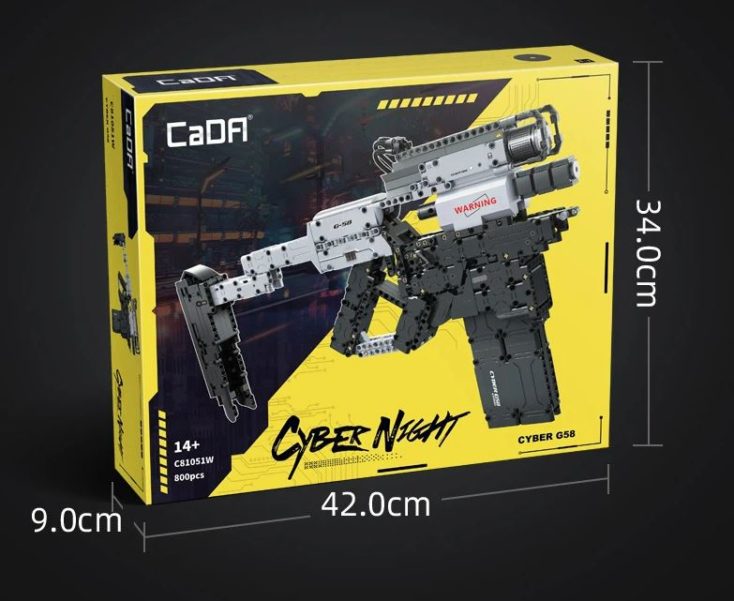 By the way, there is no indication that this is an official cooperation. The name Cyberpunk doesn’t appear anywhere, but Cyber Night is written in large letters on the box and the overall cyberpunk aesthetic is used here. The weapon, which strongly resembles the Kang Tao G-58 Dian from Cyberpunk 2077, also has G-58 written on it, so there’s no doubt about the connection. 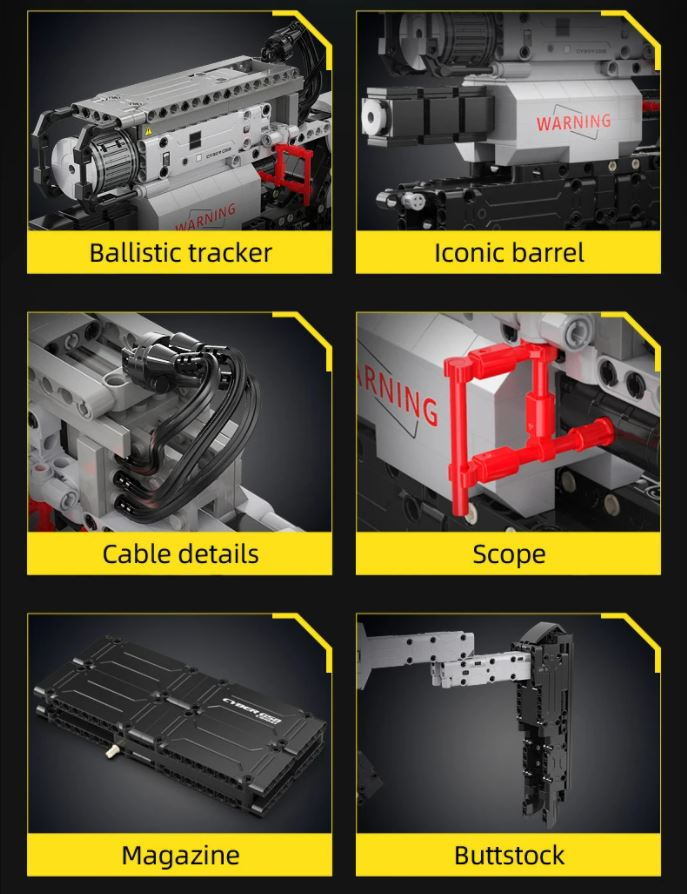 The set consists of 800 parts that want to be put together. Here, mainly large technology elements for the disguise are used. In addition, there are many small details, including an aiming device on the left side. Cool feature: You can shoot rubber bands with the machine gun. It’s not entirely clear to me from the description how this was implemented here, but apparently you can even “load” several of them. The removable magazine, on the other hand, doesn’t seem to be a real feature.

I would pass here this time. Basically, I think the idea is quite good, and we’ve already had a lot of fun with CaDA’s rifle. But here the design is just too weird for me. I played Cyberpunk 2077 for about 90 hours, but would never have recognized the gun. I wonder how much of a fan you have to be here to absolutely want the set, and don’t think you’ll pick up many buyers with the CaDA C81051W. But feel free to write in the comments if you see it differently.

The price is okay, under $40 is reasonable, especially since you can also play around with it and shoot. In this respect, not the worst deal, you just have to like it.