1 Kommentare August 14, 2021by Jens
Hey, guys! Just a heads up: The linked offer is already a bit older and the price of the gadget might have changed or it might not be available anymore.

The Humvee or its civilian offshoot, the Hummer, is certainly one of the most famous American vehicles with appearances in countless film productions. CaDA now has the vehicle in a white variant in not one but two sizes in its assortment. 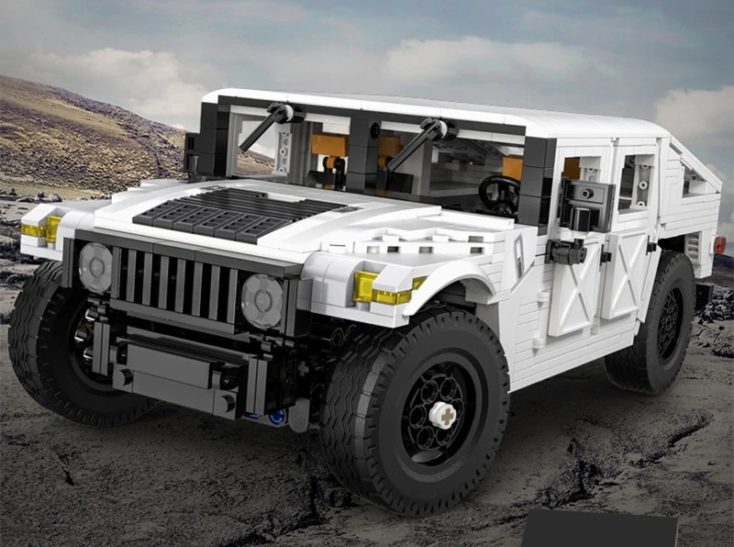 The large model also has correspondingly many functions and moving parts. The trunk at the back can be opened to reveal quite a bit of storage space. At the front, the engine cover is opened; the vehicle’s engine is hidden underneath. The front suspension and steering wheel are connected, so they both move together. 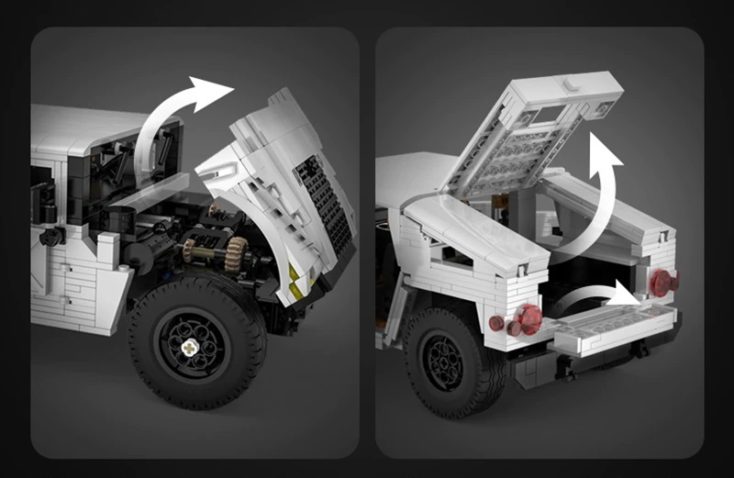 Inside, there are four seats instead of just two like in most sports cars. These can all be easily adjusted as well. All four doors can also be opened.

What should please plenty of people: Although there is plenty of room for stickers on the outside, none seem to be provided. At least I can’t see any stickers anywhere in the pictures. However, a few can be found in the interior on the dashboard. 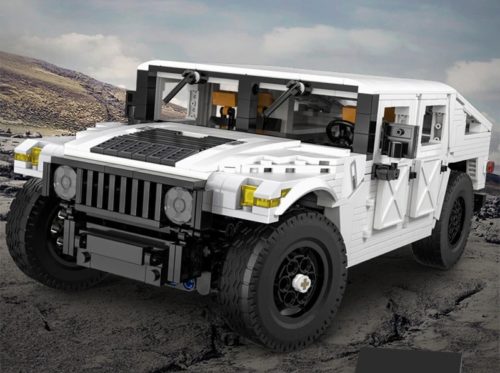 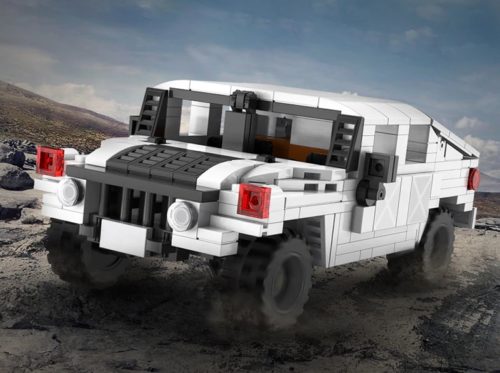 The small C55022W version is simply made up of far fewer parts and is much smaller. So, of course, there are fewer features; it’s just more about having a replica halfway reminiscent of the original. Oddly enough, the model also has red lights in the front. Overall, though, this set looks similar enough to the original and is immediately recognizable as a Hummer/Humvee.

The approach with the two different sized sets is at least interesting and of course has advantages. If you enjoy building and perhaps want a larger set to display, reach for the C61027W. As mentioned, the motor is also available here as an option, in case it is to be used as a toy for the kids. If you simply want a small, easily assembled set, take the C55022W, which can also be quickly disassembled and used as a part’s dispenser for the terminal block box.