0 Kommentare March 11, 2022by Jens
Hey, guys! Just a heads up: The linked offer is already a bit older and the price of the gadget might have changed or it might not be available anymore.

The “Steamed Bun Shop” is another building set from CaDA, which matches the style of the Tofu Restaurant. The style is unmistakably Japanese and you can slowly build your own city. 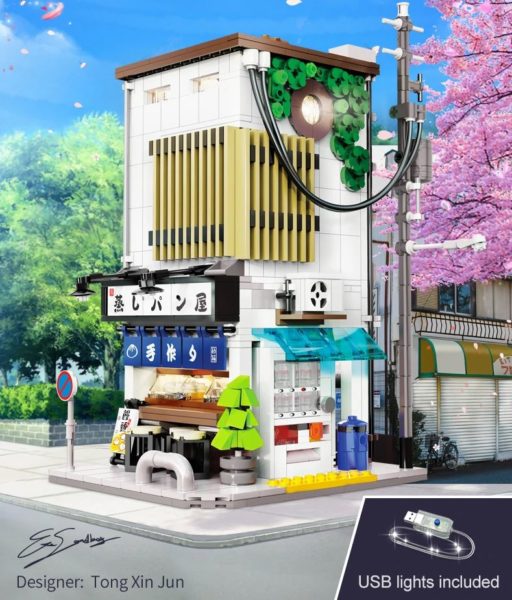 Yes, such a building could stand in any Tokyo suburb. Many of the details are typical for the architectural style in East Asia and especially Japan. The clearly recognizable air conditioning, the above-ground power lines, the vending machine that are there on every corner – yes, it fits.

The designer of the set is Tong Xin Jun, as CaDA again clearly states on the packaging. They’ve been doing this for a while now, especially with the big Master Series sets like the V12 Hypercar, but also with other sets like this one.

Steamed Buns, how does that translate best? Steamed dumplings? I know them mainly under the Chinese name Baozi. In any case, they are available with or without filling, in savory or sweet, and in East Asia they are a common dish. Not necessarily relevant to the set, admittedly, but so you know roughly what you’re selling in your store. 🙂

The set consists of 1,108 parts, which are usually “classic” stud bricks, not engineering bricks. The construction should be similar to that of the coffee shop, which we also built a few weeks ago. Just like the coffee shop, by the way, there is again LED lighting, with which the finished set looks nice even in the dark. 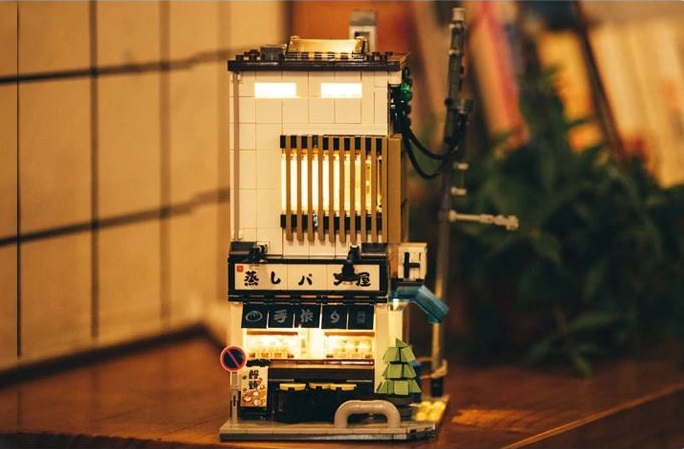 There are two floors, but they are not modular here so you can just take them apart. Instead, the entire back of the house is hinged, so you can look inside. And that’s a good thing, because the interior is again very detailed and definitely worth seeing. Children will be delighted to have the opportunity to play with it; adult terminal block fans will simply enjoy the sight, especially if the building already fits in with the existing collection of buildings. 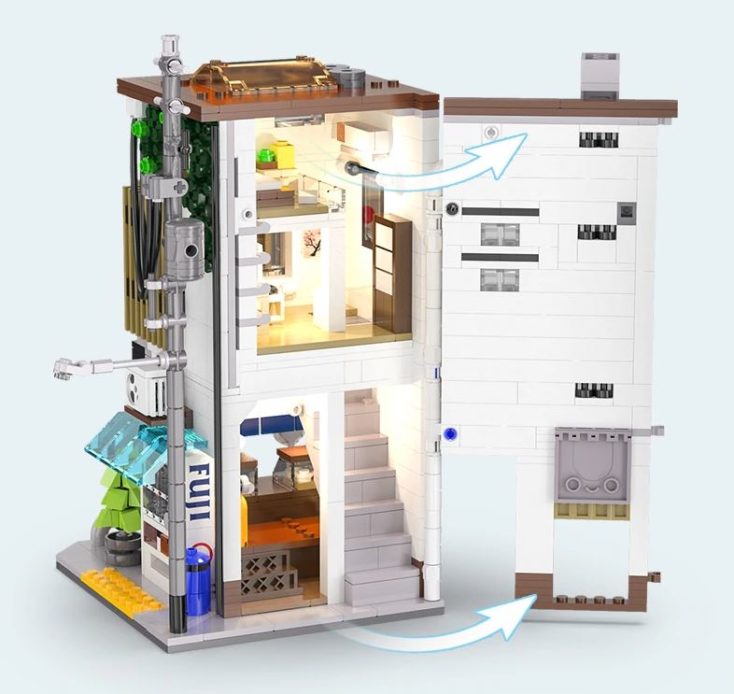 CaDA currently sells the CaDA C66006W for 67 USD. CaDA ships from China, but experience shows that it is very reliable. A nice set, but certainly not appealing to everyone. Especially Japan fans will probably get their money’s worth here. More sets for all tastes can be found in our themed world of terminal blocks.