0 Kommentare February 20, 2021by Jens
Hey, guys! Just a heads up: The linked offer is already a bit older and the price of the gadget might have changed or it might not be available anymore.

CaDA has recently attracted attention especially with the impressive display models. The Ferrari replica made of over 3,000 parts is a great set for collectors. However, the small, remote-controlled cars from the manufacturer recently showed that there are also classic “toys” in block form. This monster truck goes in a similar direction, where the fun also doesn’t have to stop after assembly. 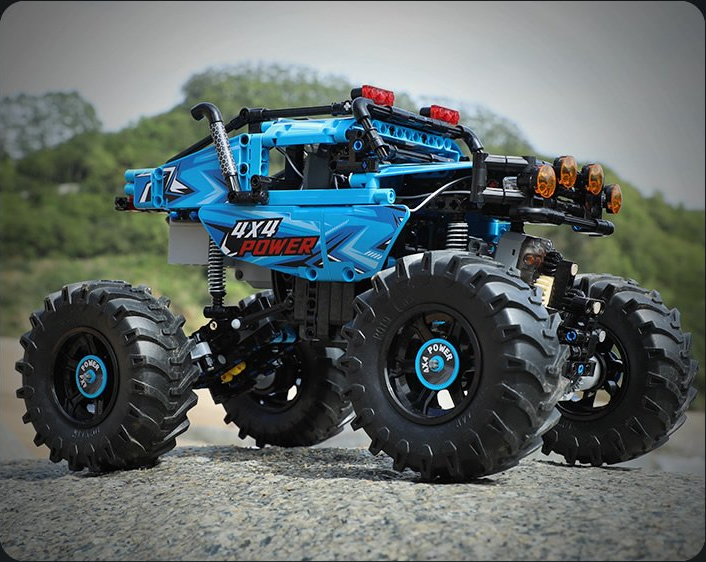 The truck is equipped with two motors, LEDs and a 750 mAh battery. In addition, CaDA puts here two metal joints and four rods made of carbon fiber, which should ensure better stability from the transfer of movement from the motor to the wheels. In addition, all tires are spring-mounted, the truck is supposed to be off-road capable, after all.

Also interesting: as with classic remote-controlled trucks (which are not made of building blocks), you can simply remove the fairing to access the battery. Everything is supposed to feel like a “real” RC vehicle. But if you think you can now race it through the terrain, you’ll be disappointed. The top speed is stated at 3.6 km/h. At least there are two modes, one of which is specifically for off-road driving.

Unlike many other remote-controlled models from CaDA, there is no single component for the chassis here. Instead, you build everything yourself, which I personally prefer. With just under 700 parts, you should still be busy for a few hours. But since the assembly doesn’t seem to be too complicated, it can even be done by children. 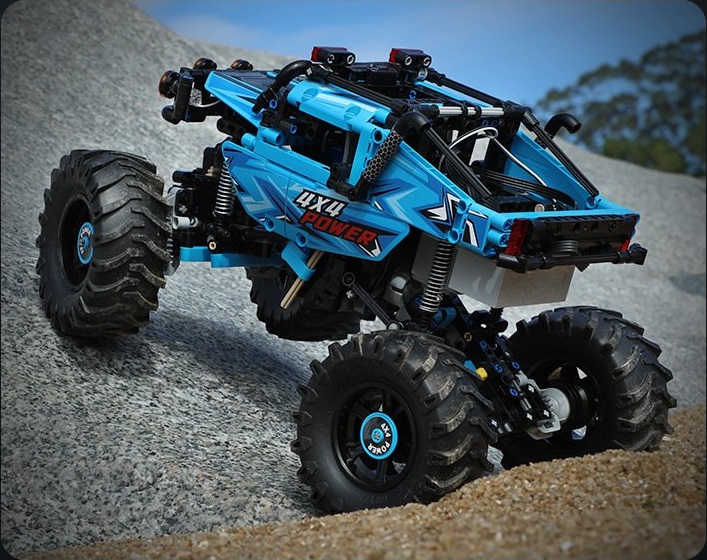 Overall, I really like the ser. The additional metal parts make sense considering the use as an offroad vehicle. CaDA again includes LEDs as a matter of course, and the other looks of the truck are also coherent.

Only the price could be a bit lower. CaDA itself wants 80€ for the truck and that’s what it costs on Amazon. On AliExpress you can also find the set for around 53€, but as so often, you don’t get the original box. Those who have been reluctant to order from AliExpress might be pleased to know that the company now plans to adhere more closely to European consumer protection regulations.

The complaining about the price is of course already on a high level. Even the 80€ are still justifiable. As soon as we find a better price, we’ll let you know here, of course. In the meantime, you can of course also browse through the other CaDA sets.