0 Kommentare February 1, 2022by Jens
Hey, guys! Just a heads up: The linked offer is already a bit older and the price of the gadget might have changed or it might not be available anymore.

A completely different set than we are used to. The solar system of sun, earth and moon is reminiscent of a school science project – the earth rotates around the sun and the moon around the planet, everything is also movable by mechanical “crank”. 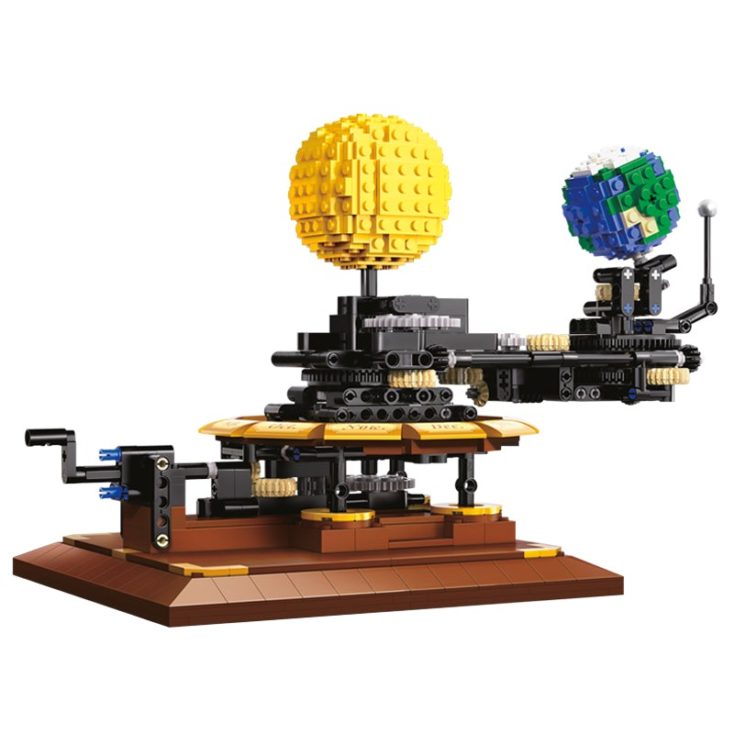 A set that is more than just a toy but with which you can also learn something. Because even if other planets are missing here, the heliocentric principle and the moon orbiting the earth as a satellite is correctly represented. I also find it very charming how our planet is represented. The green and white parts representing the continents are a clever solution (even if you need a bit of imagination to recognize them).

Of course, the set is not to scale; the Earth is much too large here next to the Sun, and the Moon is too small compared to the Earth. The distances are also not correct. Scientific fun fact: If the sun were this big, a scaled Earth would have to be a little over 7 meters away. It would then also only be less than a millimeter in size – you wouldn’t get very far with chock blocks.

But the biggest advantage here is that the set is really mechanical. All the parts – the sun, earth and moon – are connected to each other via gears and to a crank on the side. There’s even a display for the months that runs along while the Earth rotates around the Sun. The Earth’s axis of rotation is even slightly tilted. On the pictures, the display is also set to June and gives the impression of correctly displayed seasons (northern hemisphere tilted to the sun in summer). In the video, however, one recognizes that the earth rotates, but the axis inclination always remains the same. Too bad, but maybe too sophisticated to implement it in this scale. Nevertheless, respect to the designers. 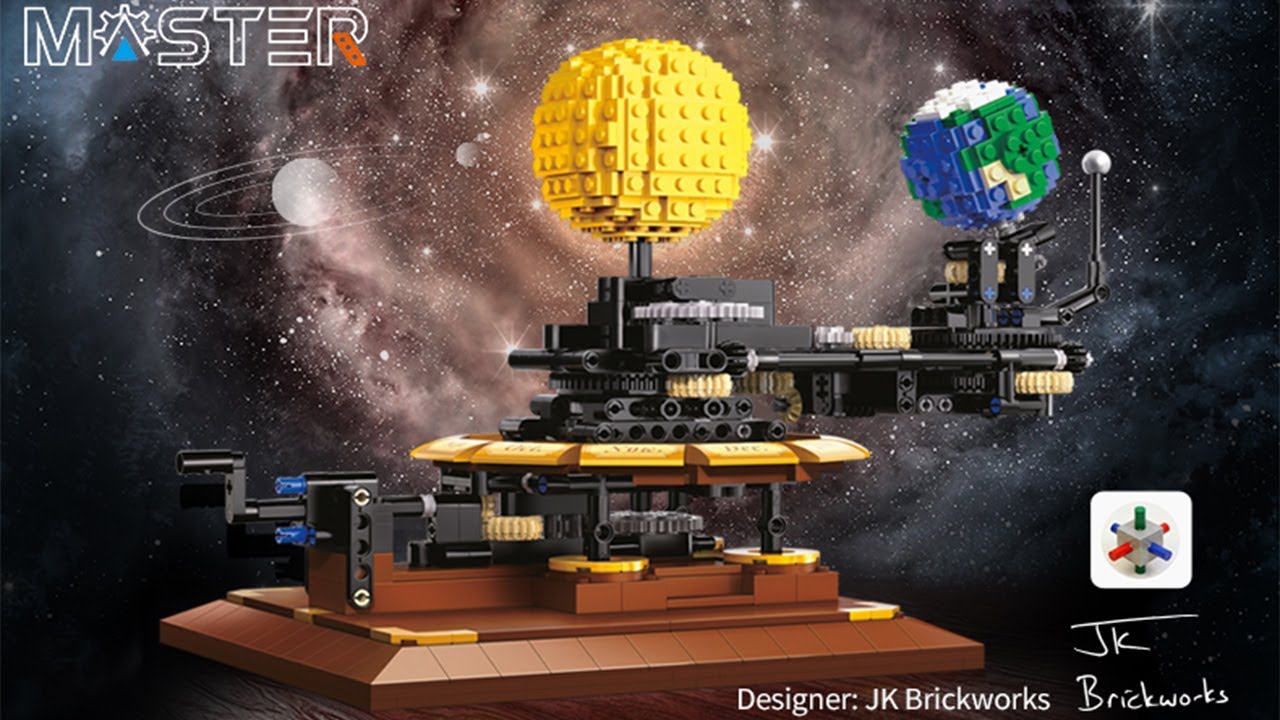 Speaking of designers, they should also be mentioned at this point. CaDA mentions in the title and on the box that the set comes from JK Brickworks. Kudos to the designers and thanks to CaDA for publishing their MOC as a set. Even though it’s not mentioned on the website, the set is also part of the Master Series (at least indicated on the box). As part of this series, especially large and elaborate sets like the V12 Hypercar are released. 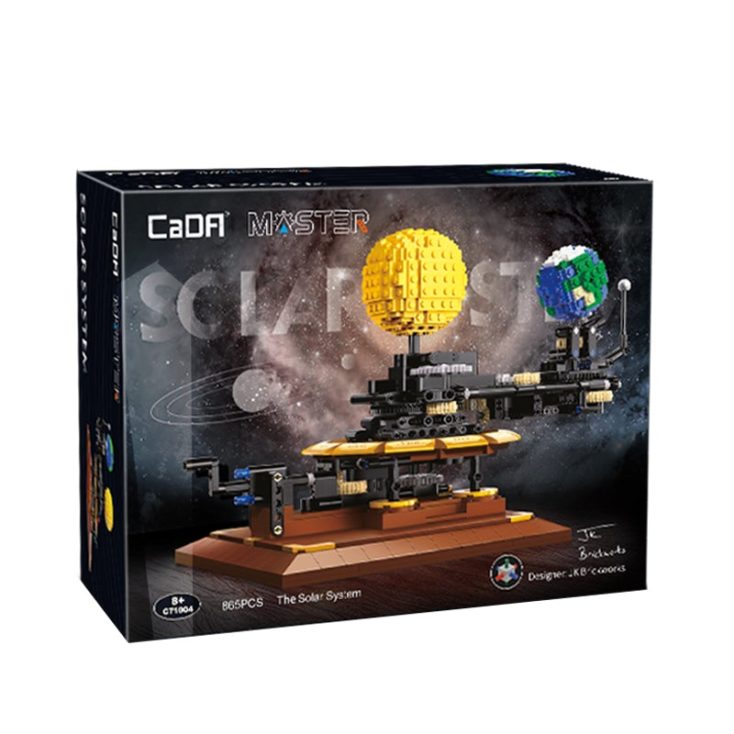 The next step would be to design a set of the complete solar system with all 8 planets (sorry Pluto). This would probably cause problems with stability and balance. Also you would need many times more parts and the price would be incomparably higher. I would like to see it anyway 🙂 .

Be creative and even learn something

No set like any other, this is probably more true here than with almost any other. When do you ever build something comparable to the solar system? With the brown plate, which of course should remind you of a wooden base with gold elements, it is in any case a very nice showcase piece or makes itself very well on the shelf. Those who are enthusiastic about astronomy (like me) will also enjoy the set as an adult. The minimum age specified is 8 years and I also think that especially children will also see it as a bit of a science project and have fun building it – and even learn something in the process.

Insanely creative, fun, and educational as well – that’s exactly what terminal blocks are supposed to be. Sorry if I’m praising the set a bit too much here 🙂 It’s on its way to us, but I haven’t built it myself yet. I haven’t seen it in motion yet either. So the advance praise should be taken with a grain of salt, but I’ve just rarely liked a set so much right off the bat. Feel free to tell me what you think of it in the comments.