0 Kommentare June 20, 2019by Jens
Hey, guys! Just a heads up: The linked offer is already a bit older and the price of the gadget might have changed or it might not be available anymore.

This CaDA sports car, a replica of a Porsche 919, consists of almost 1,600 individual parts. Optionally, it can even be retrofitted with an engine and remote control. We have taken up the challenge and set about the several hours of construction. 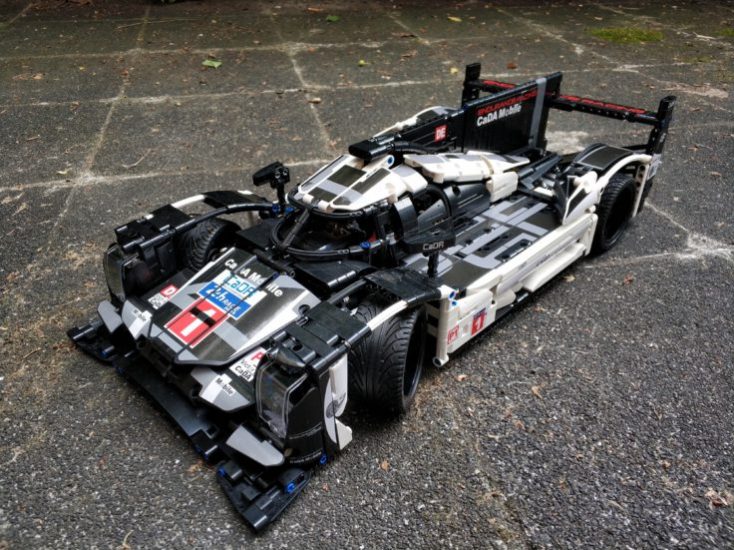 Is the brand now called CaDA or Double Eagle? Under the name CaDA a variety of kits are offered, but the website mentioned on the packaging is www-doubleeagle.cc. There you can also download the manuals for the models as .pdf files.

According to the size the kit comes in a very large package. It had a few dents after the transport, but was otherwise undamaged. In it then the usual picture: Many single plastic bags, in which the parts are roughly sorted, altogether 16 of them. They are not sorted according to the order required for assembly, but only according to size and type. This means that there are about a handful of large bags with long carrier elements and parts of the body, and some small bags full of the various plug connections, only a few millimetres in size.

Of course, everyone has his own method of construction, but there are two approaches that can be roughly distinguished:

The unpacking and preparation alone (I have distributed the individual stone piles in different cardboard bowls) took me more than ten minutes. This should only give you a rough idea of how long the assembly will take. Spoiler: Very long! It took me almost seven hours. And that’s a good thing, but it must be clear to you that you can’t finish it in one evening. I also took the set home with me and built it in a total of three sessions after work for two to three hours.

But back to the beginning. The instructions are over 130 pages long and spread over two sheets. Step by step the assembly is explained. If you have ever built any model (also from other manufacturers), you can take it for granted. I only say this because some Chinese manufacturers may still have the concern to get a half-hearted product here. This concern is unfounded here.

The instructions show all steps clearly in colour. Intermediate steps are shown separately in smaller boxes before the assembled components are added to the larger model. Very seldom this gets very fiddly and can cost a lot of nerves; however, this cannot be avoided with the size and complexity of the model.

The quality/processing of the stones is also good. Very rarely one of the poles wasn’t absolutely stuck in the corresponding slot, and with a handful of stones you can still find small plastic noses. I could also mention that I personally am not a fan of stickers on the models; and here are a few to decorate the car. Should you want to take the car apart again sometime, the stickers will probably end up in the trash (I still hold the view that this is not a model for eternity, but that you want to play with it and try it out again sometime). You also have to be careful when sticking the stickers on, because they are difficult to remove. One of them is torn when I try to peel it off and glue it on more precisely.

Apart from these small defects I have nothing to complain about. Altogether I would still rate the workmanship with a B+.

The CaDA sports car – based on a Porsche 919 – looks damn good in the end. Almost half a meter long, you first have to find a place for the car in your apartment. The exact dimensions of the finished model are 48.5 x 21.5 x 11.5 cm. But it doesn’t have to get dusty in the showcase, because thanks to the electric motor and the remote control, which you have to retrofit, you can even do a few laps through the apartment, or if the ground is suitable, outdoors as well. 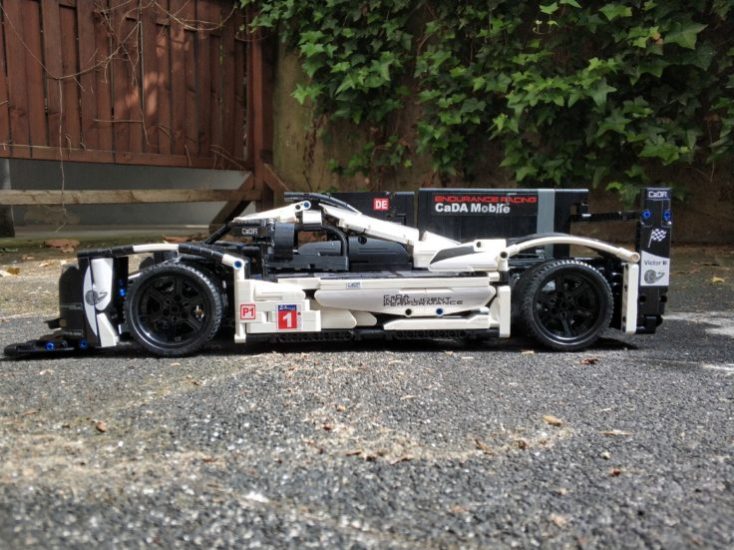 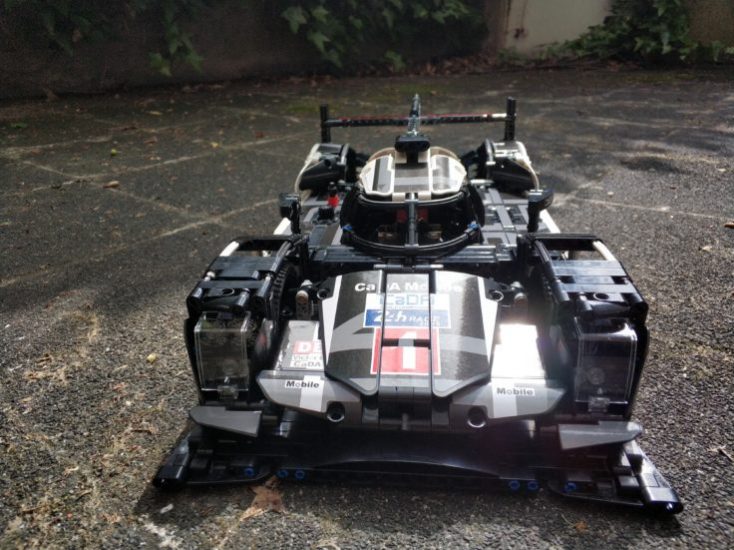 The CaDA sports car also offers many small details, such as the steering wheel is connected to the front axle and rotates with it. The driver’s cab can be opened, as can the engine compartment, by seeing the moving pistons in the engine. Both are moved by a single dial; a switch is used to adjust which function is currently active. For me, this was the most exciting function – especially the moment when it becomes apparent during assembly how this is realized. All four tires are sprung separately. 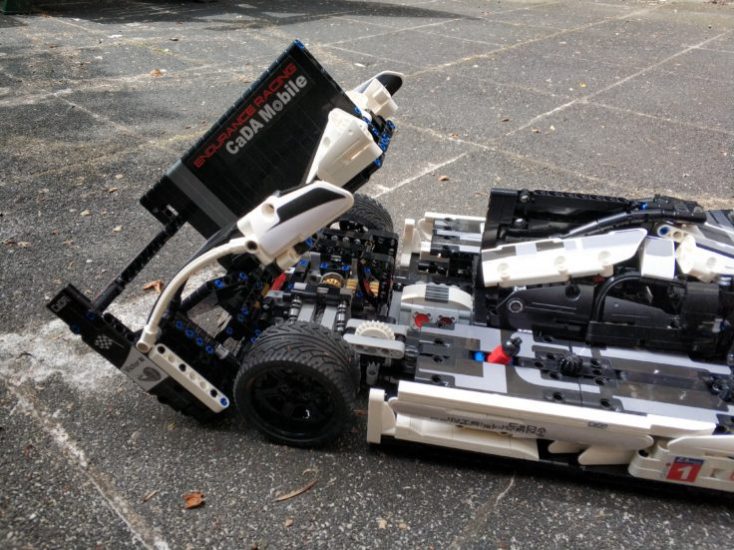 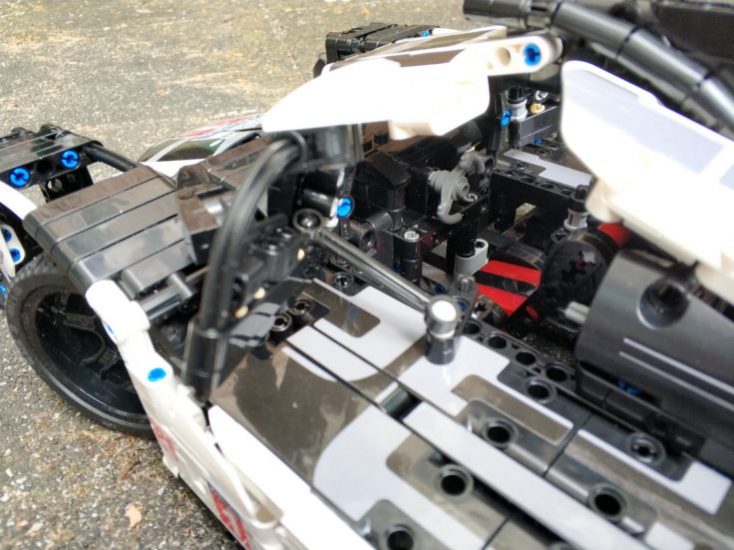 If the quality of the bricks is right and there are no problems during assembly, only the price decides how good such a kit is. Okay, and you might have to like the model. For me personally, the CaDA sports car is an absolute highlight in this respect. Several hours of assembly and a really nice and large model for around $60 are simply a really good offer. The fact that the overall workmanship is slightly poorer than that of Xiaomi and her Mitu models is the only criticism I find.