Suzuki Jimny made of clamp bricks – motorized set of 1.800 bricks from CaDA for $99

0 Kommentare June 11, 2022by Jens
Hey, guys! Just a heads up: The linked offer is already a bit older and the price of the gadget might have changed or it might not be available anymore.

The Suzuki Jimny, for which there is already a small set from CaDA as well as a remote-controlled model from Xiaomi, is getting another toy version, this time again made from clamping bricks. The set consists of over 1,800 parts and can be built in two ways. 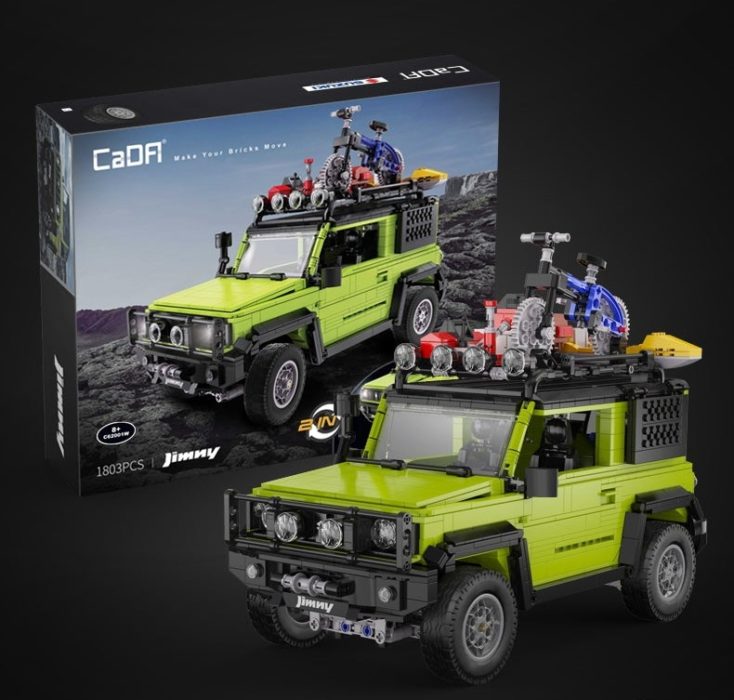 I’ve wondered in the past why this car seems to be so popular. Apparently, the interest doesn’t stop and there is now another set from CaDA, with which you can recreate the off-road vehicle. You have the choice to build it in a simple “basic version” or to give it additional roof racks including luggage, a snorkel for river crossings and other upgrades.

Strictly speaking, these are not two completely different models. If you want to be particularly critical, you could say that you simply omit a large part of the details and then present the result as a separate variant. 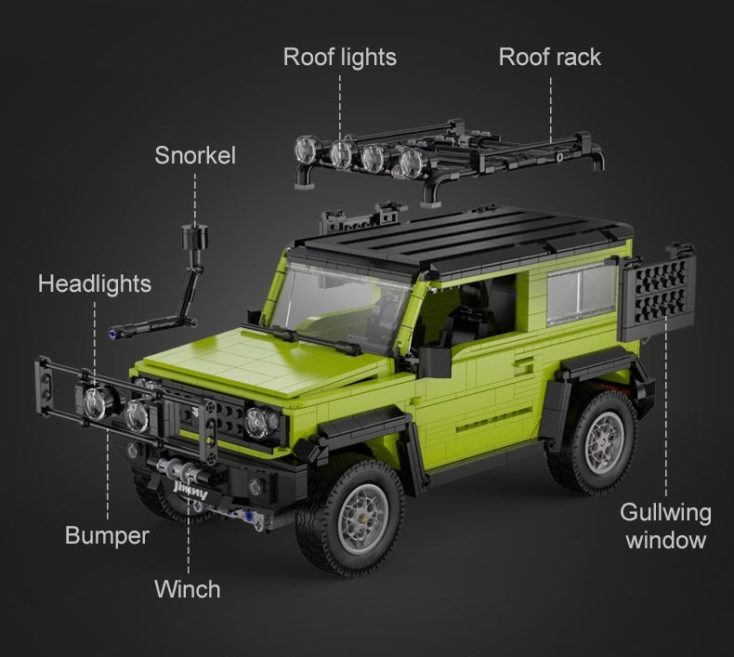 But apart from that, it’s a nice set that I also like this time, without having any particular affection for the Suzuki Jimny. I just see an off-road vehicle here, which the extra luggage on the roof also really suits. In addition to toolboxes and hiking gear, there’s also a bike and a canoe here. The trip into the wilderness can begin. 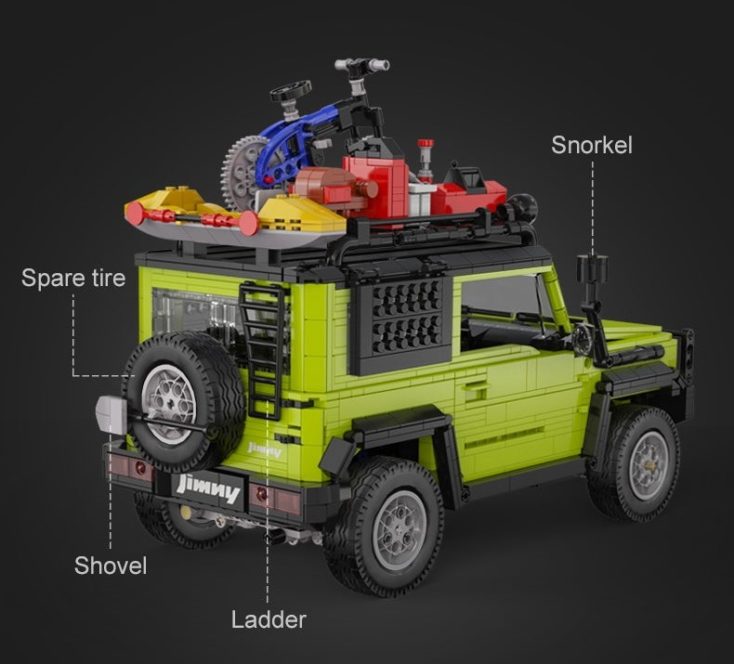 Optionally, the model can also be equipped with a motor and remote control. However, the necessary electronics are not included as standard but must be purchased separately. The engines are simply installed in the car from below; the details are explained in the instructions.

Unlike the Ferrari and Lamborghini sets from CaDA, this is a licensed product, which means that the Suzuki brand name and logo are also used here by the manufacturer. Apparently, there is a similar cooperation with Citroen, whose cars have also been published in sets. 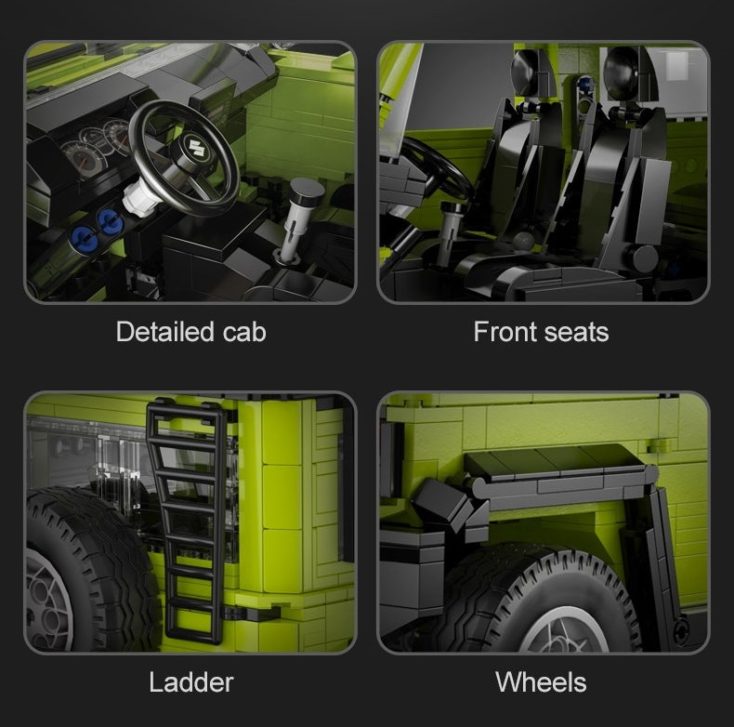 The set comes with few stickers, eye-catchers here are especially the items on the roof. There are also some details inside and the hood, doors and trunk can also be opened.

The price remains. CaDA sets the price at 99$. Depending on the current exchange rate, that’s around 90€. But for that you get a comparatively large set with 1,800 parts. In this particular case, there are even alternatives like this Land Rover, which is a bit more expensive, but has over 2,500 parts. You can’t quite compare the sets, as the CaDA model uses far fewer engineering bricks, but the models are similar enough. For once CaDA has the disadvantage in a direct comparison.