7 Kommentare May 13, 2018 by Maike
Hey, guys! Just a heads up: The linked offer is already a bit older and the price of the gadget might have changed or it might not be available anymore.

“Bigger is always better”? Whoever thinks that is definitely wrong about this drone. The Cheerson Stars-D Eagle is the newest offshoot of the Stars series, which is one of the smallest quadrocopters ever. New is the remote control, which can be operated with one hand and an upgraded design. 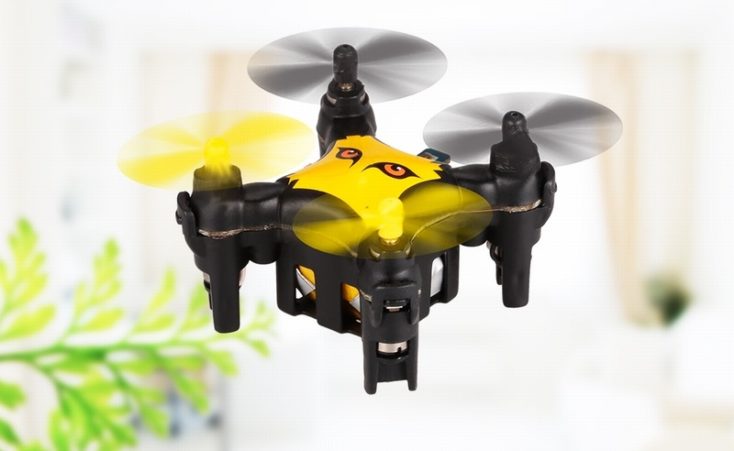 Is he the smallest? On the product photos it looks tiny, and according to the data sheet even smaller than its predecessor Cheerson Stars. The information in the shops unfortunately differs a little, but the Stars-D seems to measure only 3 x 3 cm.

The small drone owes its name to the two eyes, because otherwise nothing reminds here of an eagle – rather of a hummingbird. It weighs just eight grams. It masters the same maneuvers as larger models, such as rollovers, and has three different “speed modes”. The remote control can also be used to make corrections if the drone moves in one direction. 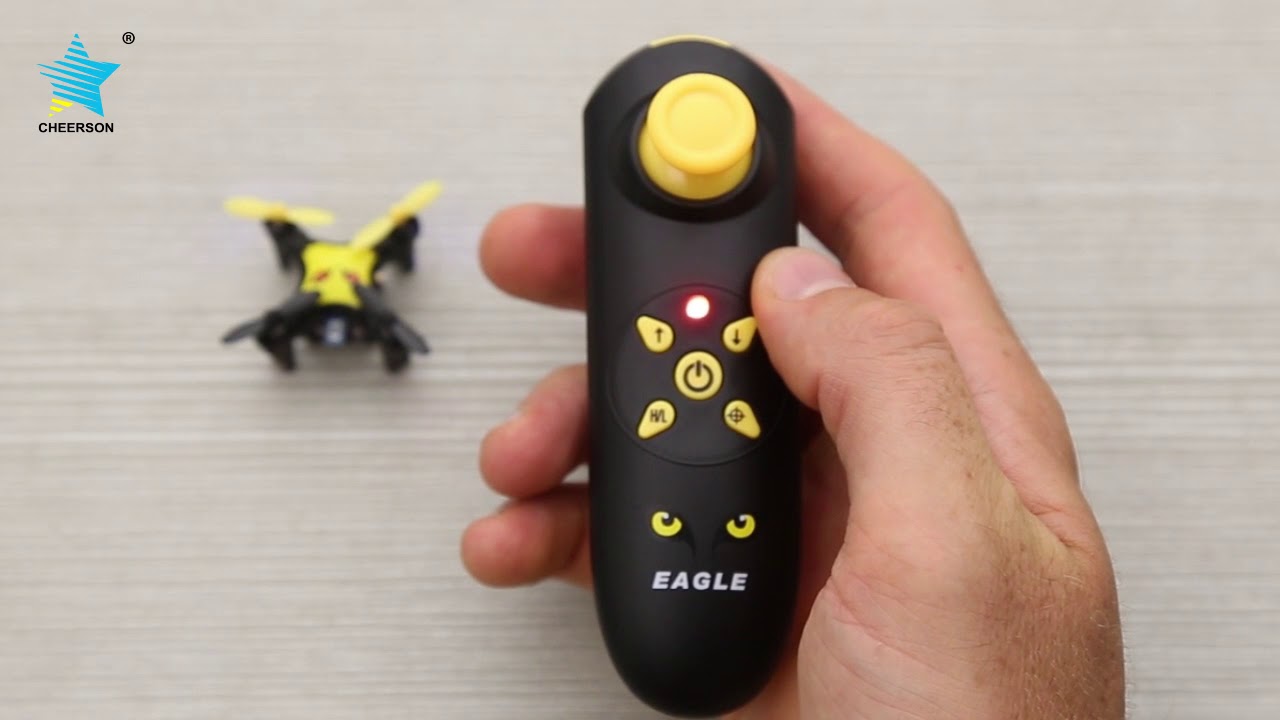 Speaking of remote control: This is operated with only one hand. We have already seen this with small drones like the JJRC ELFIE+ and have had very good experiences with it. The height of the drone is controlled by the stick, steered from the wrist by tilting the remote control. Thanks to the Altitude Hold function, the Cheerson holds the altitude itself, so you can fully concentrate on steering if you’re still untrained. 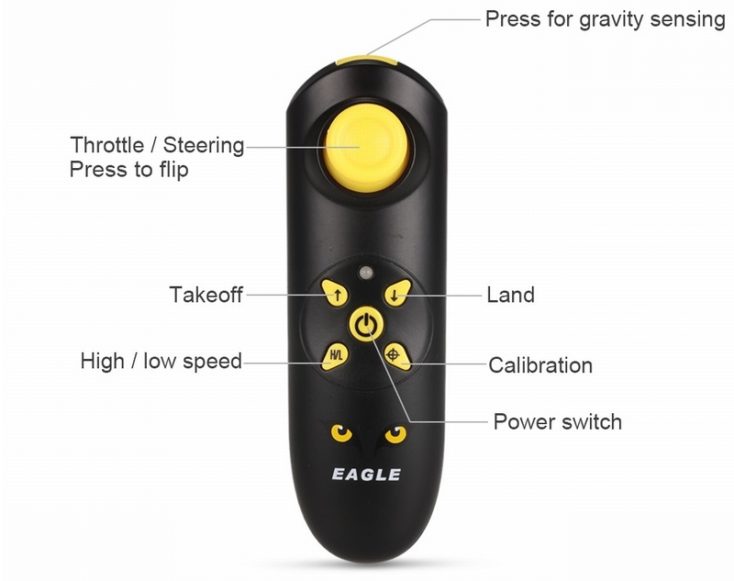 A camera is not installed here, and would not really make sense either. The mini drones are toys that are supposed to be fun. The small size and practical remote control of the Cheerson Stars-D Eagle make them ideal for this. We haven’t tested them ourselves yet and don’t want to make any premature recommendations, but experience has shown that you won’t be disappointed with the little Cheerson drones. If you think the price is fair and would like to order the drone, you can do so.