0 Kommentare January 22, 2021by Tim
Hey, guys! Just a heads up: The linked offer is already a bit older and the price of the gadget might have changed or it might not be available anymore.

CHUWI relaunches the HeroBook Pro and gives the notebook a higher-resolution screen and a four-core processor from Intel in the Plus version. With a screen size of 13.3 inches and a weight of 1.16 kg, it could be a good companion on the go. Can the Plus version stand out from its predecessor? 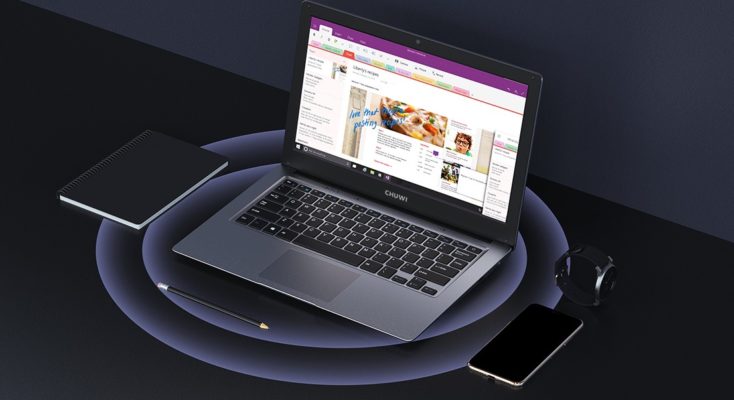 In terms of design, we don’t really take our cue from the HeroBook Pro, but rather from Apple’s earlier MacBooks. We have a silver plastic case and a 13.3-inch display, which now doesn’t have the narrowest screen edges. The keyboard is, as usual for CHUWI, a QWERTY keyboard. Compared to the predecessor, there is a bit more space next to the keyboard.

A webcam can also be seen at the upper edge of the screen, but no information about its resolution is given. It will probably be usable, but I wouldn’t expect an ultra-sharp camera.

The screen’s resolution has increased considerably. While we still had a normal Full HD resolution in the HeroBook Pro, the Plus model now comes with a 3K resolution (3200 x 1800). This puts the number of pixels at 276 ppi, where it was only 156 ppi on the predecessor. This should make the display look much sharper.

More cores, but an older processor?

The choice of processor is more of an improvement and deterioration at the same time. The Intel Celeron J3455, which has been available since the end of 2016, is installed here. It clocks with up to 2.3 GHz and has two more cores compared to the Intel Celeron N4000 installed in the predecessor. Thus, the processor can prevail in applications where several cores are used, but it should be a bit weaker in applications that only use one core. Thus, one naturally relies on achieving a better performance with more cores here. 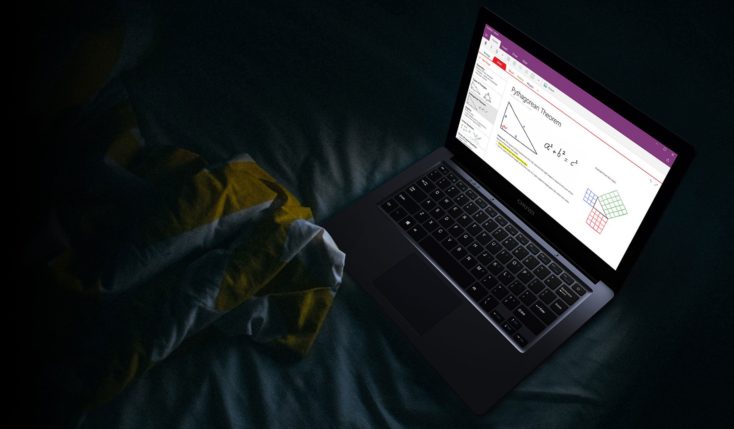 The processor has 8GB LPDDR4 at its disposal as working memory. For storing files, software and co. you’ll find 128GB eMMC memory. Of course, an SSD would be nicer, but they are trying to keep the price low after all. The 8GB working memory should be more than sufficient, though.

The integrated graphics card is the Intel HD 500, which is almost identical to the Intel UHD 600 used in the predecessor. Therefore, there won’t be too many differences here, both support resolutions up to 4K. However, it will be virtually impossible to play games here. In order to run e-sports titles like League of Legends or Counter Strike Global Offensive with acceptable FPS, you would have to switch down to the 720p resolution. However, displaying video content in up to 4K should not be a problem.

The HeroBook Pro+ doesn’t necessarily lack for ports, though. On the left side, there is a mini-HDMI port in addition to the power port and a USB 3.0 port. If we look at the opposite side, we see another USB 3.0 port, a 3.5 mm headphone jack and an SD card reader. 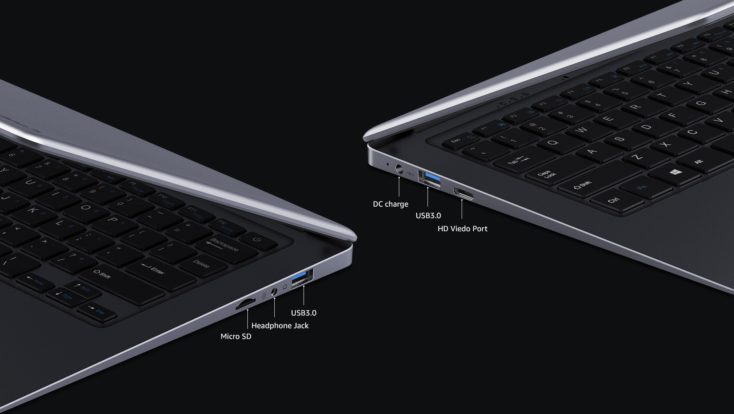 A 38 Wh battery is installed, but no information is given about the battery life. One day of runtime is promised, but of course it depends on your usage. You get Windows 10 Home as the operating system, which you can use as most people should know it.

So, who is the HeroBook Pro+ aimed at? With its rather low performance, it’s not suitable for too much more than office programs or web surfing. However, that’s a common use for many, who can get a notebook relatively cheaply here at $269. You also have to remember that you get a high-resolution screen. So, if you really do not have high demands on the hardware, this might be the right choice for you.