0 Kommentare April 5, 2019 by Maike
Hey, guys! Just a heads up: The linked offer is already a bit older and the price of the gadget might have changed or it might not be available anymore.

Long working day, only want to relax on the sofa, play on the console and eat some tacos? We know that all too well. Accordingly, we also enjoy gadgets such as these dinosaur taco holder, which sweeten the evening after work or a relaxed Sunday. Surely not the invention of the century, but a chic idea for the culinary palate. 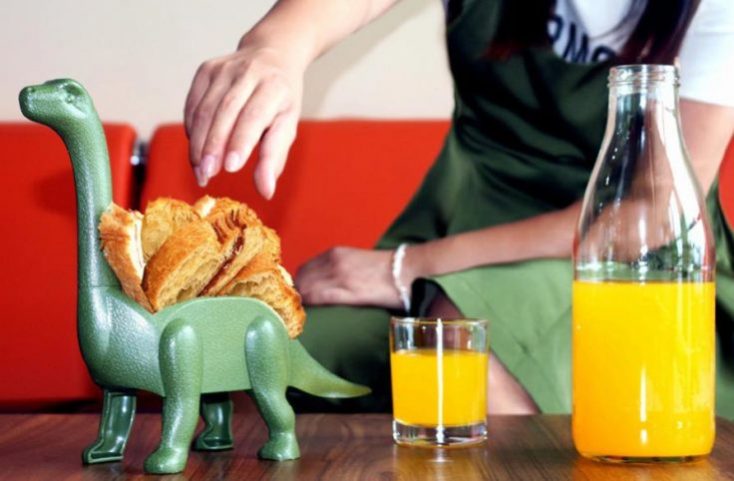 DINOSAUR + TACOS = PREHISTORIC AWESOMENESS. It is not for nothing that it is at the beginning of AliExpress’s product description. But tacos are only one purpose, as one can use the dinosaurs as holders. Waffles, chips, sandwiches or bread are also used on the backs of the 25.5 x 13.6 x 9.2 cm small plastic dinosaurs. Sure, plates are also completely overrated – besides, everything falls out of the tacos or burritos.

But let’s talk real: At first glance, the processing looks like Chinese plastic romanticism, even if that doesn’t mean that the 260 g light dinosaurs wouldn’t do their job. But you can’t expect the very highest quality here. The Brachiosaurus (the one with the long neck) looks even rounder than the Certaopsia.

In addition it must be said that it is not necessarily extremely meaningful to place the dinosaurs on the table. Sure, you have a tray for various delicacies, which can also offer other plates. It’s rather a funny decoration article that could look good on one or the other coffee table. Of course you have to have a certain affinity for such small items, which I bring personally (only candles don’t appear in my field of vision somehow), but also is not everyone’s characteristic.

By the way: In technical jargon these long extinct creatures are called Tacosaurus …