DIY E-Skateboard Kit: TeamGee H3 for $327 – Suitable for any board

1 Kommentare November 4, 2021by Henning
Hey, guys! Just a heads up: The linked offer is already a bit older and the price of the gadget might have changed or it might not be available anymore.

E-scooters have been an integral part of the cityscape in various (major) cities in Germany for more than two years now. Fans of other last-mile gadgets like e-skateboards or OneWheels, on the other hand, don’t get their money’s worth. That’s too bad, because e-skateboards like the ACTON X1 are a lot of fun. With the DIY E-Skateboard Kit from TeamGee, you can even make your own E-Skateboard out of almost any deck! 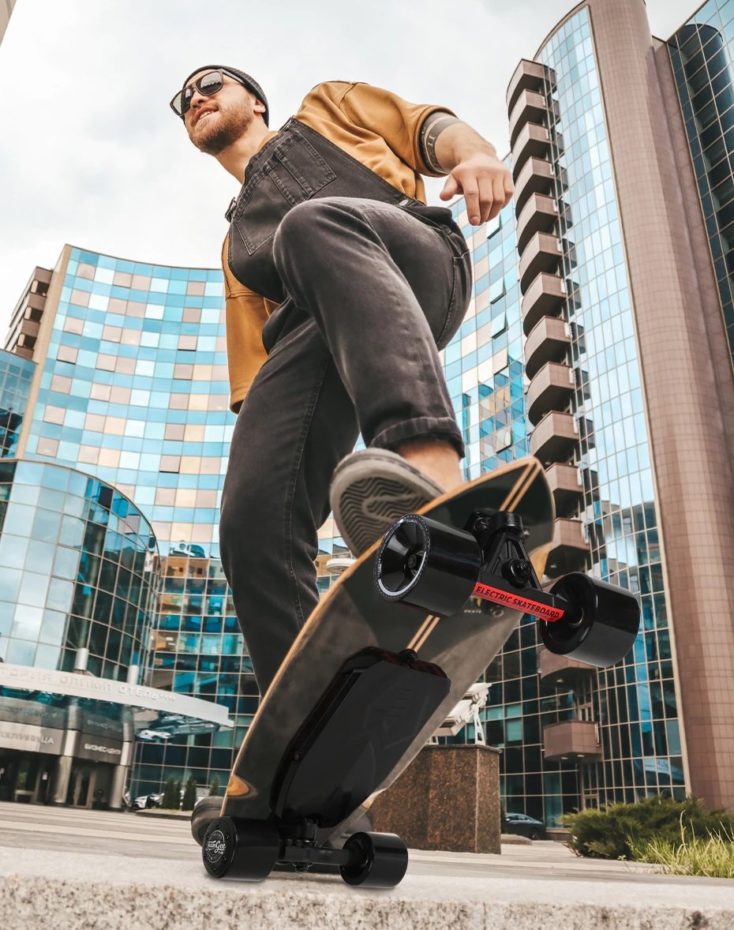 For almost every board

The manufacturer TeamGee has several e-skateboards on offer, some of which can even be found on sale at Amazon. However, the TeamGee H3 is not a ready-made skateboard, but a kind of “Do it Yourself” kit and consists of two parts: the front axle with two wheels and the rear axle with two wheels plus motor and battery. In addition, there is of course a remote control, a charger, USB cable and tools including nuts and bolts. According to the China store, the kit even comes with a CE mark. The kit can theoretically be attached to any type of deck (skateboard/longboard without wheels/axles). For such an e-skatboard, however, a cruiser and / or longboard is more suitable than a “normal” skateboard. 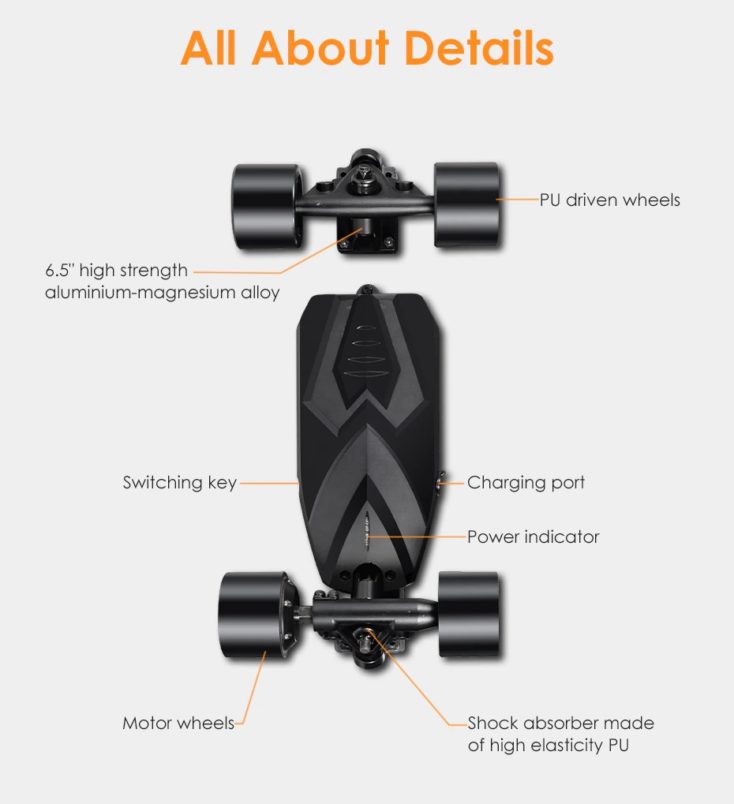 For the DIY e-skateboard kit, TeamGeee relies on a 480W DC brushless motor that allows for a top speed of 25 km/h. The power is sufficient to cope with an incline of 15% and there are four speed modes that can be adjusted with the included remote control. You adjust the speed with a kind of wheel. A reverse gear is also available. TeamGee opts for ordinary plastic tires (PU), but these can also be removed and replaced. The axles offer a maximum load of 100 kg and are protected against water with an IP54 rating including mechanical components. 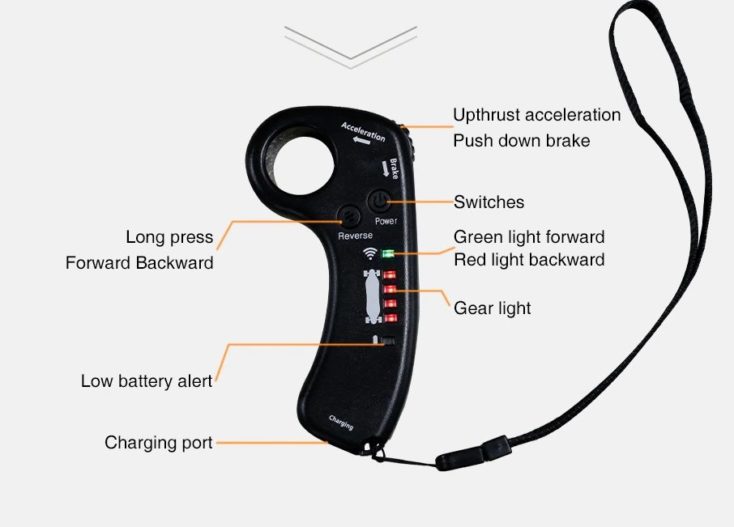 The integrated battery has a capacity of 93.6 Wh, which results in a maximum range of 15 km. Since this naturally also depends on speed, incline and weight, a value of about 12 km is probably more likely for practical use. The battery is protected against overcharging, overheating, short-circuits and shocks. It is also equipped with a kind of sleep timer, so that the motor automatically turns off when you pause for longer than ten minutes. The battery is recharged within two hours with the included power adapter.

Use in road traffic

As mentioned at the beginning, e-skateboards are currently not permitted, at least in Germany. The regulation for miniature electric vehicles specifies that such an e-mobility gadget must be equipped with a steering or grab bar, which is of course missing in a skateboard. Apart from that, the maximum speed of 25 km/h would also be a problem at least for this model. Accordingly, you are not allowed to participate in road traffic with the DIY e-skateboard kit and only ride it on private property.

The ACTON X1 e-skateboard was one of my absolute China gadget highlights so far, even though I was never allowed to ride it on the street. At the latest since the release of the Boosted Board, there is a little hype around e-skateboards, at least in the US, here the StVO slows you down. Nevertheless, the TeamGee H3 DIY e-skateboard kit is a really cool idea, because you can choose your favorite deck. Until Germany revises its electric micro-vehicle regulations, you’ll probably have to resort to scooters like the Xiaomi Mi 1S e-scooter.

Would you use an e-skateboard if it were allowed in Germany?