0 Kommentare May 2, 2020by Jens
Hey, guys! Just a heads up: The linked offer is already a bit older and the price of the gadget might have changed or it might not be available anymore.

The DJI Mavic Air 2 features a 4K camera, many intelligent recording modes and an impressive range of up to 10 kilometers with a battery life of 33 minutes. Does it find its place between Mavic 2 and Mavic Mini? 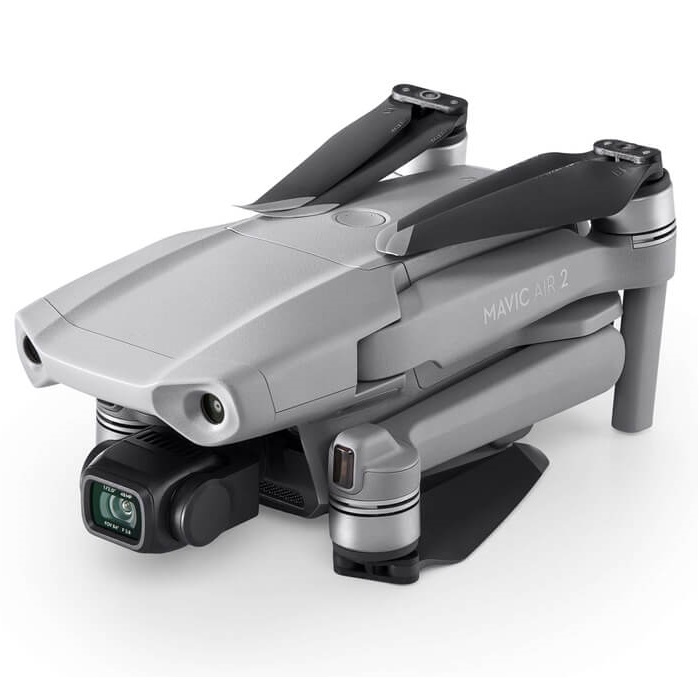 When the Mavic Air was launched in early 2018, it was in a somewhat strange position between two other models. The DJI Spark offered a similarly good feature set, albeit only with a Full HD camera. But the cheapest version was only half the price of the Mavic Air, and it is still very popular today. And if you were willing to spend more, you could also go for the Mavic Pro, which already had much better specs.

Does the Mavic Air 2 suffer the same fate? To prevent this, DJI has equipped the new drone with some interesting features. For example, it advertises with a range of 10 kilometers (FCC; CE: 6km), which even surpasses the Mavic 2 Pro. This allows even more freedom when filming. 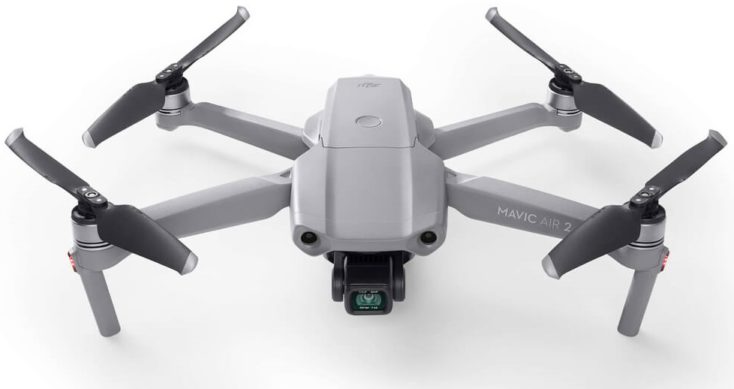 The Mavic Air 2 has a 3-axis gimbal, the camera can shoot at 4K at 60 fps. With Full HD, it can also record up to 240 fps. In addition, 1/2 inch CMOS sensor also takes photos at 48MP. HDR is supported for videos like photos and also panorama shots.

As for the different shooting modes, Mavic Air 2 has a comprehensive motion tracking system with FocusTrack. Front, rear and under-drone sensors avoid collisions. This is where it stands out from the current low-cost DJI drone, the Mavic Mini, which lacks all this. But the Mavic Air 2 has QuickShots in common with its little sister: short, automatic camera movements with one person in focus. In addition, as with the Mavic 2 Pro, there is a hyperlapse function, i.e. a moving time-lapse shot. 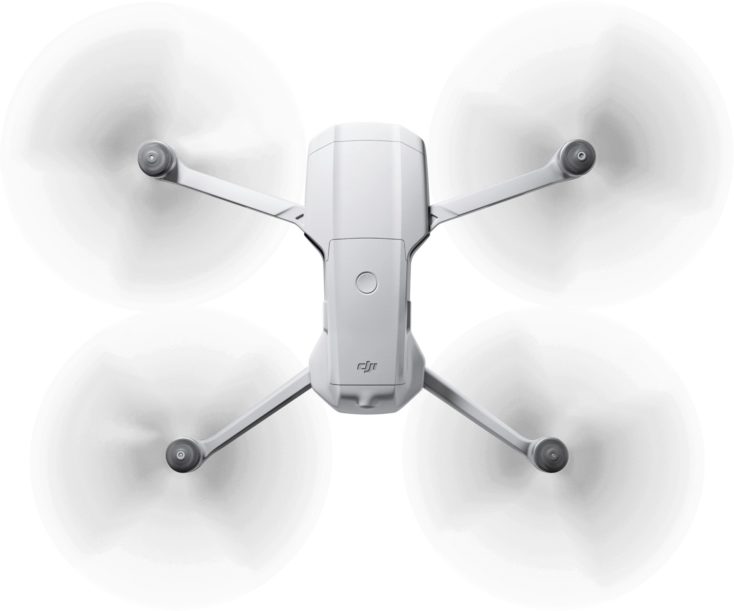 The Air 2 has also changed its appearance in contrast to the previous version and adapts to the Mavic design. It now looks exactly like a drone between Mavic Mini and Mavic 2 Pro. The arms are foldable and the removable battery is on top. As usual, DJI also sells the drone in a Fly More combo, which contains a total of three batteries, a carrying bag and other accessories.

The DJI Mavic Air 2 sounds exciting, but that alone does not mean anything. Like the first version two years ago, there is a better DJI model: the Mavic 2 Pro, equipped with the very good Hasselblad L1D-20c camera, or the Mavic 2 Zoom, which has an optical zoom. However, both are at least $400 more expensive, which could be the decisive argument for one or the other.

A comparison with the Mavic Mini is actually out of the question, as it really can do much less. But the target group might be a different one. The Mini is also only half as expensive.

What is your opinion? Does the Mavic Air 2 cover an existing need or do you find it rather uninteresting?