4 Kommentare November 2, 2019by Jens
Hey, guys! Just a heads up: The linked offer is already a bit older and the price of the gadget might have changed or it might not be available anymore.

The DJI Mavic Mini is the smallest drone from industry leader DJI to date. Yes, even smaller than the popular DJI Spark. This could finally be replaced with the new drone. 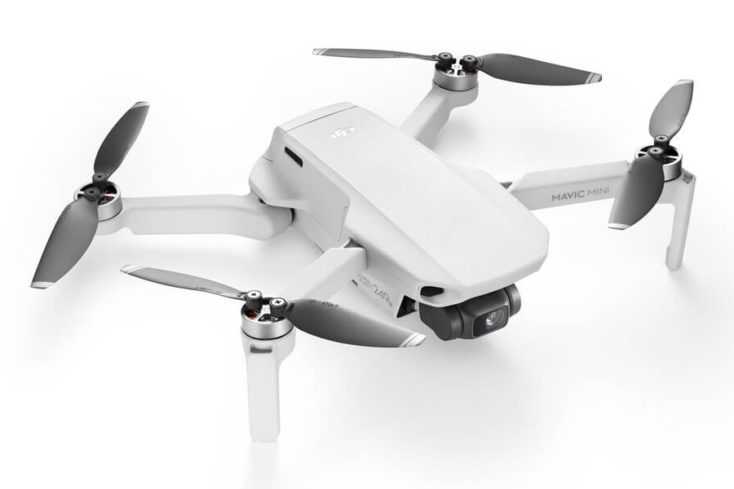 More than two years ago, in the summer of 2017, DJI launched the DJI Spark. The small drone was conceived at that time as a cheap and compact alternative to the DJI Mavic and still enjoys great popularity today. Especially the low price compared to the more than $1000 Mavic made it interesting for beginners. For this reason, it remained popular until the end, even though it was technically no longer able to keep up with the new flagship Mavic 2 Pro. The Mavic Mini is now also in the same league.

Mavic Mini – The name says it all

It’s even smaller than the Spark. When folded, the drone measures 140 × 82 × 57 mm, with arms folded out and propellers 245 × 290 × 55 mm. But even more important than the compact size is the weight. Here DJI manages a precision landing, because the Mavic Mini weighs 249 grams according to the data sheet. This is very lightweight. 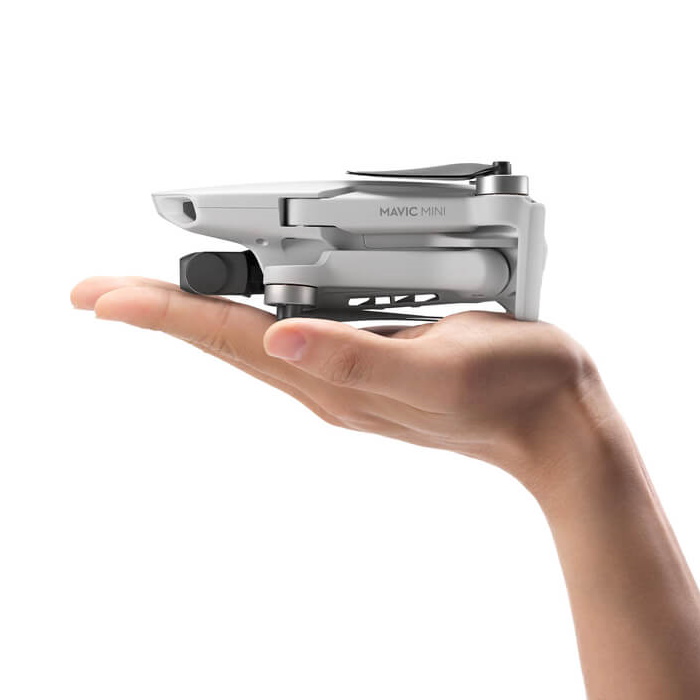 What other features does the new drone have? The camera can record videos at up to 2.7K in 30 fps. Full HD resolution also includes 60 fps. This puts it well behind the Mavic 2 Pro, which can also do 4K, but ahead of the Spark. The camera hangs on a 3-axis gimbal, which ensures stable shots.

The replaceable battery has a capacity of 2,400 mAh and should last for up to 30 minutes flight time. A great value that is almost on a par with its big sister Mavic 2 Pro. The maximum speed of the drone is 13 m/s, equivalent to 47 km/h. However, the drone doesn’t have sensors to detect obstacles (apart from sensors on the underside), which is the only real disadvantage compared to the Spark, which has a collision avoidance sensor at the front. That wasn’t possible with the limited space available.

For me, the price at which DJI is now launching the drone on the market is amazing. The DJI Mavic Mini is already available for $399, which can be described as cheap by DJI standards. And in contrast to the Spark even a remote control is included as standard. Alternatively there is also here again a Fly-More-Combo, which is not much expensive with $499. Here you also get a bag, prop guards and two extra batteries as well as a few more spare parts. In addition, there is an additional two-way charging station that can be used to charge all three batteries at the same time. So it might be worthwhile to invest more directly and buy the Combo (before you end up buying batteries and accessories anyway). 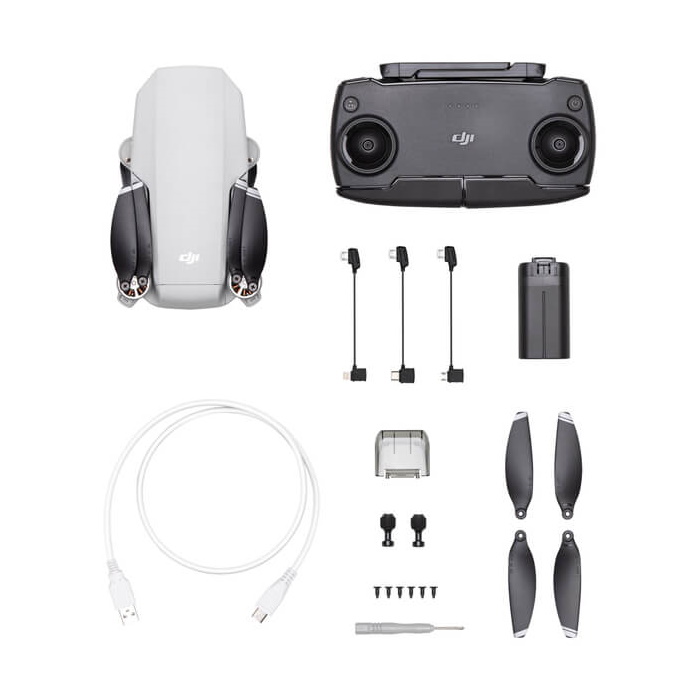 The Mavic Mini can now be pre-ordered at DJI and will be delivered from mid-November 2019.

Obviously DJI has newcomers and less willing to pay customers as a target group in mind. The drone lacks many features that make the Mavic 2 Pro so ideal for amateur filmmakers and semi-professional pilots. However, there is a tracking function and the possibility to shoot “dronies“. Even compared to the Spark some functions are missing, but a real plus is the a) small size and b) the weight of less than 250 grams.

We were big fans of the Spark, which accompanied us on some trips. If the Mavic Mini really wants to succeed it, we are basically ready for it and look forward to the improvements. How do you like the new Mini Drone?