0 Kommentare July 14, 2019by Jens
Hey, guys! Just a heads up: The linked offer is already a bit older and the price of the gadget might have changed or it might not be available anymore.

DJI, world market leader in the field of civilian drones, presented its own OSMO Action Cam for the first time on 15 May. Now you can directly attack GoPro and YI technology. After the DJI Mavic 2 and the still popular DJI Spark, will the manufacturer succeed in creating a hit on the action cam market? 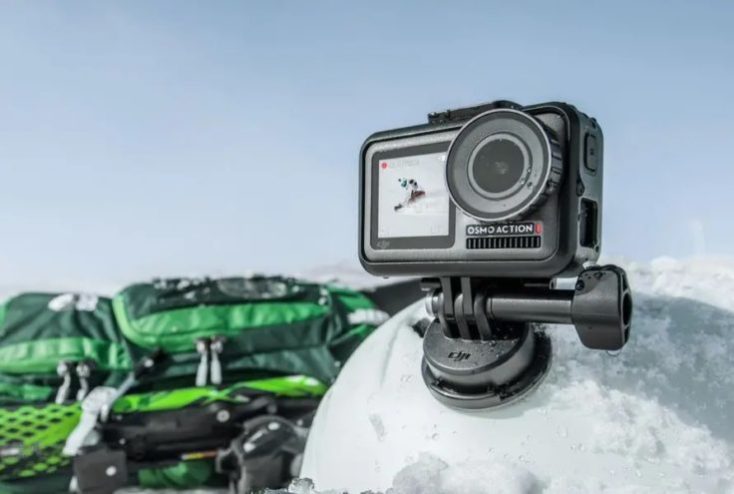 The announcement was quite surprising, even though the step from camera drones to an action cam doesn’t seem so unusual. With the DJI Osmo series you already have camera gimbals in your portfolio. Especially the experiences with the stabilizing gimbals have been used in the development of the Action Cam and the video stabilization. Of course, this also works at 4K and 60 fps. But first to the outward appearance.

Design of the Osmo Action

The camera already has some special features on the outside. The very large lens resembles a GoPro, but is round instead of square. Next to it is a 1.4 inch color display. In most cameras, the additional display is used to display information about the recording. Thus, the battery status and the recording time can be read. Here, however, one can additionally display the image of the camera in order to align it better when one is in front of the camera.

The DJI Osmo Action is also waterproof without an additional case – according to the manufacturer up to a depth of eleven meters. An additional case, which also allows deeper dives, will also be available later. SJCAM goes in the same direction with the announced SJ9. Its release date is still not fixed.

The Action Cam is operated via the three buttons or the touchscreen. ” SnapShot” is promoted as a special feature. Even when the camera is switched off, a photo can be taken within two seconds by pressing the shutter release button if you want to take a particularly fast picture and don’t want to miss a moment.

Additionally the Osmo Action will be usable together with the app DJI Mimo, which was already used for the Gimbals of the Osmo series.

As mentioned before, the camera records in 4K with up to 60 frames per second – but anything else would have been a disappointment. The in-house EIS technology (Electronic Image Stabilisation) RockSteady is supposed to ensure smooth shots. If you record “only” in Full HD (1080p), you can even do it with up to 240 fps. This makes eightfold slow-motion shots possible. 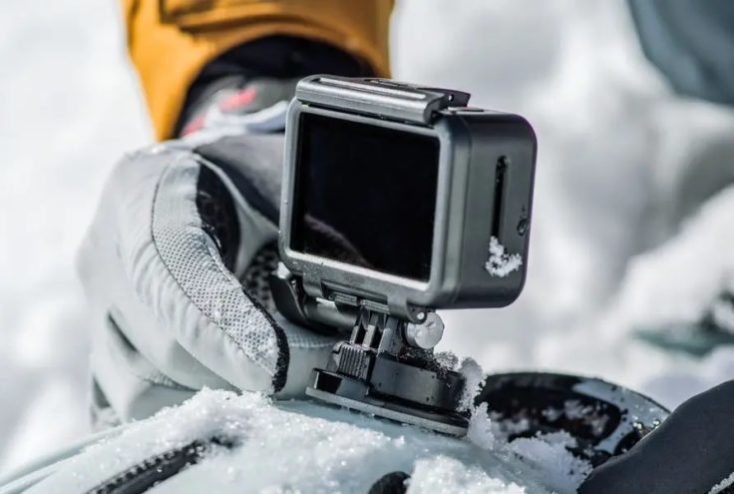 HDR videos, which can also be recorded with the new Action Cam, should offer an even larger contrast and color range. However, this is only possible with 30 fps at 4K.

The 1,300 mAh strong battery should allow 93 minutes of shooting – at 4K, 30fps and activated image stabilization. If you record in 1080p and 30 fps without EIS, even 135 minutes should be possible.

Only the missing GPS support is a disadvantage compared to the GoPro Hero 7. Apart from that the Osmo action on paper is at least as good, potentially even a whole step better. This is currently also reflected in the price. DJI sells the camera in their own online shop for $349. The GoPro Hero 7 Black costs about the same on Amazon, but is also often available at a much lower price. The YI 4K+, which is also technically not as good as the Osmo, is even available for less than $200.

Nevertheless, if the DJI convinces Osmo Action in practice, it could conquer the throne for itself. The Mavic 2 isn’t cheap either, but it delivers sophisticated features not only for recreational but also semi-professional use. The Osmo Action could also be in this notch. What is your opinion about the Action Cam?