0 Kommentare June 20, 2019by Jens
Hey, guys! Just a heads up: The linked offer is already a bit older and the price of the gadget might have changed or it might not be available anymore.

DJI, world market leader in the field of civilian drones, has introduced a programmable learning robot. The name: Robomaster S1. It also has a cannon that can really shoot, and with which it can duel with other models. And of course he can also drive on his own using AI technology. A paradise for robot fans? 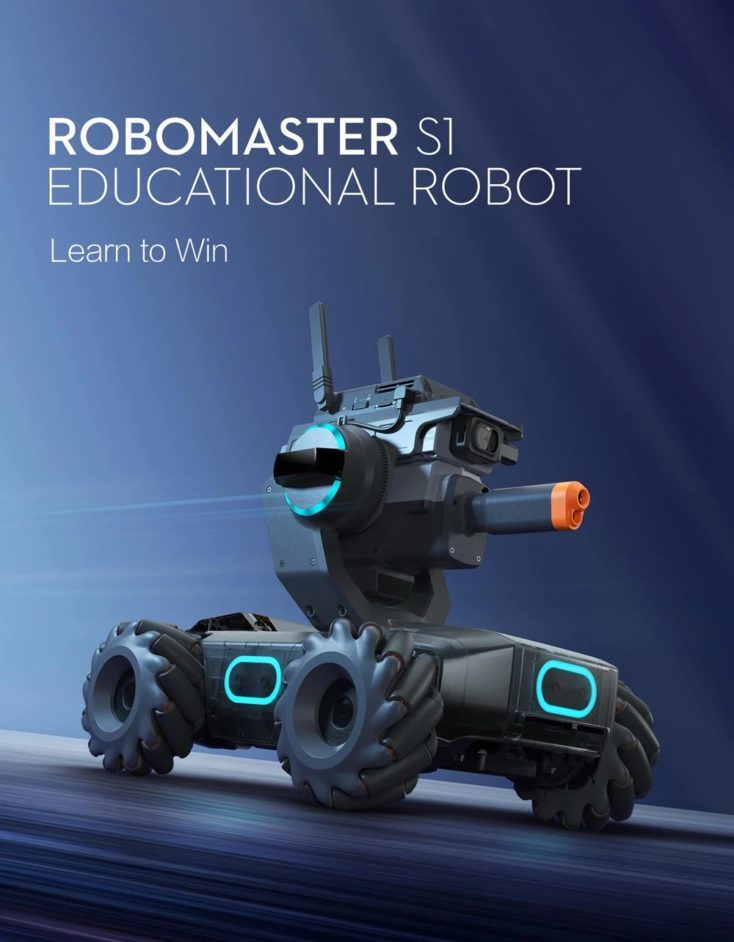 Robomaster S1. Just this name. Only if it had been called “Robomaster 9000”, it would have been even cooler. The whole design is like the wet dream come true of every twelve year old. A vehicle, almost like a tank; the design threateningly black with only a few LEDs. The Robomaster is also not shipped fully assembled, but in individual parts that have to be assembled first. This alone makes for a lot of fun and reminds us of the days in the children’s room when we set up Lego kits.

Once set up, it can be controlled via a smartphone app (which DJI offers for free download here on its own website). In addition, there is a camera in the front of the tower, directly above the cannon, which transmits a live image (FPV) directly to the mobile phone. 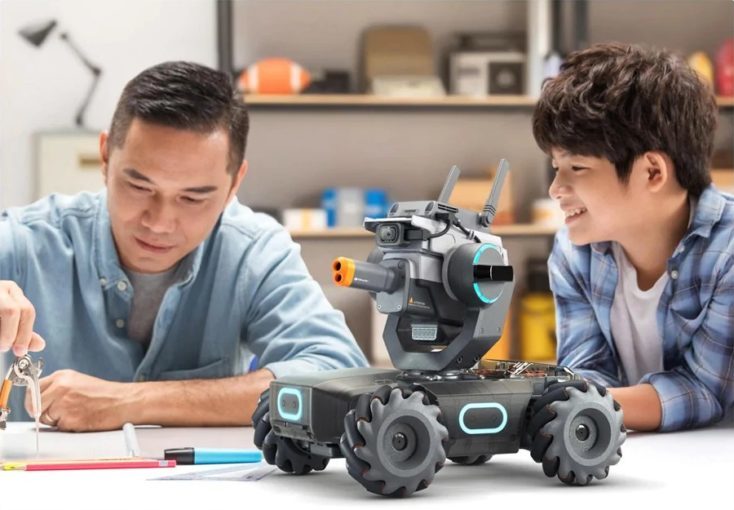 The turret is freely rotatable and the cannon can be equipped with small gel balls. This becomes exciting when two Robomasters meet. The blue rings on the sides are sensors that register hits. The ring on the tower is a life indicator, which decreases after a hit, until it is finally emptied. Exciting duels are thus possible, targeted via the smartphone display.

Even the tyres still have a special function: they are so-called Mecanum wheels, which are coated with narrow rollers. These enable the Robomaster to drive sideways (“strafen”) without having to turn the individual wheels. In curves it sometimes looks as if it is drifting. For all functions, take a look at the animations DJI has created – it really looks damn futuristic. 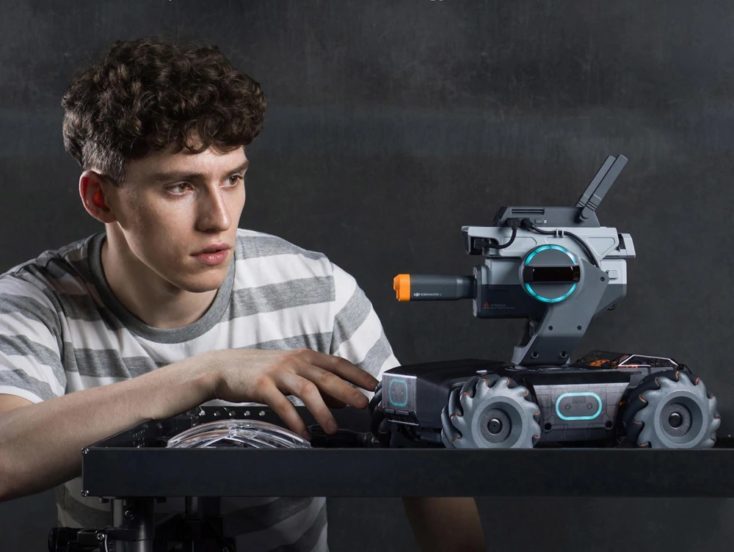 Not only strong, but also smart

The reason DJI calls the Robomaster “educational” is that the robot is also programmable. A total of 46 individual components and 6 AI modules can be programmed via Scratch and Python.

The motto: “Learn to Win” reads like an educational call to society (if you want to interpret a little bit much into it ? ). But of course it underlines how much DJI has a younger target group in mind, who should discover the fun of technology by assembling, programming and playing. This video, produced by DJI, shows exactly how this is imagined:

You can’t help but stare at the screen and say, “Wicked!” What would we not have wished for in our childhood days exactly such a toy. Even now it should be the grown-up children who take the Robomaster S1 home. One or the other father will end up spending more time with it than the son to whom he actually bought the robot. Last but not least this is also due to the price, because for $699 you don’t “just” get a toy. For the US, Japan and China, the Robomaster is available for $499 at DJI directly. So you can also get your hands on the Robomaster in this country. And, which one of you gets weak and gets it? ?